Nearly 43,000 Californians are under evacuation orders as a dozen large wildfires continue to rage across the state.

The wildfires have already destroyed hundreds of homes and more than 500 households are in shelters, Mark Ghilarducci, director of the California Office of Emergency Services, said. 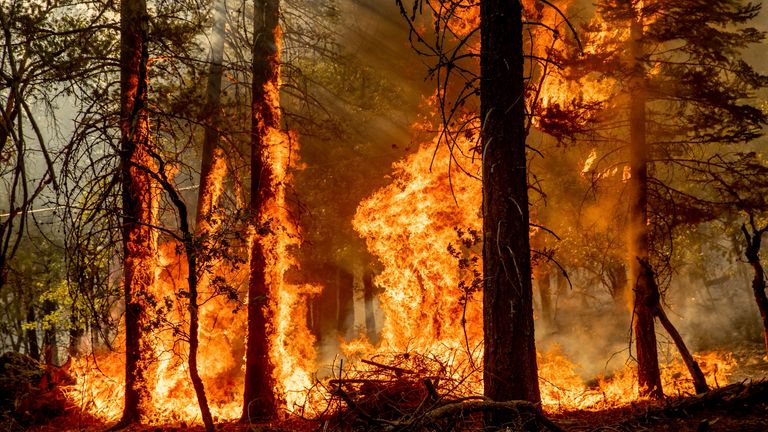 The declaration would provide housing, food aid, unemployment and governmental emergency costs if approved, he added.

There were also concerns about the Caldor Fire southwest of Lake Tahoe, which has destroyed more than 166 sq miles (430 sq km) of El Dorado National Forest and at least 447 buildings, leaving more than 17,000 structures under threat.

Two police officers were in a critical condition after a head-on collision as they headed to the Caldor Fire, Mr Ghilarducci said.

The blaze is just 5% contained and has become the nation’s number one priority for firefighting resources, said chief Thom Porter, director of the California Department of Forestry and Fire Protection (Cal Fire).

He said: “It is knocking on the door to the Lake Tahoe basin.

“We have all efforts in place to keep it out of the basin but we do need to also be aware that is a possibility based on the way the fires have been burning.” More than 13,500 firefighters have been deployed across the state to tackle the blazes.

To the north, the Dixie Fire was 40% contained, but it has burned more than 1,130 sq miles (2,926 sq km) in the northern Sierra Nevada and southern Cascades.

It has destroyed 1,259 buildings, including 78 single-family homes, Cal Fire said. Nearly 13,000 structures were under threat. 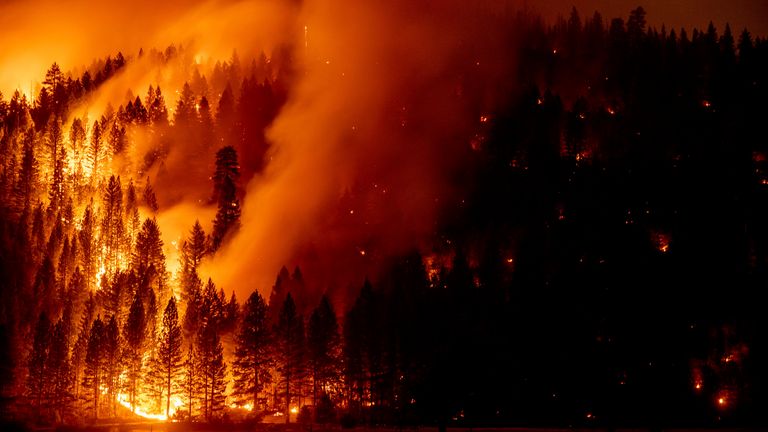 In Nevada, nearly 67,000 students were affected as public schools in the Reno and Sparks area and parts of Lake Tahoe were closed on Monday due to wildfire smoke. 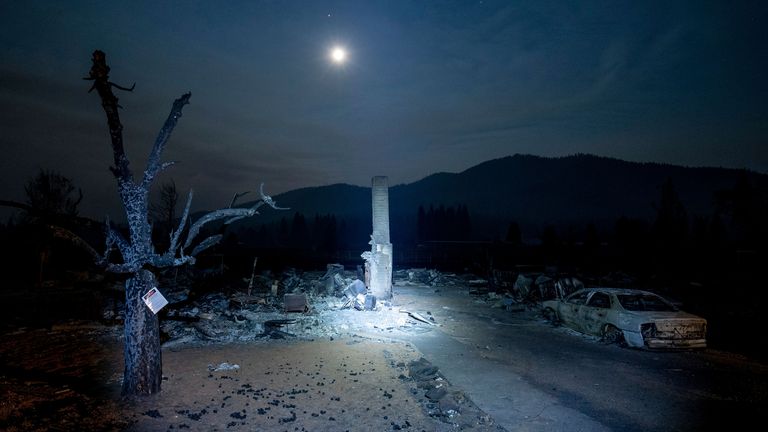 Most of the fires are burning in Northern California, where a seven-day outlook warned of moderate fire danger.

But in Southern California, moist ocean air has been keeping temperatures cooler than normal. 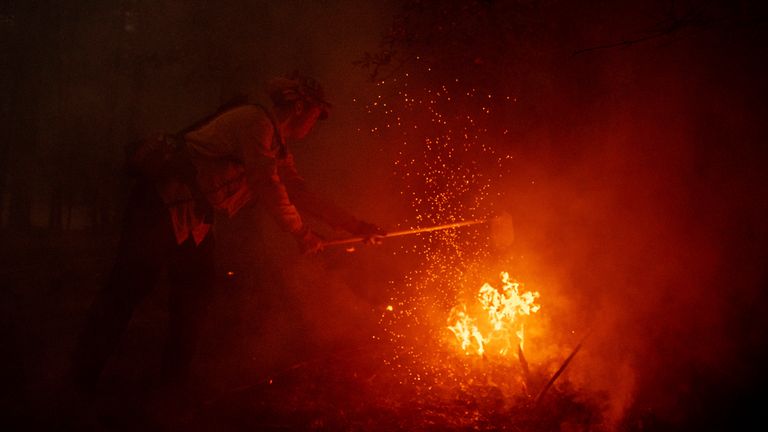 Mr Porter said it meant there was low potential for new fires in Southern California, allowing for resources to be surged to the north. 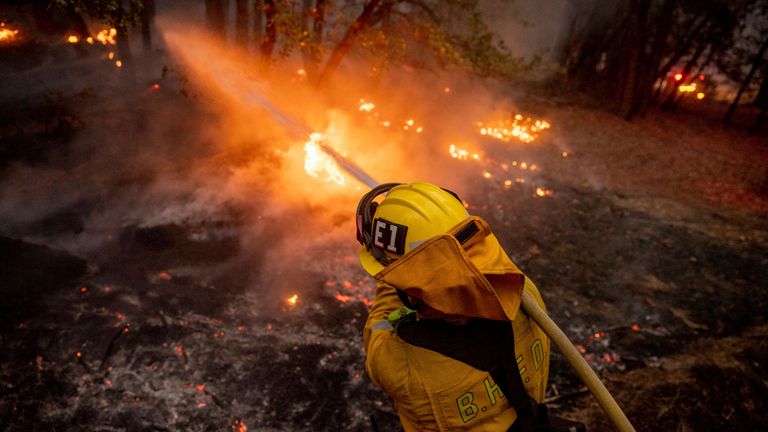 Meanwhile, Los Angeles officials have warned residents to be aware of what is going on to the north because the region’s high fire season typically comes late in the year.

“That awareness is going to help us when it happens here in Southern California,” Los Angeles Fire chief Ralph Terrazas said.

Canada is nowhere near herd immunity to the novel coronavirus as second wave surges: Tam