Outraged protesters from Sydney to London continue rallies against racism and police brutality. 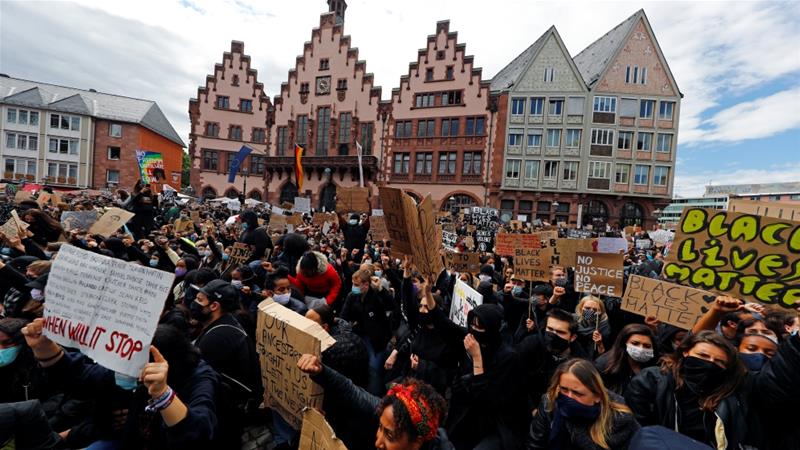 The death at police hands of George Floyd, an unarmed Black man in the US state of Minnesota, has brought tens of thousands out onto the streets during a pandemic that is ebbing in Asia and Europe but still spreading in other parts of the world.

“It is time to burn down institutional racism,” one speaker shouted through a megaphone outside the Parliament building in London.

“Silence is violence,” the throng shouted back in the rain.

Officials around the world have been trying to balance understanding at people’s pent-up anger with warnings about the dangers of a disease that has officially claimed nearly 400,000 lives globally.

Yet tens of thousands of Australians defied Prime Minister Scott Morrison’s call to “find a better way”, and thousands more in the United Kingdom ignored the health minister’s warning that the “coronavirus remains a real threat”.

“We want justice. We want to breathe,” hundreds chanted in Tunis, as demonstrations convulsing US cities spilled out across the world.

“Are you sure of your silence,” asked a poster of a man laying a pink rose at a memorial set up outside the president’s office in Pretoria, South Africa. 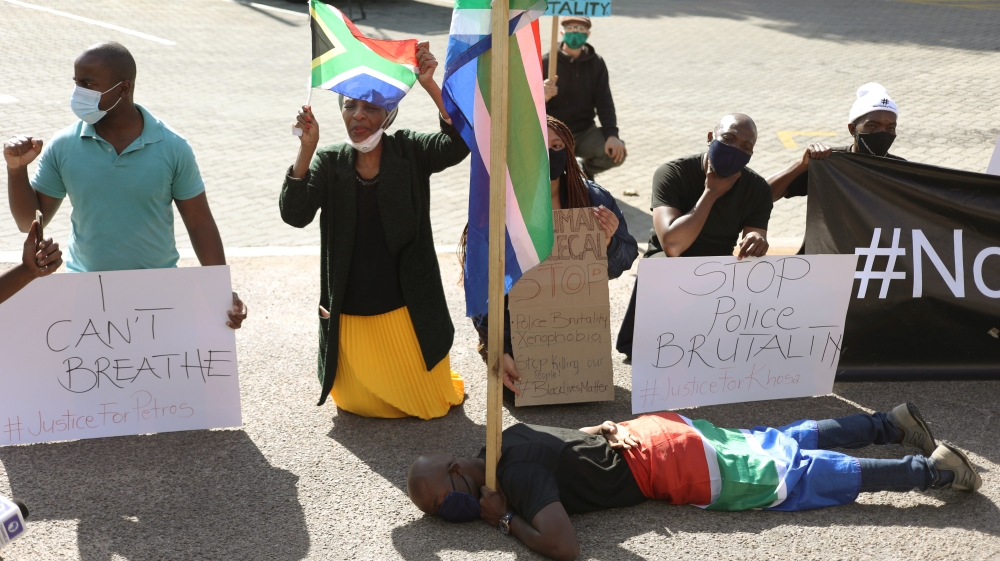 In Paris, riot police held back a crowd of several thousand who gathered outside the US embassy compound for an unsanctioned protest.

“I find it scandalous that all these injustices go unpunished,” Dior, a 21-year-old Senegalese-Ivorian student, said amidst crowds holding up placards reading “Being black is not a crime” and “Our police are assassins”.

“How many more?” asked a poster held up in a crowd of thousands in Frankfurt.

In North Carolina, a long line of cars snaked its way down a highway as mourners arrived for a viewing and memorial service at a church not far from Floyd’s hometown.

And tens of thousands were again expected in Washington, DC where Mayor Muriel Bowse renamed the area outside the White House “Black Lives Matter Plaza”.