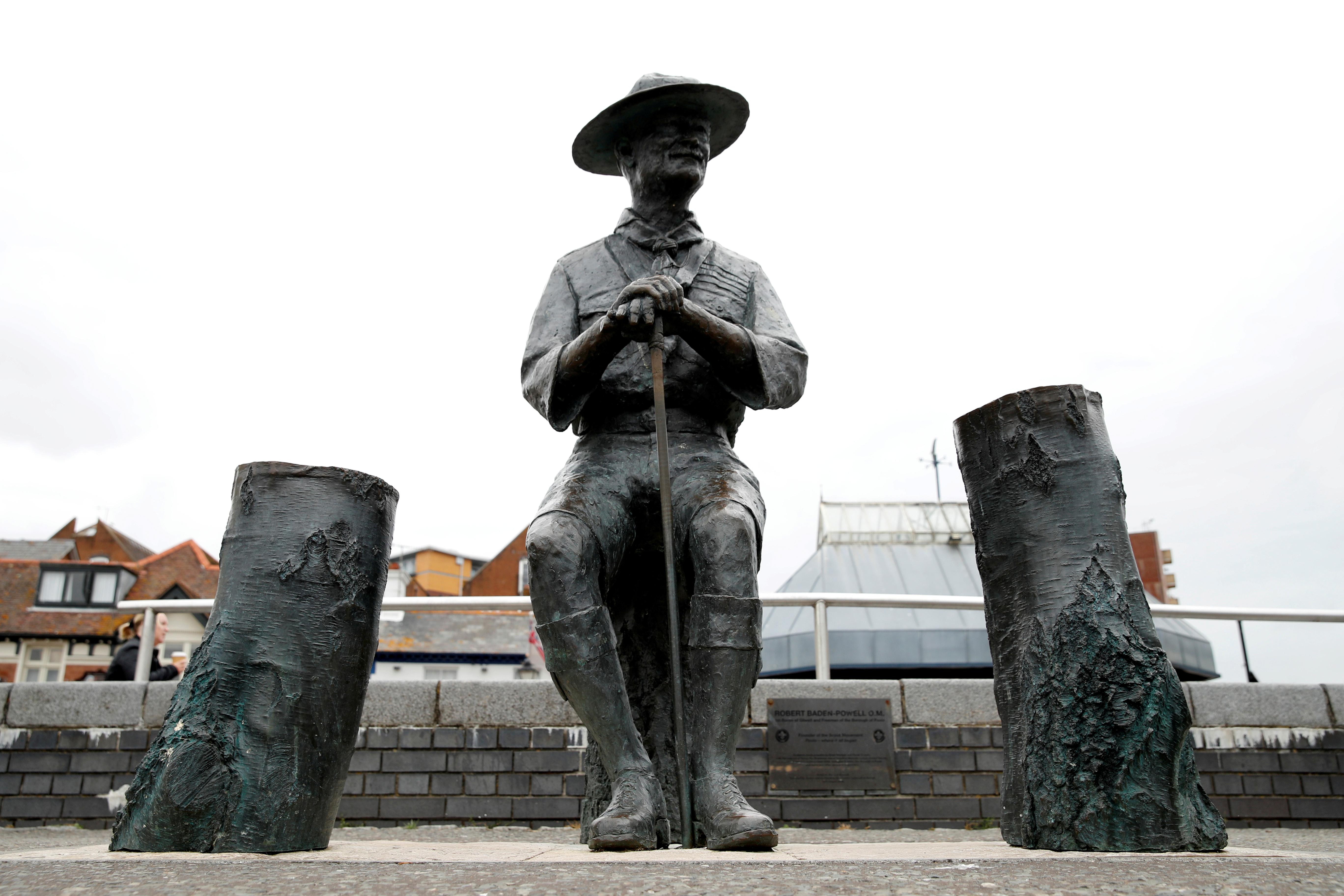 LONDON (Reuters) – A local authority in southern England said it would remove a statue of Robert Baden-Powell, founder of the worldwide scouting movement, the latest memorial to be taken down in the wake of anti-racism protests sparked by the death of George Floyd.

The demonstrations sweeping across the United States and Europe following the death of Floyd in Minneapolis have reignited a debate about monuments to those involved in Britain’s imperialist past.

Poole council said on Thursday the statue of Baden-Powell, a British Boer War hero, would now be moved from its location on the quayside of the seaside town where it has been for just over a decade to safe storage while there were discussions with local communities about its future.

“Whilst famed for the creation of the Scouts, we also recognise that there are some aspects of Robert Baden-Powell’s life that are considered less worthy of commemoration,” council leader Vikki Slade said.

His statue currently looks across the harbour to Brownsea Island where he started the scout movement in 1907.

While Baden-Powell, who in 2007 was voted the 13th most influential person in the United Kingdom in the 20th century, was hailed as far-sighted for setting up the scouts, critics said he held racist views and was a supporter of Adolf Hitler and fascism.

Last Sunday, protesters in Bristol, western England, pulled down and threw a statue of 17th Century slave trader Edward Colston into the harbour. It was retrieved on Thursday and the local council said it would be displayed in a museum.

Other memorials have also since been removed and councils run by the opposition Labour Party said they would review the “appropriateness of local monuments and statues” on public land.

Poole Council said it had taken action to “minimise the risk of any public order” with other effigies, such as a statue of World War Two leader Winston Churchill opposite parliament, becoming targets during protests.