Ms Skabeyeva discussed former Formula 1 boss, Bernie Ecclestone’s comments about taking a bullet for Russian President Vladimir Putin. The Russian state media host claimed that Putin was a first-class person despite Western critics who claim otherwise. And went on to state that Putin was doing everything for Russia, and claimed that the West were now panicking over Mr  Ecclestone’s comments. Mr Ecclestone’s statements have been condemned by Formula 1, racing champions and the British public.

Ms Skabeyeva told Russia 1: “You won’t believe it, friends and comrades, but it turns out Putin is a first-class person.

“He’s doing everything for Russia and now I’m quoting ‘I’d take a bullet for him.’

“The former head of Formula 1 made that remark on Good Morning Britain and on Talk TV.

“Right now in Britain they’re panicking, but it’s worth it, watch this.” 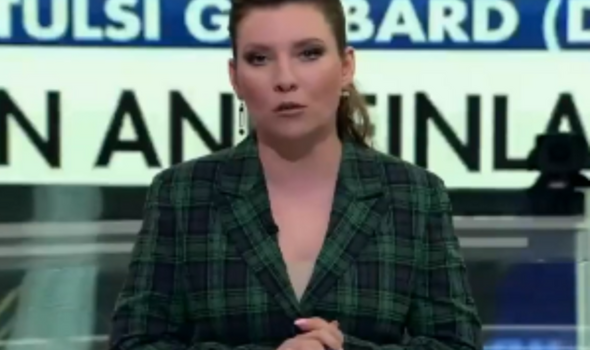 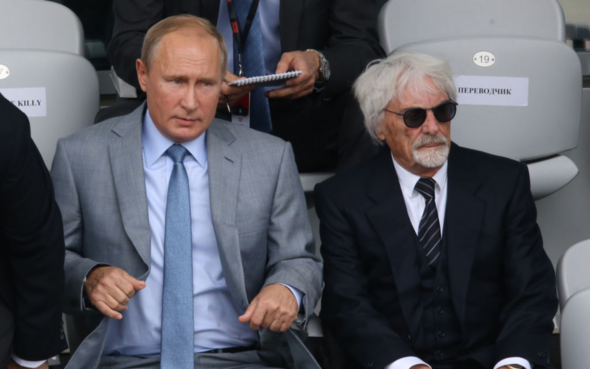 Mr Ecclestone was asked by Journalist Kate Garraway if he would disconnect from Putin following the invasion of Ukraine.

“I’d rather it didn’t hurt but if it does I’d still take a bullet. He’s a first-class person and what he’s doing is something he believed was the right thing, he was doing it for Russia. Unfortunately, he’s like a lot of business people, certainly like me, we make mistakes from time to time.

“When you have made a mistake you have to do your best to get out of it.” The former F1 boss also hit out at President Zelensky who many have praised over his handling of the conflict.

“The other person in Ukraine (Zelensky). His profession I understand used to be a comedian and I think he seems as if he wants to continue that profession. I think if he’d have thought about things he would have definitely made a big enough effort to speak to Mr Putin who is a sensible person and would have listened to him and probably done something about it.”

He also claimed the subsequent deaths from Russia’s invasion of Ukraine weren’t “intentional”.

Mr Ecclestone has faced major backlash from the West over his support for Russian President Vladimir Putin due to his illegal invasion of Ukraine.

The former Formula 1 boss has previously sat next to Putin when he attended Formula 1 racing tournaments.

And the pair have been reported to have a long-term friendship, but Mr Ecclestone has refused to tell the public when he last had contact with Putin.

Mr Ecclestone has also been accused of racism. due to him defending Nelson Piquet’s comments about Formula 1 driver Lewis Hamilton. 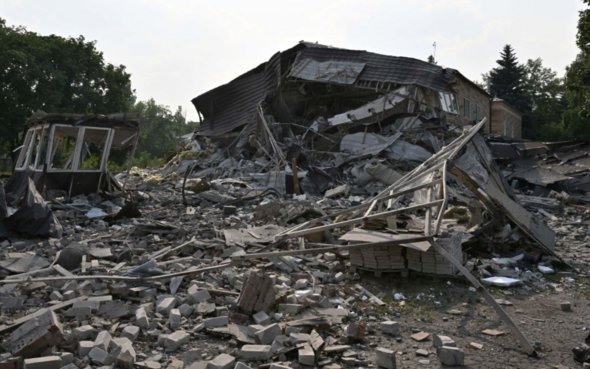 Formula 1 fans and those against the Russian invasion of Ukraine pushed for Mr Ecclestone to take back his comments, but he has refused to back down and apologise.

Mr Ecclestone went on to discuss his comments with journalist Piers Morgan despite mass condemnation over his first interview on the matter with Good Morning Britain.

Formula 1 had to issue a statement on Mr Ecclestone’s comments due to the outrage he caused.

Responding to Mr Ecclestone, Formula 1 said: “The comments made by Bernie Ecclestone are his personal views and are in very stark contrast to position of the modern values of our sport.”