BRASILIA (Reuters) – The approval rating of Brazil’s right-wing president, Jair Bolsonaro, is at its highest since he took office last year despite the country’s 105,000 deaths from the world’s second-worst coronavirus outbreak, a new poll showed on Friday. 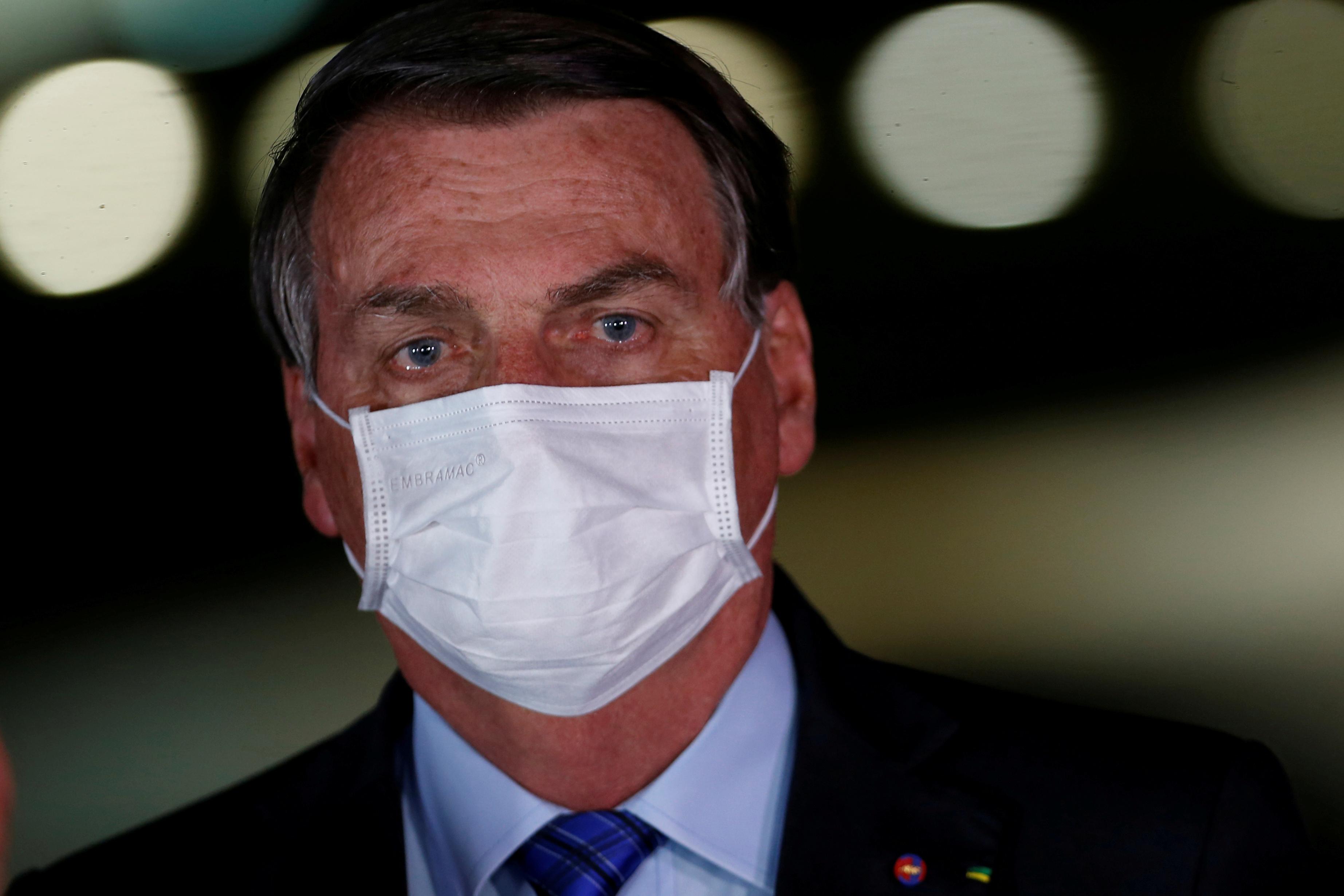 The Datafolha poll found that 37% of those surveyed viewed his government as great or good, compared with 32% in June, while his rejection rate has dropped 10 points to 34% who see his government as bad or terrible.

Bolsonaro has faced criticism for rejecting social distancing and lockdowns to curb the pandemic, which has yet to reach its peak in Brazil.

Datafolha said the poll show his main gains have been in the poorer and most vulnerable sectors of Brazilian society that have received emergency aid to make up for lost incomes.

Bolsonaro, who has recovered from a bout with COVID-19, welcomed the poll numbers and joked on Twitter: “Truth, half truth or fake News? Good morning, all.”

His spike in popularity comes as the government has been making emergency 600 reais monthly payments to low-paid and informal workers totaling more than 250 billion reais ($47 billion). The government is considering extending the payments as they expire in September.

Datafolha said the emergency relief program made the most impact on Bolsonaro’s approval standing in Northeast Brazil, a traditionally poor region where voters could decide his re-election chances in 2022. The president’s negative numbers have dropped to 35% from 52% in the region.

Datafolha pollster Mauro Paulino said three in five of the percentage point gain in Bolsonaro’s approval came from low-income informal workers who were the target of the emergency relief payments.

Brazil is suffering the world’s worst coronavirus outbreak after the United States, with 3.2 million confirmed cases and 105,463 deaths.

Datafolha interviewed 2,065 people August 11-12, and the poll has a margin of error of two percentage points up or down.