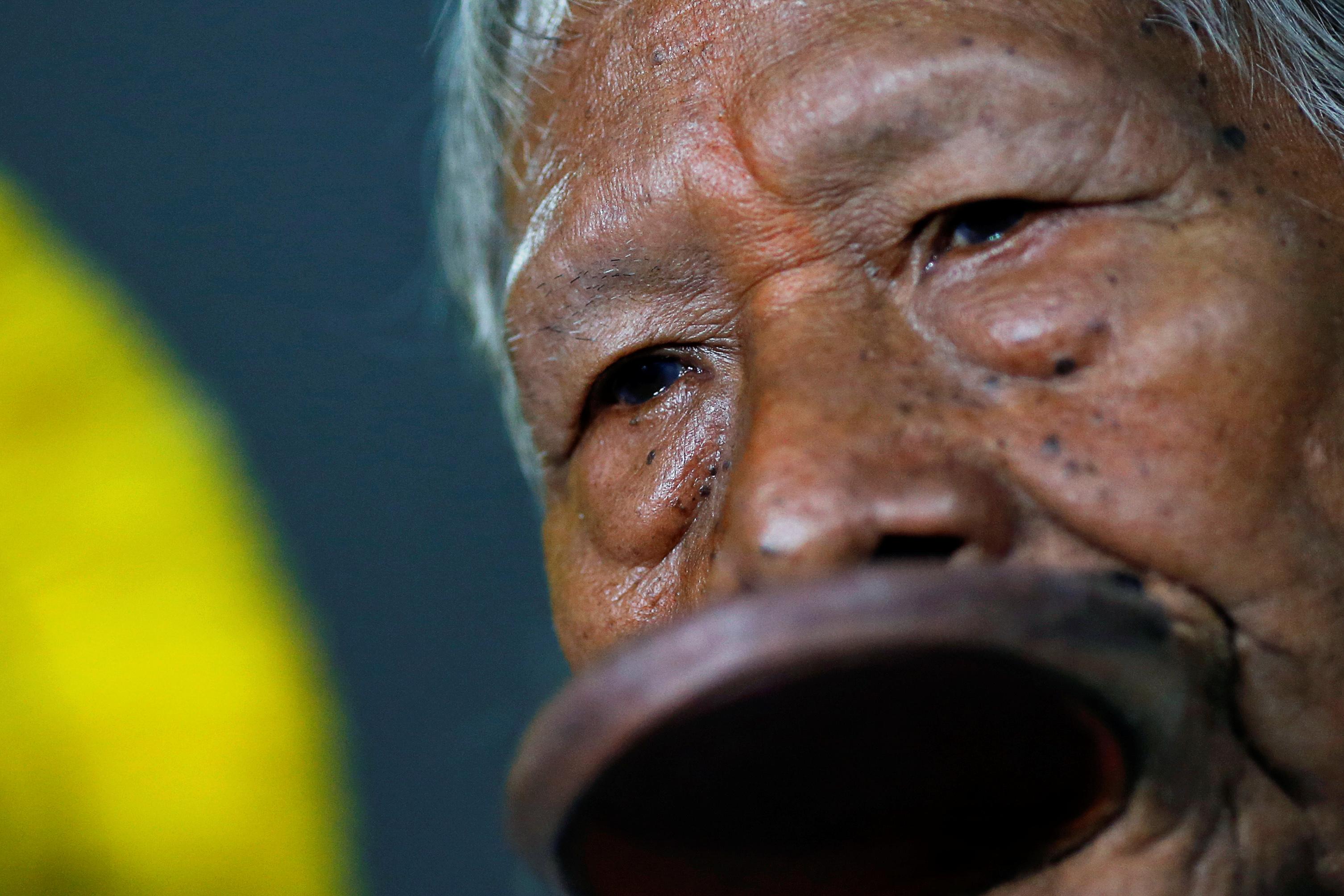 SAO PAULO (Reuters) – Brazil’s top indigenous chief Raoni Metuktire has been hospitalized with digestive bleeding, according to a post on the Facebook page of Raoni’s institute.

The 90-year-old Amazon icon is in a hospital in the city of Sinop, in Brazil’s central state of Mato Grosso.

Raoni started showing symptoms of dehydration eight days ago and was initially taken from his tribe to a hospital nearby, the post said.

The Kayapo chief has become the symbol of the fight to stop deforestation in the Amazon.

Last year, Raoni called on Brazil’s Congress to block President Jair Bolsonaro’s policies, which he said are destroying the Amazon forest indigenous people depend on.