MOSCOW (Reuters) – Belarus has revoked the accreditations of some journalists working for foreign media and covering anti-government protests that erupted after a disputed presidential election, news organisations and a journalist association said on Saturday. 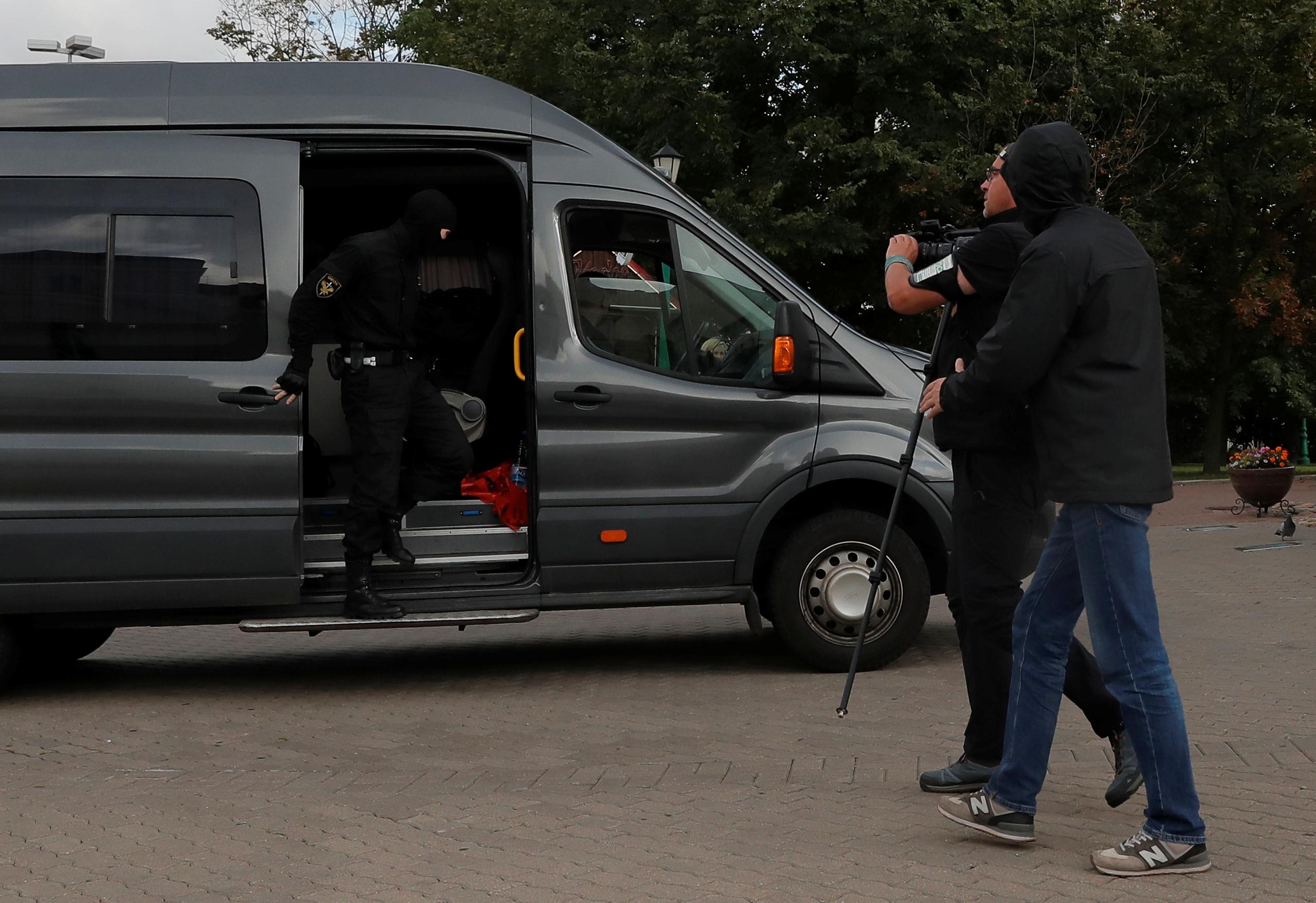 The accreditations, issued by the Foreign Ministry, were revoked for 17 journalists including a video journalist and a photographer from Reuters, two from the BBC and four from Radio Liberty, the Belarusian Association of Journalists said.

Foreign Ministry spokesperson Anatoly Glaz could not be reached for comment.

A Reuters spokesperson said in a statement that Reuters journalists had been stripped of their accreditation, adding “We are not aware of any acts by our Belarus journalists that might warrant loss of accreditation.”

“We hope the authorities will reinstate their credentials to ensure our journalists can continue to deliver independent, unbiased news in the public interest,” the spokesperson said.

Radio Liberty in a report on its website cited the Foreign Ministry as saying the decision to revoke the accreditations was taken for security reasons. The ministry declined to say how many journalists had lost their accreditation, Radio Liberty said.

In comments at a government meeting on July 23, President Alexander Lukashenko threatened to expel foreign journalists, accusing them of inciting protests against him before the Aug. 9 election.

Lukashenko denies opposition accusations that he rigged the election to prolong his 26-year rule. Thousands of people have taken to the streets to demand he step down.

The U.S. Embassy in Minsk issued a statement on Saturday that did not refer specifically to the revocation of accreditations, but said, “We are concerned by the continued targeting of journalists, the blocking of independent media and opposition websites” as well as intermittent internet blackouts and detentions of citizens exercising their rights of free assembly and speech.

The embassy could not be reached for further comment.

The BBC said in a statement that two journalists working for the BBC Russian service had had their accreditations revoked, with immediate effect, and called on the authorities to reverse the decision.

“We condemn in the strongest possible terms this stifling of independent journalism,” the BBC said.

Daisy Sindelar, the acting president of RFE/RL, a nonprofit that is funded by a grant from the U.S. Congress, said in a statement that “Stripping our journalists of accreditation on grounds of ‘extremism’ is a desperate and ominous move by an authoritarian government to stifle the independent media”.

US fires map: When will the US fires stop? How long do wildfires last?