No city is built to withstand blasts of the magnitude that tore through Beirut this week.

But Lebanon’s capital is more vulnerable than most, grappling at the same time with deep economic and political crises as well as the coronavirus pandemic.

Yet this Mediterranean port city is also more durable than many, having survived – scarred but not broken – a decade and a half of grinding civil war that ended in 1990, but was followed by years of unrest and instability caused by internal and regional turmoil. The colossal explosions at the Port of Beirut on Tuesday are by far the most devastating the city has ever experienced despite its long history of trauma.

There is hope the enormity of the tragedy will bring rival political factions together in the national interest – an act they are accused of neglecting for decades.

But once the immediate crisis is over, there is a high chance of further public demonstrations and unrest that could threaten to topple the already shaky government. 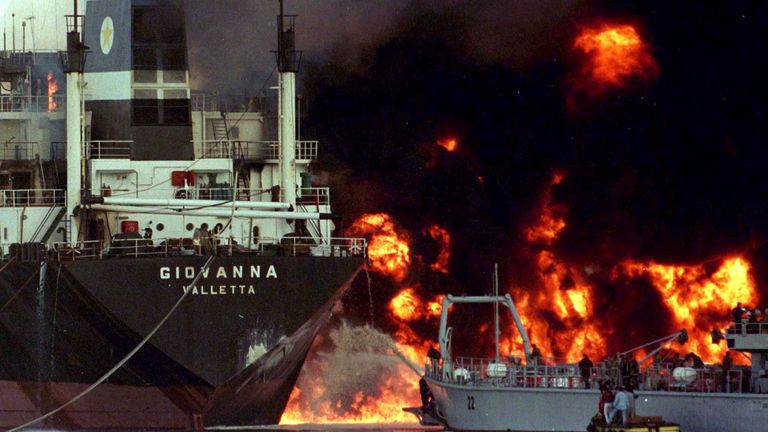 “I expect the aftermath of this explosion is going to be a revival of the political protests in Lebanon and calls for the current government to resign,” said Dr Lina Khatib, director of the Middle East and North Africa Programme at the think-tank Chatham House.

This country, at the heart of the most volatile region in the world, is no stranger to insecurity.

Many buildings in its capital bear the scars of war – bullet holes and shrapnel marks, long painted over but still a reminder of its past.

France was once the colonial power in Lebanon, a role it gave up in 1944, but the two countries still share close ties.

When the civil war erupted in 1975 it brought terror and death, turning Lebanon’s once vibrant, multicultural capital into a battlefield. 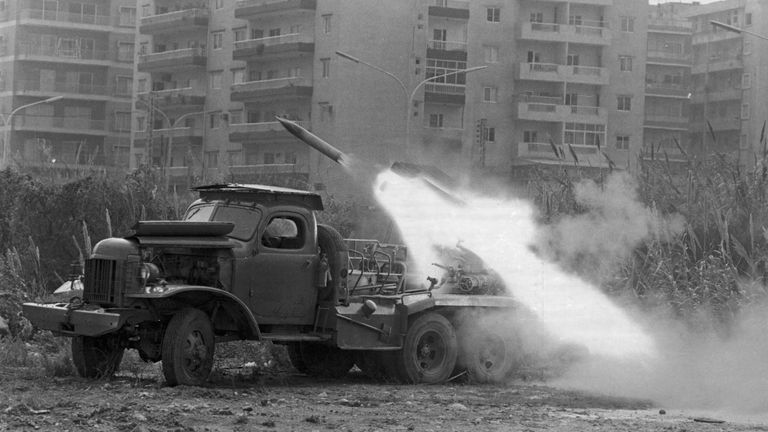 During these years the people of Beirut grew accustomed to the sound of explosions. It meant when the port blasts ripped through the city once again, many knew instinctively to move away from the windows to be better protected from shattering glass.

An agreement was finally brokered to end the civil war.

All militias dissolved with the exception of Hezbollah – a powerful Shia faction – but friction between different sects remained. 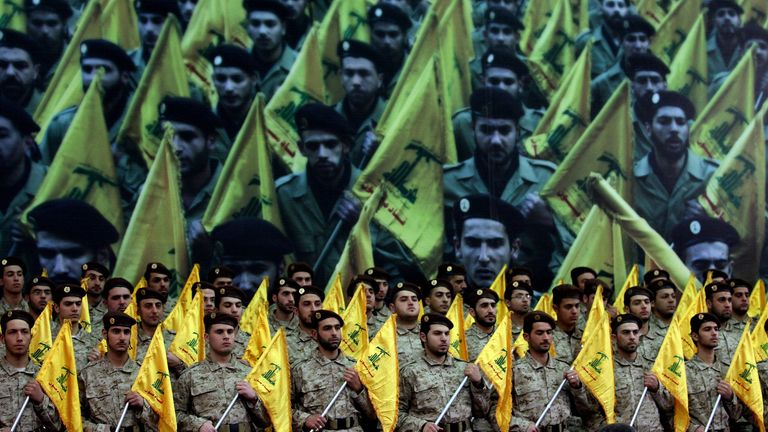 Lebanon’s political system is designed to include all of its different sects. Parliament is half Christian and half Muslim, while the prime minister must be a Sunni Muslim, the president a Maronite Christian and the speaker of parliament a Shia Muslim.

But rather than foster friendship, analysts say this structure simply fuels rivalry and self-interest. There are also widespread allegations of corruption.

“This political system is the cause of the economic deterioration in the country,” Dr Khatib said.

A new crisis struck Lebanon in 2005 when former prime minister Rafik Hariri was assassinated by a giant truck bomb that also exploded on Beirut’s seafront. 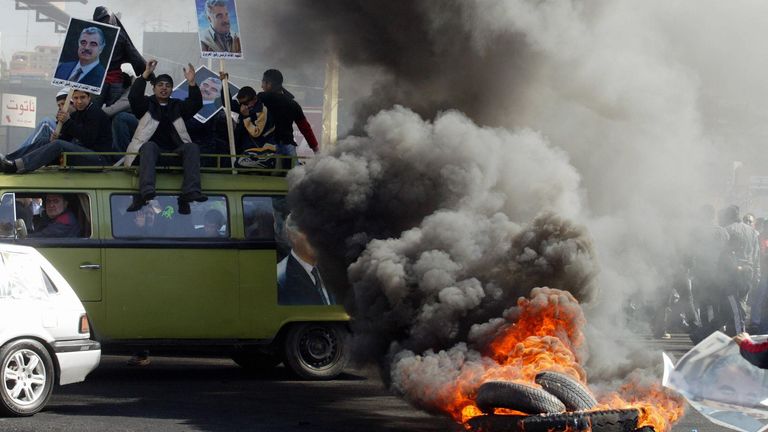 His killing triggered the “Cedar Revolution”. This comprised a wave of protests against next door Syria’s enduring military presence in Lebanon.

It ended with Damascus withdrawing its troops. 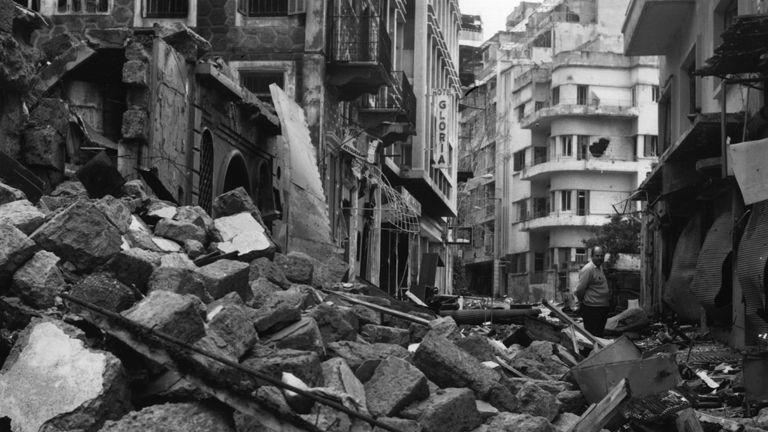 This created a new era for Lebanon, free from Syria’s presence and with Hezbollah entering government for the first time.

The following year, conflict returned to the country after Hezbollah crossed the border into Israel, kidnapping two Israeli soldiers.

The Israel-Lebanon war lasted five weeks. It left at least 1,200 people in Lebanon and 158 Israelis dead. In the aftermath, Hezbollah and its allies left the cabinet.

Finally last year, young people regardless of sect or political affiliation took to the streets in mass protests at the perceived corruption of sectarian politicians and their economic mismanagement.

Unemployment among people under 35 was at 37% and that was before the coronavirus pandemic and this latest port tragedy.

“Since the civil war Lebanon has not witnessed what we can really call stability,” said Dr Khatib.

Its capital shattered by the port blasts, Lebanon looks less stable than ever but this is a country the international community will not want to see fail. But this could well depend on whether the outpouring of assistance from nations across the world in the wake of this disaster can be shaped into an enduring package that will not just save lives now, but will also help Lebanon to rebuild and overcome its wounds of the past.

World War 3: US will spend China and Russia