MADRID (Reuters) – Swimmers and sun-bathers turned out in droves on Monday as Spain reopened nearly all its beaches as part of government steps to revive a devastated tourist industry. 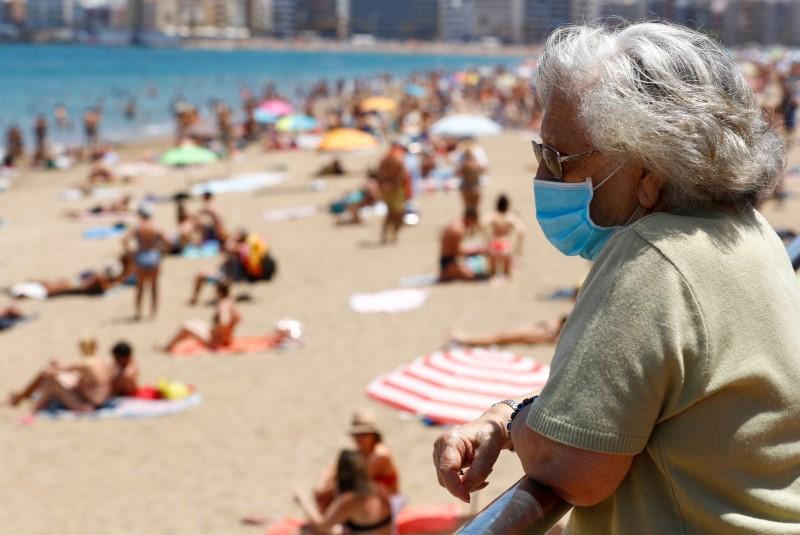 Spain also reported no new coronavirus deaths for the first time in months on Monday.

Bilbao’s Guggenheim Museum meanwhile reopened its doors, the first such institution to do so since the strict lockdown imposed on the country in mid-March began to be eased.

Seeking to entice international visitors back for a planned re-opening in July, the government said it aimed to guarantee health conditions.

“It’s not a question of being the first in reopening but to reopen knowing we guarantee the health not only of residents but also of visitors,” Industry and Tourism Minister Reyes Maroto told Telecinco TV.

Tourism accounts for one in eight jobs in Spain, the world’s second most visited country after France, and contributes more than 12% of Spanish GDP.

But revenues from tourism about halved in the four months to April and no tourists travelled to Spain at all that month because of the lockdown.

Spain has been one of the world’s worst-hit countries by the pandemic, but the health ministry reported no new deaths on Monday, with the total remaining at Sunday’s 27,127. Still, 35 people have died over the past seven days.

“There could be a delay in weekend notifications that might still change it, but today we have no obits…That’s very, very favourable data,” Health Emergency Coordinator Fernando Simon said.

As coronavirus restrictions were eased, all beaches, except those around Barcelona, which is still deemed a risk area, were allowed to open for leisure activities on Monday.

Sun-bathers stretched out on blankets while others floated on the clear blue waters of Malagueta Beach in the southern city of Malaga on the Costa del Sol.

“Now it is OK. After the restrictions are a little bit down we are enjoying again,” said Sandra Hansen, a Danish national living in Malaga.

Transport Minister Jose Luis Abalos told state broadcaster TVE that some foreign tourists might be let into the Canary and Balearic Islands before the planned July reopening for international tourism.

Bilbao’s Guggenheim, with its famed Frank Gehry design, on Monday became the first major Spanish museum to reopen its doors, with visitors obliged to keep 2 metres apart and rooms to be disinfected continuously. 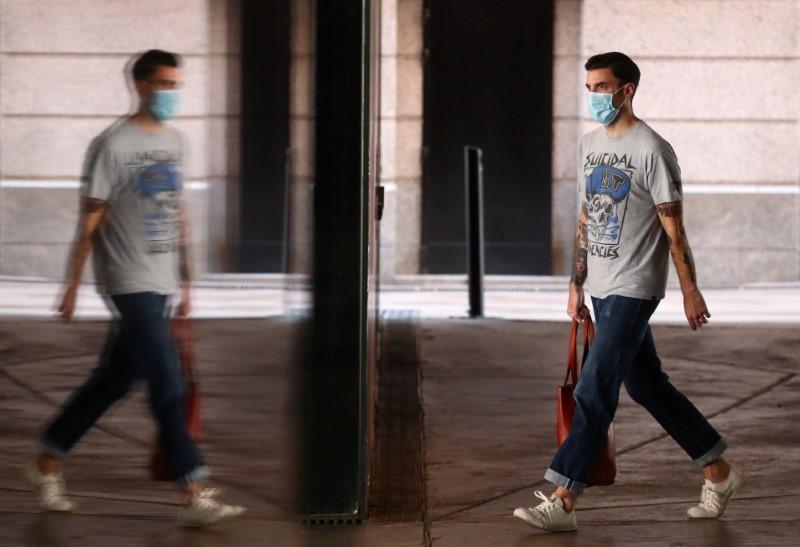 Madrid’s landmark museums El Prado, the Thyssen and the Reina Sofia are set to reopen on Saturday.

The government will start discussing plans to open up tourism with fellow members of the European Union’s Schengen Area of free movement, as well as other nations. It was not clear yet what the position would be for the United States and Britain, two major sources of visitors.

Spain had recorded seven years of record tourist arrivals until 2019, when it had more than 80 million visitors drawn by its beaches, historic cities and festivals.