BBC meteorologist Matt Taylor warned viewers that snow and sleet would be on their way as sub-zero temperatures were expected in some parts of the UK this week. However, he also noted that more sunshine is to come over the next few days, particularly into this weekend. The weather presenter said that it is going to turn much chillier across the country, and there will probably be a big flip around in fortunes over the next few days.

Mr Taylor told viewers: “The wind direction will switch and things will turn much much warmer this weekend.

“There’s a noticeable wind chill to the north to north easterly winds.

“South to south easterly winds then kick in for Sunday, by which time most places will see temperatures in the mid to high teens if not low 20s.” 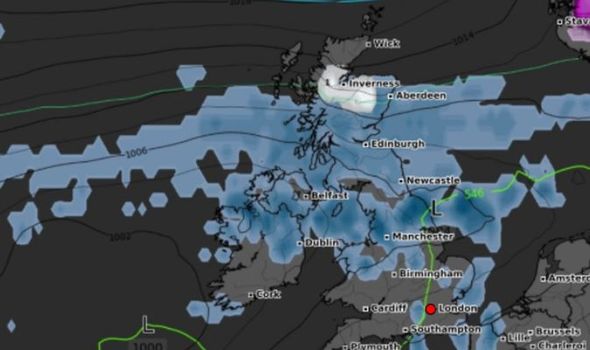 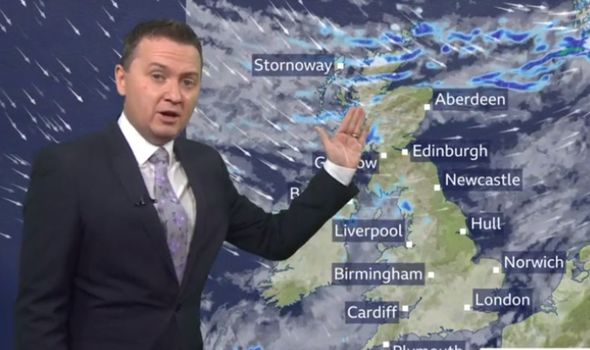 He continued: “Out there at the moment, it’s pretty chilly across the far north east of the country, lot of showers.

“There are gale force winds as well reaching up to 60pmh.

“We’ll see some sunshine through some eastern areas.

“But in many southern and western parts there’ll be lots of cloud.” 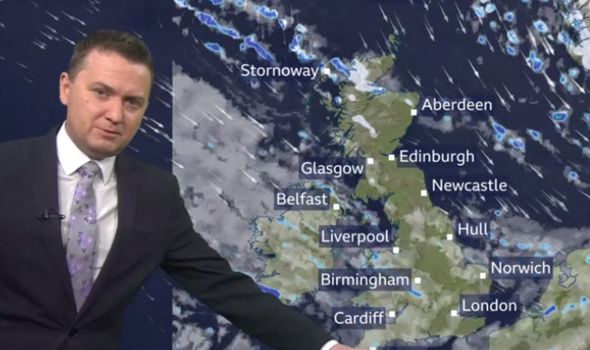 The BBC presenter added: “In the west, we’ll see some outbreaks of rain coming and going through the day.

“This will turn into sleet and snow across Scotland as that colder air starts to make its way in.

“Sunnier weather will start to push its way southwards into the end of the afternoon.” 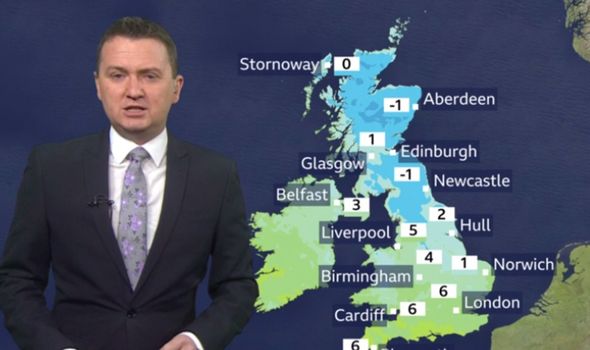 Mr Taylor also said: “But it will be a blustery day, much windier than yesterday.

“Especially to the north of Scotland where winds will be over 60mph.

“It’s going to feel sub-zero with temperatures at best only 3 Celcius.

“It will be a little bit milder than yesterday, especially with the wind across the south.

“That milder air is on its way out as the showers gradually push their way southwards through tonight.”