BBC Weather forecaster Tomasz Schafernaker forecasted hot and dry weather for most of Europe over the coming days. He said Spain and Portugal would see the hottest temperatures and noted they have already seen highs of 42C. This hot weather is expected to continue through western Europe with southeastern parts of Europe seeing temperatures in the mid-30s.

“Particularly hot in Spain and Portugal, of course.

“Temperatures have recently got up to 42C in the south of Spain.

“That warm weather is spreading into France, Bordeaux will probably be in the low or the mid-30s during the course of Sunday and Monday.”

DON’T MISS: UK in for “unseasonably wet and windy” weather after heatwave 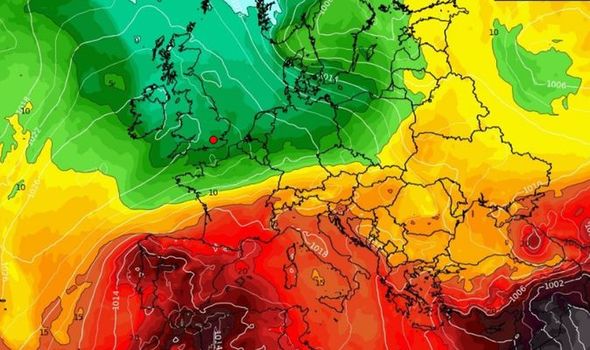 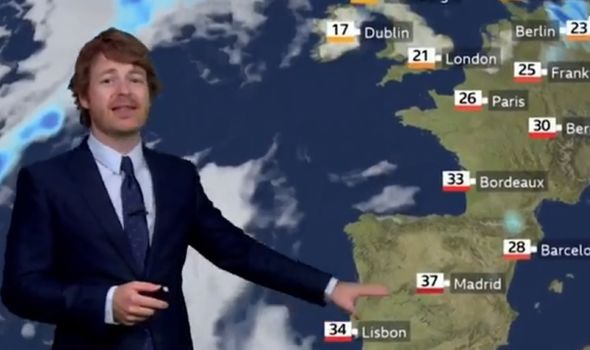 The BBC Weather forecaster explained this hot weather would not reach the UK as temperatures would be considerably more cool to start the new week.

The hot and dry weather will likely reside in central Europe as eastern Europe can expect some cooler temperatures due to rain.

“But here I think there will be a chance of showers and thunderstorms. 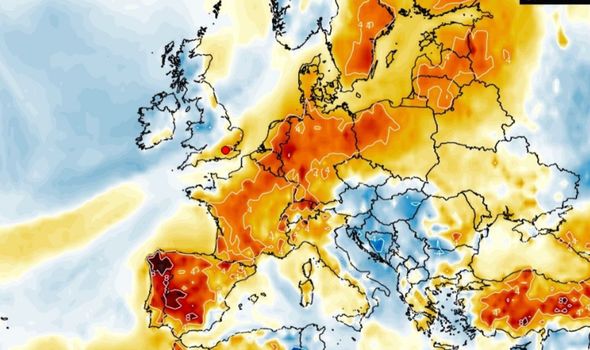 “The forecast for Monday shows further storms developing across the north Balkans and parts of eastern Europe.”

The southeast of Europe is expected to see temperatures above 30C for most areas with some areas reaching just shy 40C.

The BBC Weather forecaster added: “Lots of hot sunshine for Turkey, Greece, the Greek islands and Rome will be hot and sunny.

“It will be excruciatingly hot in Spain and Madrid. 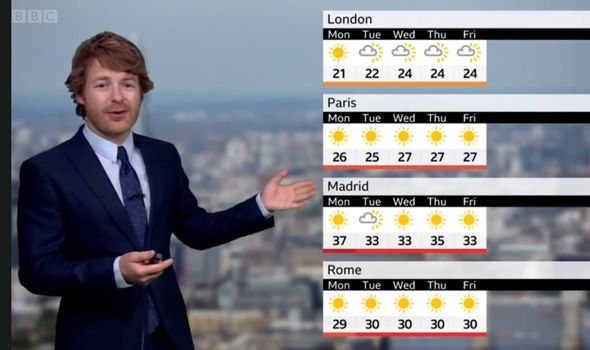 “In fact on Monday, in Madrid it will be in the high 30s.

“It won’t be quite so hot as previous days in Paris, however.

“It will be 26 degrees Celsius and you can see those showers and thunderstorms across Berlin and Warsaw.”