Parts of Europe is braced for sweltering summertime temperatures this weekend and into next week, according to the latest BBC weather forecast. The south-east of the continent will experience soaring temperatures, as a 39C heatwave sweeps in. A blast of Saharan heat will reach Cyprus, Greece and other parts of the Mediterranean, while the UK continues to struggle with cold air.

BBC meteorologist Stav Danaos explained: “Much of Europe this weekend is remaining on the cool side for the time of year.

“That is away from the south east which is continuing to see some high temperatures and plenty of sunshine.

“This massive cloud is an area of low pressure which developed around Iberia and it has been pushing its way north-eastwards and it will continue to do so.

“By Sunday, it will be across north-east of Europe and into the Baltic states, to bring some heavy rain. Behind it, it will leave a legacy of sunshine and showers.” 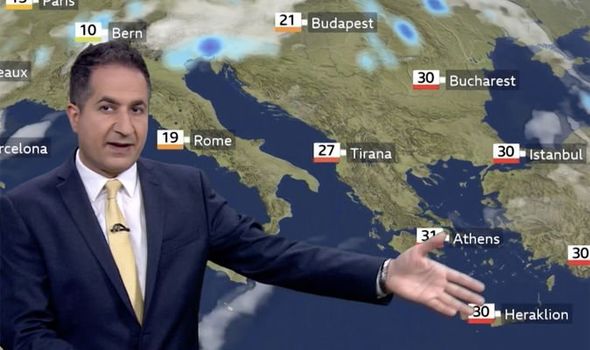 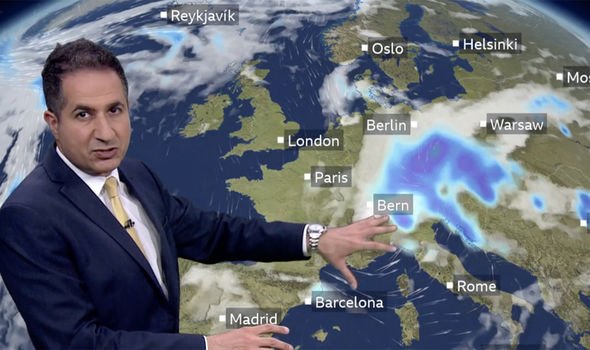 He continued: “But we are still tapping into this very hot air across north-east Africa and into the Levant and Mediterranean.

“Temperatures will rise to 36C or 37C in Cyprus on Sunday. Some high temperatures as well in parts of Greece and into the islands.

“Further west, it is on the cool side. Sunshine, showers, temperatures around the mid-teens at best.

“And we have that area of heavy rain moving out of Poland in towards the Baltic states. That will clear on into western Russia as we move on into Monday. 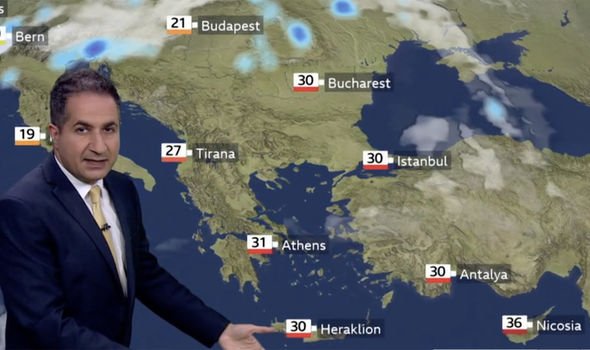 “On Monday, it stays warm in the south-east of Europe. For the UK and Ireland, a deep area of low pressure will sweep in and bring wet and windy weather.

“It stays pretty unsettled across the north-west of Europe for the upcoming week – sunshine and showers and fairly cool nights once again.

“For Athens it stays pretty warm for the next week, up to 27C.” 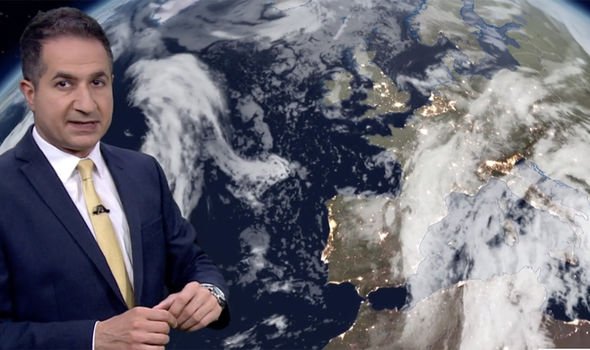 The BBC forecast sees temperatures in Madrid rise to 24C by next Wednesday, while they will struggle to move past the low-teens in London, Paris and Berlin.

The hot temperatures in the Mediterranean comes as many in the region celebrate Orthodox Easter.

The ongoing temperature heatwave in the area is significantly higher than average April temperatures.