BBC meteorologist Helen Willetts told viewers that the “main story” across Europe is the heat. She noted that the continent had already had almost record-breaking heat this week in Iberia. That heat is forecast to spread up through France and into Germany, rounding out the weather.

Ms Willetts said: “It will push into parts of the UK for a time, and then eastwards.

“So the temperatures are going to be close to record-breaking.

“In contrast, we’ve got cooler, cloudy conditions with low pressure around across Scandinavia, quite brisk winds as well.

“More of that will be coming into the north and west of the United Kingdom during the course of Wednesday night into Thursday.” 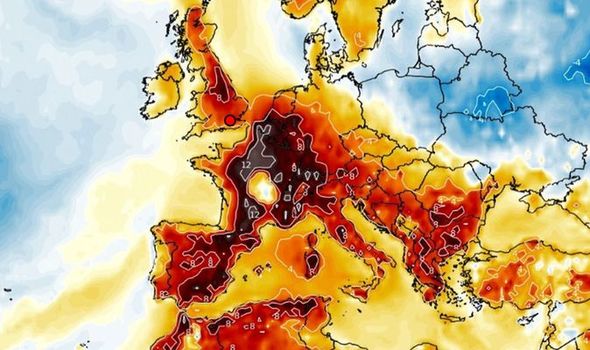 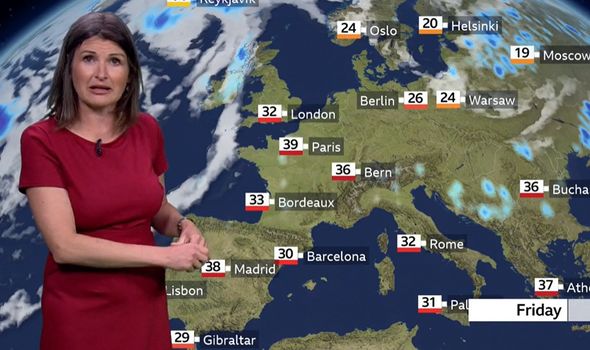 She continued: “Further south and east, we’ll pick up some big storms again across the Alps and further eastwards.

“But it will be dry and warm across parts of Turkey and across Cyprus around the Black Sea resort.

“Some dry weather is in store further south across the Balkans, but further north you’ve got those showers to come.

“The heat is building all the time through France into Germany.” 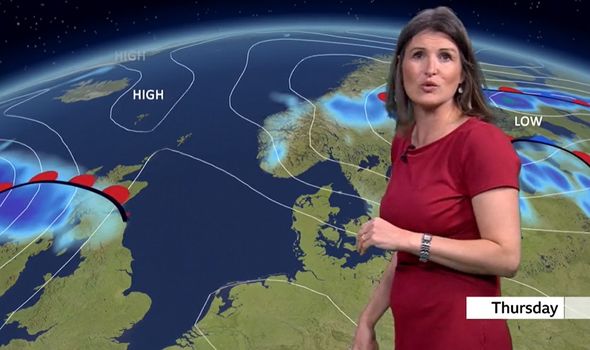 The weather presenter added: “So we’ve got a real contrast going on across Europe at the moment.

“As the showers feed into that heat, they’ll become really quite sparky.

“Some of those showers will then migrate southwards into the Balkans on Friday.” 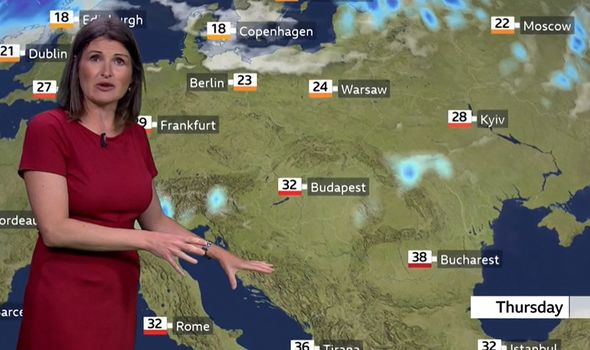 Ms Willetts told viewers: “Whilst all the time, further west, we’ve got that heat building, close to 40 degrees in Paris by the time we get to Friday.

“Thursday and Friday will probably be their peak in the heat, before it moves its way further eastwards.

“We’ll see the temperatures easing away for the UK and for Paris as we go into the weekend.

“But it stays hot in Iberia and Rome with a steady low 30s much of the time.

“That heat builds into Berlin as well; there could be a few showers around though as we saw from thunderstorms close to Moscow.”