Ms Keith-Lucas said: “We have seen some very stormy weather in the eastern Mediterranean.

“A storm system known as a Medicane pushed across Greece.

“That system is now pushing itself gradually further south. 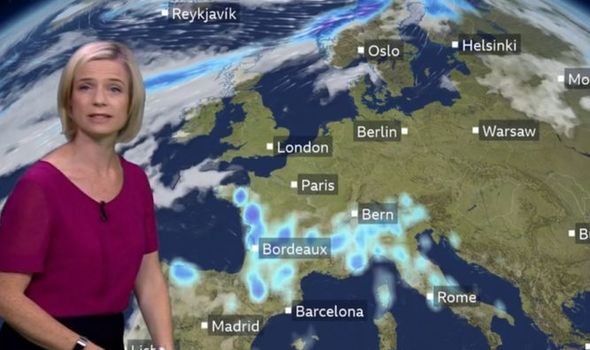 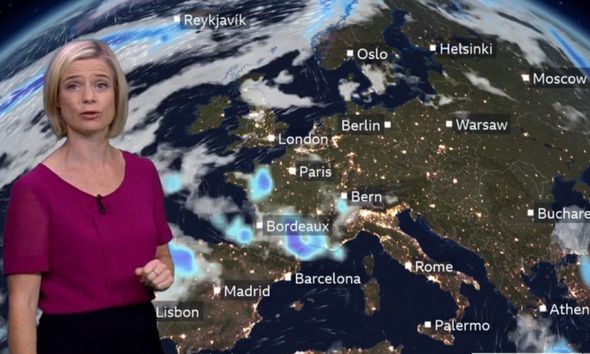 “It will still be lingering over the islands of Crete for the next 24 hours or so.”

The BBC Weather forecaster explained that the rest of central and western Europe can expect more extreme weather.

Ms Keith-Lucas noted that France and northern Spain could see some of the heaviest rain in Europe through the weekend.

She said: “Elsewhere across Europe we have got some heavy showers as low pressure clears out. 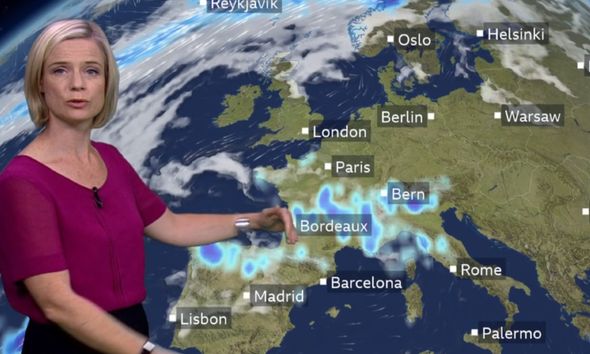 “As it clears out of Spain and Portugal it pushes those showers into parts of France and Northern Italy.”

The weather forecaster said that parts of east Europe will remain dry with warm temperatures.

She said: “In the southeast of Europe there will be some heavy winds and thunderstorms here.

“One or two showers for Turkey but Greece is looking drier than it has been. 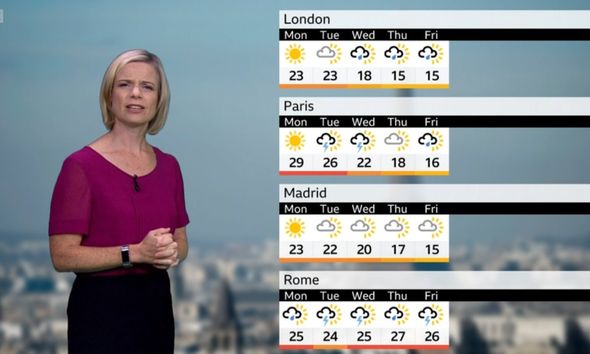 “Sunny conditions for these areas and Croatia too.

“But when we get into Italy we see those heavy showers and thunderstorms.”

London and Germany are expected to remain dry for the start of the new week.

However north, into Scandinavia, the weather will be more unsettled with wet and windy conditions.

U.S. now has more coronavirus cases than any other country