BBC Weather forecaster Helen Willets warned eastern Europe will see heavy rain and thunderstorms as temperatures return to the average for the time of the year. She explained there will still be warmth in western Europe on Friday however, through the weekend, temperatures will also fall with more rain on the way. Into the new week, west and central Europe will begin to see an increase in temperature once again after a band of rain passes through the continent.

Ms Willets said: “The extreme heat across the south-east of Europe is abating.

“But there will be some big thunderstorms around this area of low pressure.

“What a dip in temperature as we pick up that cold northernly air, only single figures in Moscow, for example.”

The BBC Weather forecaster also explained this drop in temperature would not be immediate across all parts of Europe. 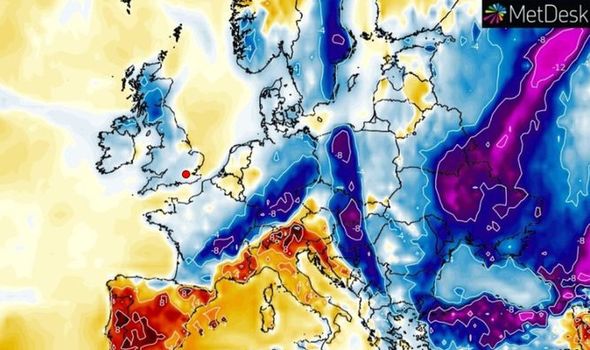 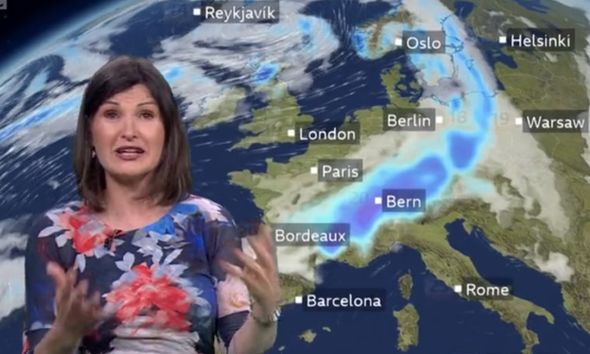 She claimed west Europe will still experience warm temperatures moving into the weekend.

She said: “We do still have some heat in Iberia into Friday, in France in particular.

“We will see some cooler air filtering southwards over the course of Friday night and into Saturday.

“A lot of that dry weather remains across southern and southwestern parts of Europe. 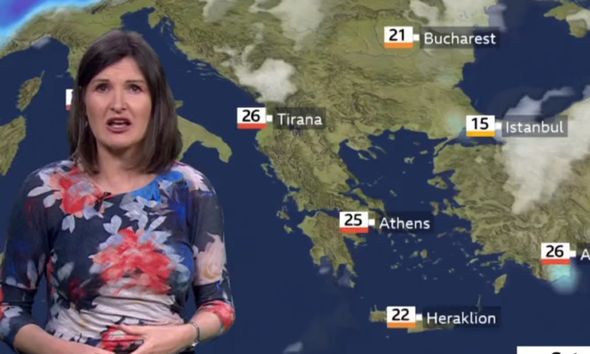 “We have got this unseasonably windy weather in the UK on Friday and then ploughing into Scandinavia.

“That will means really strong winds, gales and of course rain.”

Ms Willets explained that in Cyprus and Turkey, areas that have been experiencing record-breaking heat, temperatures will return to the average for the time of the year this weekend. 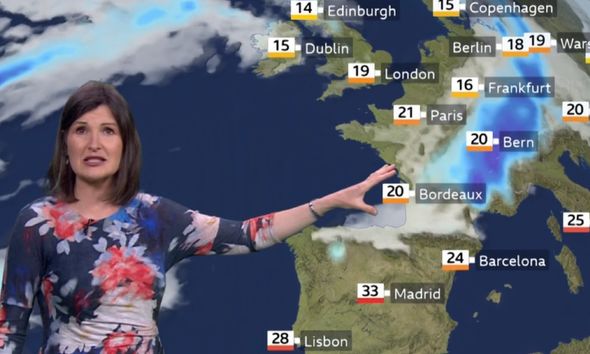 The BBC Weather meteorologist also said more rain and showers can be expected in central Europe through the weekend.

She added: “Where we have had that record-breaking heat for Cyprus and Turkey temperatures will tumble back by the time we get to Saturday.

“This band of rain in western Europe is set to develop and bring quite heavy rain as it moves southwards across France.

“It will push its way into Scandinavia and not just rain here but some strong winds to go with it as well.”