BBC Weather forecaster Matt Taylor warned up to 40cm of snow could fall in some parts of the country with others seen at least four centimetres at low levels. The snow showers will also be accompanied by strong gales as Storm Christoph arrives in the UK from the Atlantic. He said: “The satellite imagery shows the weather coming from Storm Christoph.

“There are clearer skies across parts of Northern Ireland and Scotland, so cold here, but there is still some snow around after last night across southern Scotland.

“The blue colours, the bulk of the rain, England and Wales through today, particularly across western areas, where today towards the south-east, it will be mild but pretty windy.

“Temperatures around the hills m meaning freezing throughout the day, especially where you have that snow falling. 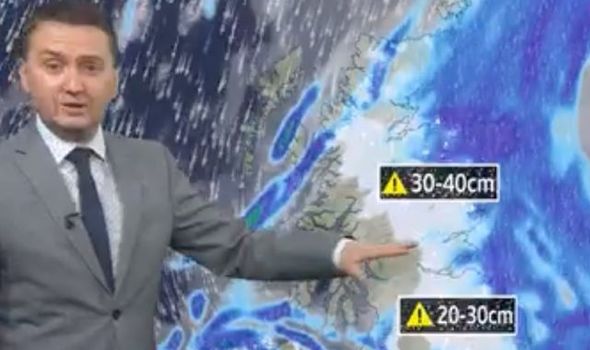 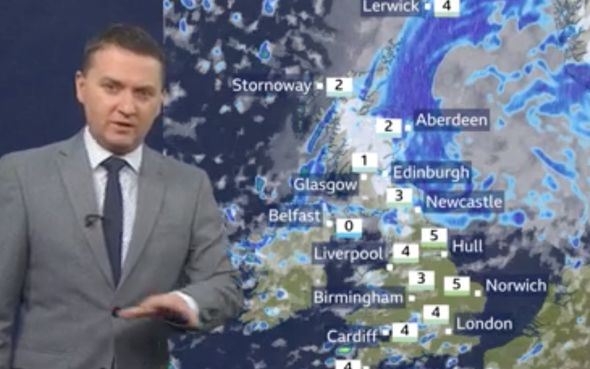 “At long last though this evening and overnight, after another spell of heavy rain, that will shift eastwards, turning briefly to snow across the mountains.

“Strong winds touching gale force at times towards the south and east, and then more significant snow as we finish the night to tomorrow.

“Low levels could see up to four centimetres, but through eastern Scotland, the higher ground of the Grampians into the southern uplands, we could see a fair amount start to cover up and with strong winds, blizzards are likely as we go into Thursday.”

The Met Office has issued fresh warnings for snow as rain from Storm Christoph reaches cold air in the north of England and Scotland. Now the whole of England is under Met Office warnings on Wednesday.

Now that rain is forecast to turn to snow in the North of England and Scotland, with Met Office snow warnings in place on Wednesday.

Storm Christoph was named on Monday, with a deepening low threatening the UK enough for the Met Office to name the system as the third storm of the 2020/21 storm season.

Torrential rain is forecast, alongside strong winds and dropping temperatures.

Now the entirety of England is under weather warnings from Wednesday for both rain and snow.

Warnings also span to Northern Ireland, Wales and parts of Scotland as Storm Christoph tracks across the UK. 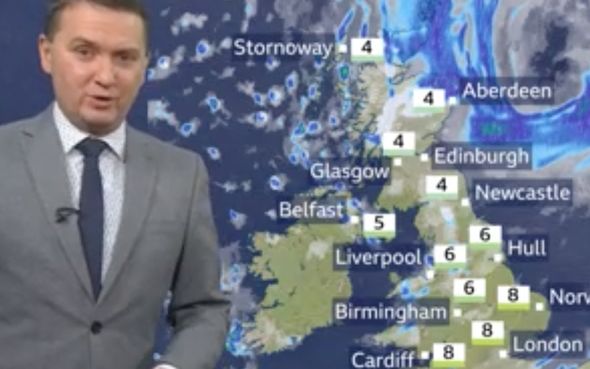 The latest warning to be issued is for snow, with forecasters warning up to 11 inches could blanket hills in the warning area.

The Met Office warns: “Persistent rain over southern Scotland and the far north of England will increasingly fall as snow above around 100 m during Wednesday afternoon and overnight into Thursday.

“Rain is more likely on lowest ground near the east coast and may bring some localised surface water flooding”.

More than 1,000 queue for food in rich Geneva amid virus shutdown