BBC Weather forecaster Carol Kirkwood noted there will be a considerable drop in temperature overnight in the next couple of days. She said there would be clear skies and sunshine for some but this would likely result in frosty cold nights. In addition, a new wet weather front is set to bring heavy rain to the UK later this week as it moves in from the North Sea.

The weather front is expected to move in on Friday and until then much of the UK will see brief showers.

Ms Kirkwood said: “It is going to be a dry day today with some sunshine but some showers in the east.

“High pressure is dominating our weather, the wind rotating around it and coming in from the cold North Sea.

“Along the North Sea coastline, you will notice that and the weather front drifting south taking showers with it as we go through the day. 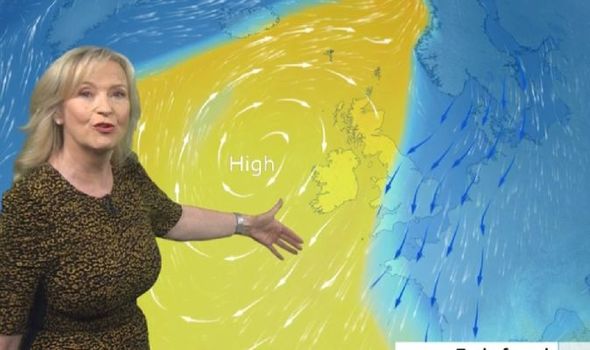 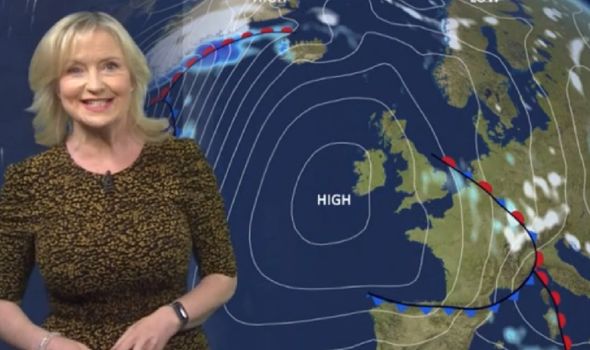 “This morning it is still producing some rain across parts of Scotland and that to will slip south.”

The BBC Weather forecaster noted that despite the outbreaks of showers across the UK on Wednesday much of the country will see some sunshine.

She continued: “I mentioned the cold sea and if you are thinking of dipping your toe in the north sea you will be taking it out pretty quickly.

“There it is only six degrees and of course the wind is coming over that so that is having an adverse impact. 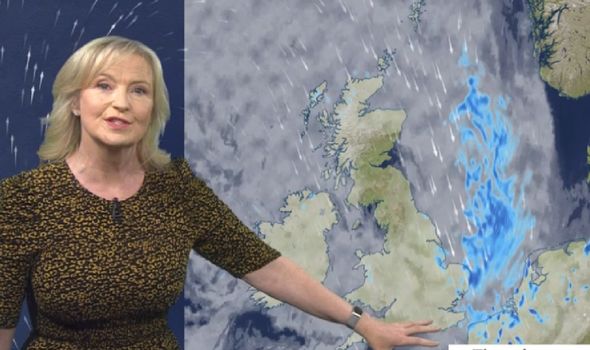 “On the temperatures, it will feel cool along the North Sea coastline.”

Ms Kirkwood explained that there will be a considerable drop in temperature overnight.

Areas that were in the sun that was seeing temperatures in the low to mid-teens could see temperatures drop to 4 and 5 degrees Celsius.

She said: “Through this evening and overnight we still will have some showers in the southeast. 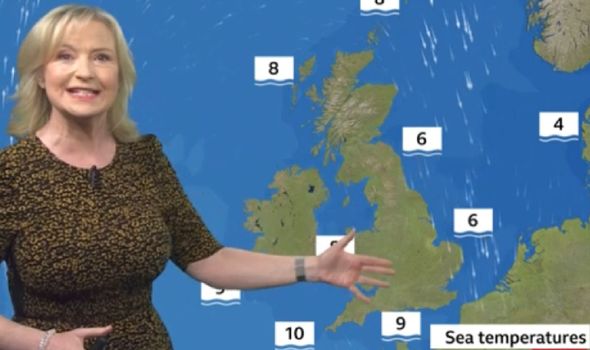 “The cloud will fill in and have some drizzle coming in with thicker cloud across Scotland and Northern Ireland.

“There will be a touch of frost in the south midland and also south Wales and south-west England.”