The BBC Weather meteorologist said temperatures will continue to dip as we move towards the end of the week as she warned the cold air mixed with bursts of rain could result in treacherous icy roads in some areas. Snowfall will remain likely on higher grounds, with as much as 10cm falling across Scotland but lower grounds will also begin to see snowflakes moving in. Carol Kirkwood said: “It is going to turn colder as we go through the next few days, not just by night but by day.

‘We’ve got rain in the forecast and also some snow. The snow will primarily be in the higher grounds but some of the heavier bursts we will see at lower levels.

“Today what we’ve got is this cold front sinking south, it’s taking with it a fair bit of cloud and behind it’s going to get colder. So through the day, temperatures will dip a bit.

“We’ve also got a cold start in the southeast under clearer skies, so a touch of frost here with some early brightness but the cloud and the rain associated with that cold front will be sinking southwards and eastwards through the day.

“Blustery winds touching gale force in the northwest, bringing in a lot of showers across parts of Scotland and Northern Ireland, a few getting in across northwest England and north Wales but increasingly they’ll be wintery on the hills of Scotland, with the snow level coming down as the cold air cuts in through the course of the day.”

JUST IN: UK snow forecast: Britain braces for 250 MILE-long column of snow to hit THIS WEEK 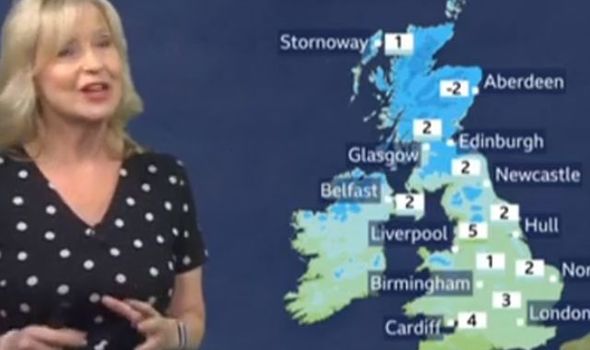 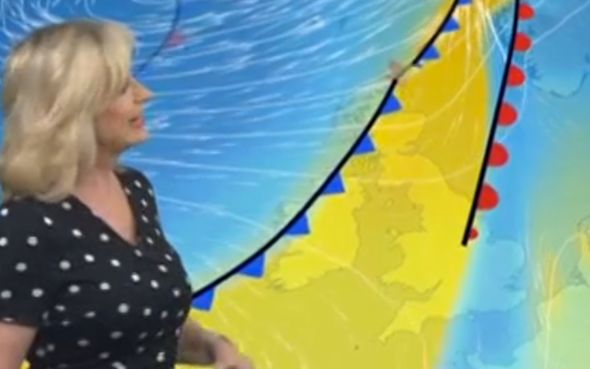 She added: “Only 3C the maximum temperature in Stornaway, 7C in London.”

The unsettled conditions are set to continue through Thursday, with further rain pummelling the western coast of the UK and gales strengthening.

The BBC Weather forecaster continued: “Through this evening and overnight, we eventually say goodbye to that weather front. There’ll be a lot of clear skies around, still a lot of showers, and still wintry in nature.

“By the end of the night, in Western Scotland, we could have 10cm of lying snow on the hills but even at lower levels there’s the potential for 2cm with the risk of ice and there’ll also be some frost. 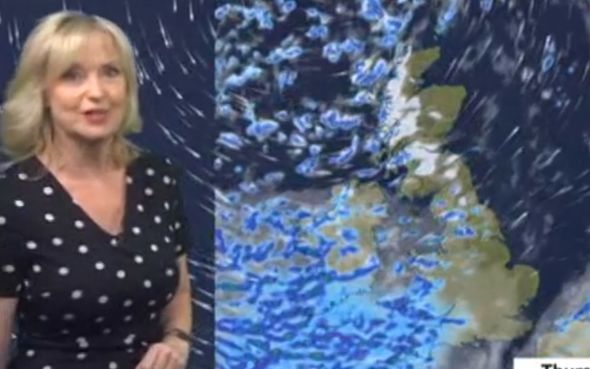 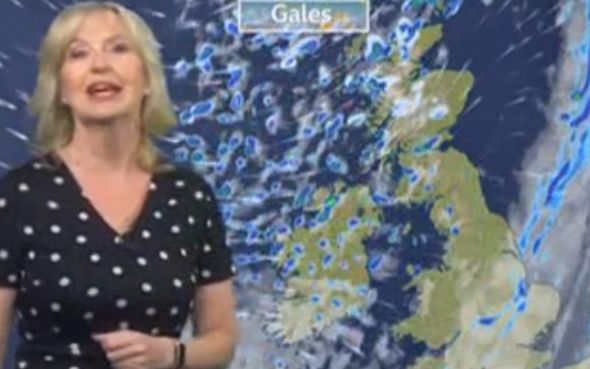 “As we come further south, there’s going to be more cloud and rain coming our way. As that engages with the colder air, it could produce some snow across the Brecon Beacons and also the Cotswolds, and watch out for ice on untreated surfaces.”

Ms Kirkwood added: “As we go through Thursday, this is a system bringing the rain in across England and also Wales, low pressure is really driving our weather. The isobars alone tell you, as well as the rain in the south, is going to be pretty windy across the English Channel and through the Strait of Dover.

“Some of this will have a wintry element to it, especially later on in the day we’ll see some snow get in the way of northwest England and also northwest Wales.

“North of that, for Scotland and for Northern Ireland, once again, sunshine and showers. Showers are fewer than we’re looking at today but having said that, they will still be wintry in nature. 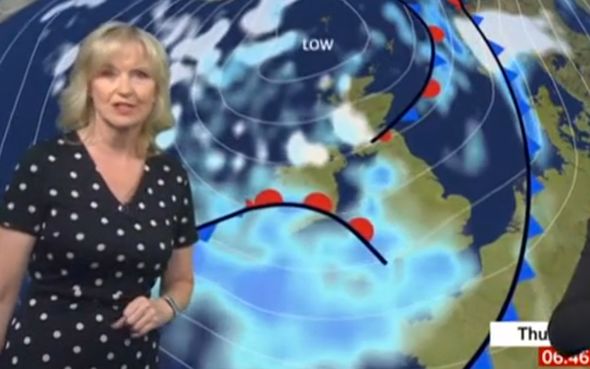 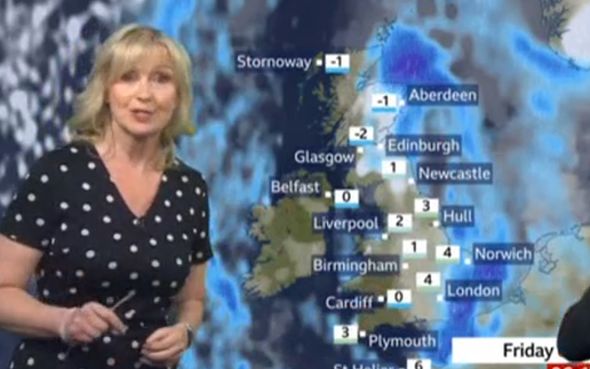 “Overnight Thursday into Friday, we will see this band of cloud and rain and some hail snow push into Scotland and, by the end of the night, we could see some laying snow in both of those areas.

“Meanwhile, we’ve got this rain here across the southeast of England. Overnight too we could see some of that too in heavier bursts producing snow and even at lower levels getting down across the Chilterns and the Downs, for example.

“We don’t expect a lot from this but I will keep you posted.”

Trump impeachment: US President faces calls to be removed from office over Tweet

For Mi’kmaq fishers, dreams of a peaceful harvest on N.S. waters repeatedly dashed