BBC meteorologist Ben Rich warned viewers that after a very hot Friday the weekend is going to bring quite a cool down to the northwest of Europe. He explained that frontal systems will be pushing in from the northwest. The winds behind those weather fronts will be pushing much fresher air in.

Mr Rich said: “Our frontal system will drift eastwards as we head into Saturday.

“There’ll be a band of cloud and some showery rain.

“I think some hefty downpours will move towards the far southwest of Norway.

“Ahead of that there is still plenty of heat to be had.” 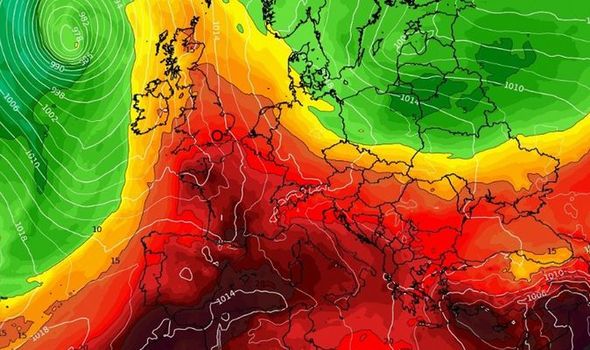 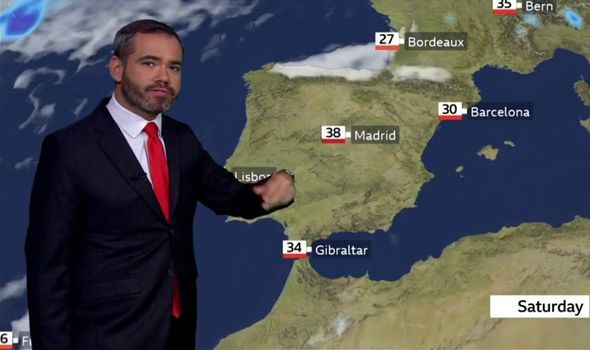 He continued: “Cyprus and Turkey will be into the 30s and 40 Celsius.

“The odd showers will be drifting across the Balkans.

“Italy will be mainly fine at this stage, but the frontal system will just cause a few showers to break out across parts of eastern France and Switzerland.

“Down towards Iberia, there’ll be another hot day on Saturday.” 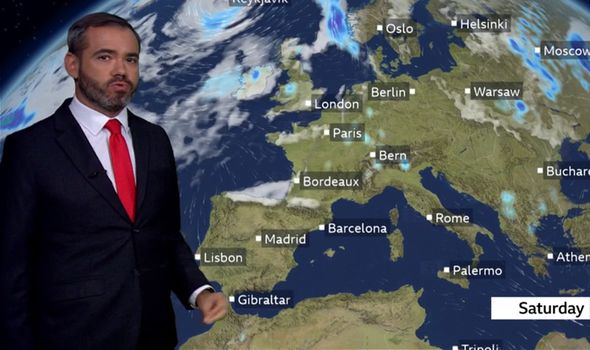 The weather presenter added: “There’ll be a much much cooler one for the British Isles.

“It’ll be 25 degrees in London, down from the middle 30s on Friday afternoon.

“That cooler air just continues to push in across the northwest as we head into Sunday.” 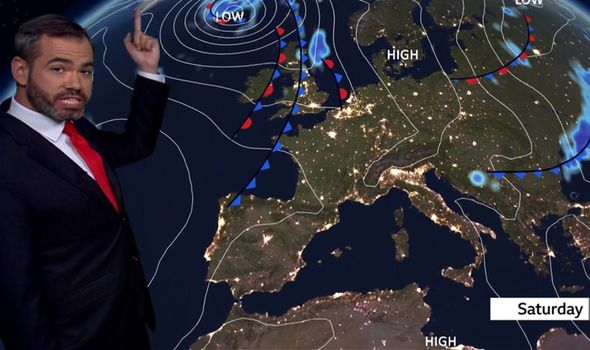 Mr Rich told viewers: “A band of rain will be moving through into Scandinavia, parts of Germany and down into the Alps.

“Heavy thundery downpours and cooler fresher weather will be following on behind.

“Even Spain will be cooling off a little bit with Madrid at 34 degrees on Monday.

“But in London and Paris, temperatures are set to climb again as we head through next week.

“In Berlin, it’s going to cool off a little bit as we head on through Monday while there is plenty of sunshine in the forecast for Athens.”