German Chancellor Angela Merkel ignored protesters who spoke out against the country’s level of coronavirus restrictions, as well as the government’s agricultural policies during a crunch political visit. Police held back protesters who demanded answers from Mrs Merkel, as concerned parents spoke about the “psychological stress” that lockdown had imposed on children. Around 300 tractors and more than 1,000 farmers also blocked key roads around Mrs Merkel’s visit as furious farmers demonstrated with a kilometre-long tractor queue at Chiemsee.

There were a few locals who greeted German Chancellor Angela Merkel and Minister President of Bavaria Markus Soder with praise and celebration.

However, video footage also revealed dozens of protesters booing the pair as they arrived at Prien am Chiemsee on Tuesday.

Some of the protesters voiced their fury with the government’s restrictions imposed in response to the COVID-19 pandemic.

One protester, Daniela, said that she and other mothers believe the COVID-19 restrictions are “frightening for a lot of children” and “very bad and also psychologically stressful”. 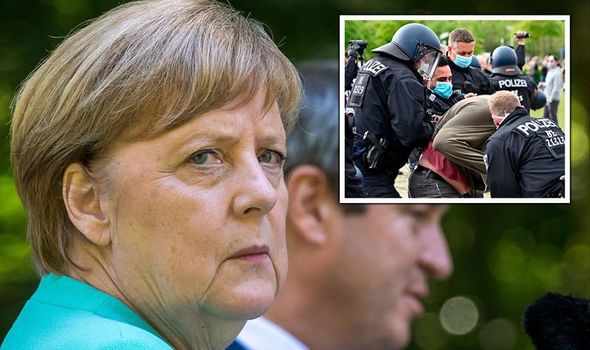 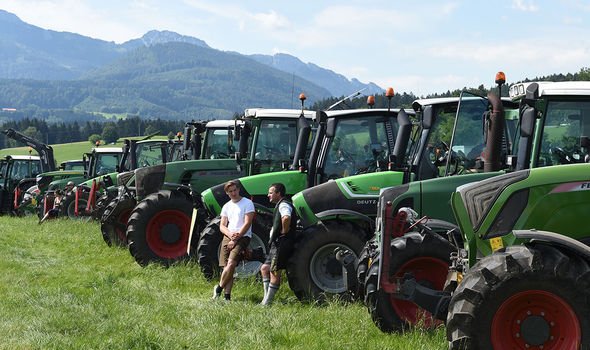 Dozens of police officers blocked the protesters who held up banners with slogans such as “freedom instead of socialism”.

At a separate protest, Bavarian farmers used the visit to demonstrate against the current agricultural policy in Germany.

Mrs Merkel was forced to pass by hundreds of tractors during her visit as farmers demanded a dialogue with officials around the consequences of the coronavirus crisis on agriculture.

Farmers chanted “talk to us” to Mrs Merkel and later told local media: “It’s as if we don’t exist.” 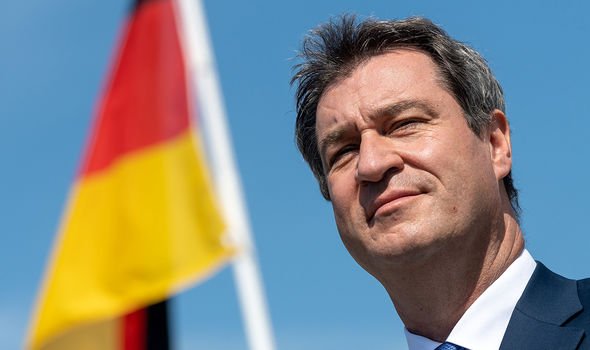 One poster which included photos of Angela Merkel and Germany’s agricultural ministers read: “The gravediggers of German farmers.”

Mrs Merkel had met with Mr Soder to discuss Germany’s EU council presidency as well as the coronavirus crisis.

It is widely thought that Mr Soder is favourite to succeed Mrs Merkel once she steps down as German Chancellor. 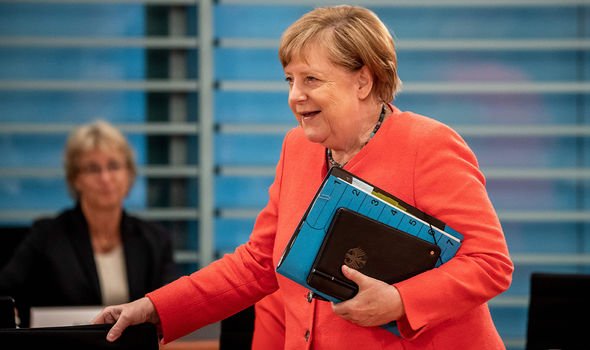 The Bavarian governor has recently emerged as the front-runner to succeed Mrs Merkel as Chancellor after opinion polls put the Conservative in the lead over other leadership rivals.

Mr Soder downplayed the protests, saying: “It has been a great day so far, not only in terms of location, weather and atmosphere but also in terms of content.”

The Bavarian leader also called the joint meeting a “sign of reconciliation.”

Mrs Merkel refused to answer speculation about the leadership succession, saying: “I can only say that Bavaria has a good premier.”

Madrid residents eager ahead of this week's reopening