Police have arrested a number people after hundreds of anti-lockdown protesters gathered in Dublin.

About 20 people were arrested by Gardai in the centre of the Irish capital on Saturday after an anti-lockdown demonstration began around 2pm.

Officers were forced to draw their batons after one protester threw a firework at police.

The protesters, who were not wearing masks and carried anti-lockdown placards, tried to gather in St Stephen’s Green park, but the gates were closed by officials.

Sky News Ireland correspondent Stephen Murphy said there were no reports of any serious injuries and a “handful” of public order arrests were made.

Garda Commissioner Drew Harris said up to 20 people were arrested during the protest.

“Very regrettably, people arrived intent on violence. They engaged in attacks on members of An Garda Siochana including the throwing of a firework type device.

“They had no reasonable grounds for being there in the first place so we will pursue particularly those who formed a very hard core to deal with.

“We will follow through with an investigation to bring the perpetrators to justice.” 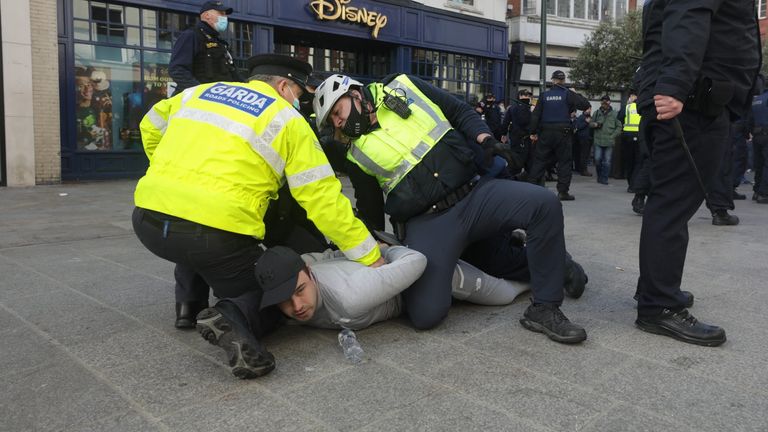 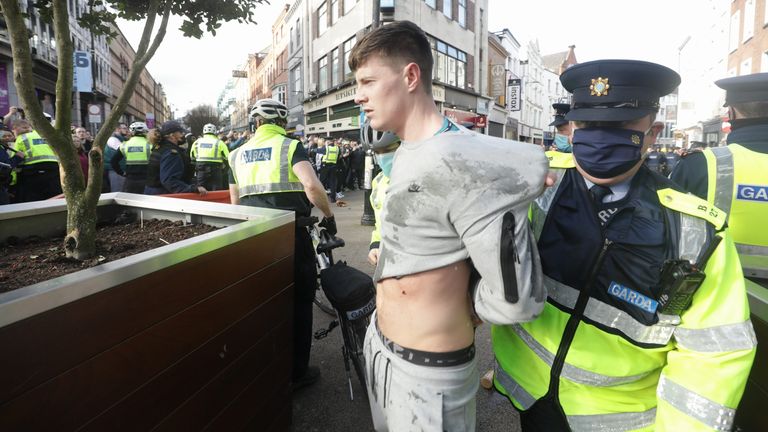 He tweeted: “Pure thuggery on the streets of Dublin today. It’s not a ‘protest’. It’s an attack on our national effort.

“The abuse directed at the Gardai is sickening and shameful. Disgraceful. Thoughts with the Gardai and their families.” 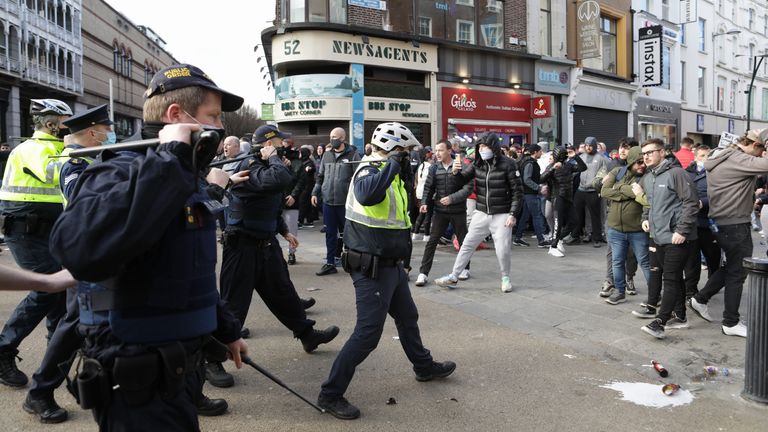 Ireland is in its ninth week of Level 5 national coronavirus restrictions.

On Friday, 29 new COVID-related deaths were reported alongside 776 new cases.

In the UK on Friday there were 345 further deaths recorded and 8,523 new infections.