The Roman settlement was obliterated by one of the deadliest volcanic eruptions in history when Mount Vesuvius erupted in 79AD. The natural disaster ejected molten rock, pulverised pumice and hot ash at 1.5 million tonnes per second over the city’s 12,000 residents – in what would have been a terrifying ending. But it also covered the city in a blanket of thick material, allowing modern-day scientists to continue to study its inhabitants.

Ancient Roman scholar Professor Mary Beard visited the Museum in Naples during Absolute History’s ‘Pompeii with Mary Beard’ where she got the unique opportunity to study 54 “wealthy” individuals in detail.

She said: “One of the most complete skeletons is a man aged about 55.

“Apart from some dental cavities, he seemed in pretty good nick – but why are his bones green?”

Dr Fabian Kanz, a forensic anthropologist from the University of Vienna explained the reasoning for the colouring. 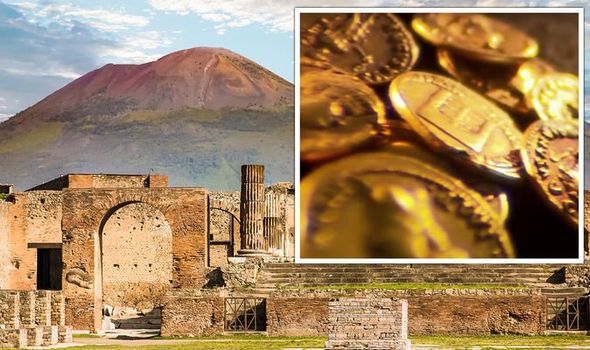 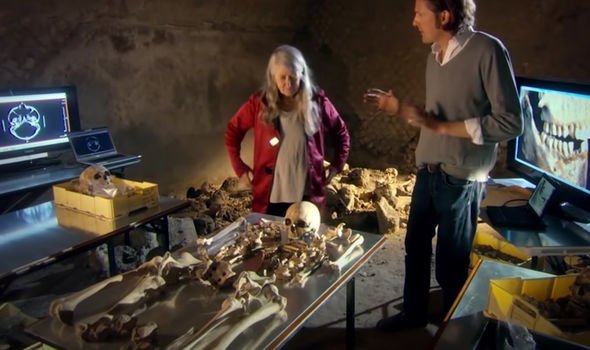 He said: “On the whole left side he is green.

“This comes from metal objects which means he was wealthy. There was some bronze or copper or brass object buried with him.

“The acid in the soil reacted with the metal objects.

“Nearly all of the rich samples have at least one or two bones green.”

Prof Beard then got a chance to have a look at some of the incredible treasures left behind by these individuals. 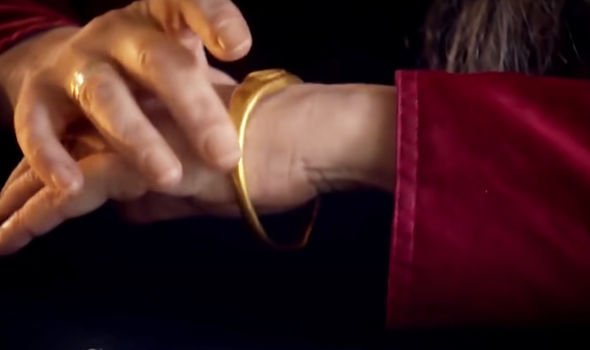 She said: “These objects are now kept in a guarded vault at the Archaeological Museum in Naples.

“For the very first time, I’ve been allowed to get really close to this amazing stuff and actually get my hands on it.

“This is really exciting for me, it is the first time I’ve ever touched any jewellery from Pompeii and I’m being very naughty and trying it on.

“When you pick it up, you can feel instantly that it’s heavy – this is a solid bangle.”

She detailed just how wealthy the owners may have once been.

Prof Beard said in 2019: “What strikes you about it is it’s so big, it’s not only women that wear bracelets – it could be mens. 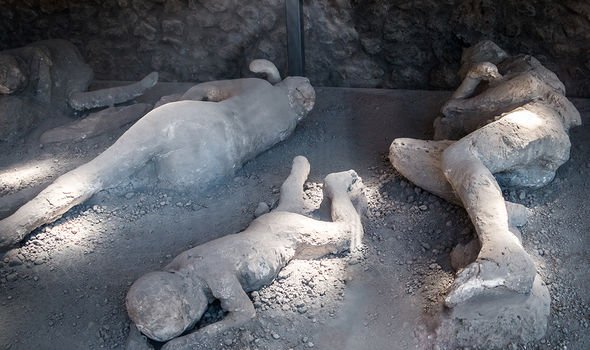 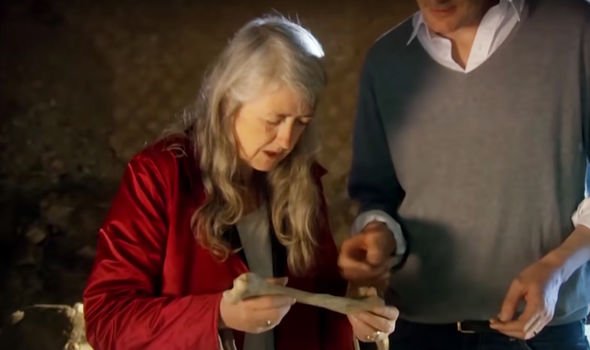 “There is a vast treasure hoard in this cellar.”

When Mount Vesuvius erupted in the first century, it released 100,000 times more thermal energy than the nuclear bombings of Hiroshima and Nagasaki.

At least 1,000 people died in the eruption, but exact numbers are unknown.

Vesuvius has erupted many times since, with the last coming in 1944.

Today, it is regarded as one of the most dangerous volcanoes in the world because of the population of three million people living nearby.