Increasingly tough restrictions are being imposed as coronavirus cases continue to surge.

The Spanish Government has announced a new state of emergency set to last for six months.

An overnight curfew has been imposed between 11pm and 6am.

In some regions, such as Catalonia, all bars and restaurants have been ordered to close.

In response anti-lockdown protests have broken out in a number of major cities.

Footage from Burgos, in northern Spain, showed police vehicles being forced to retreat as they are charged by a mob of several hundred people.

Rioters have been throwing missiles at officers and starting fires in the street. 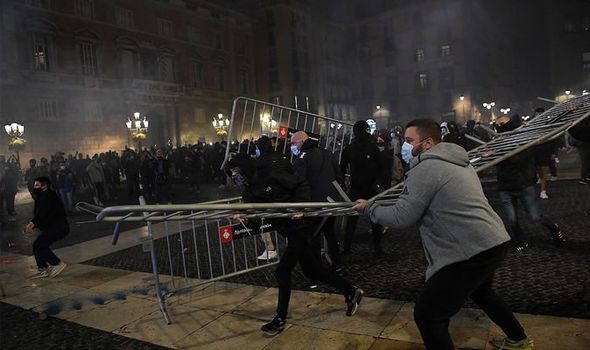 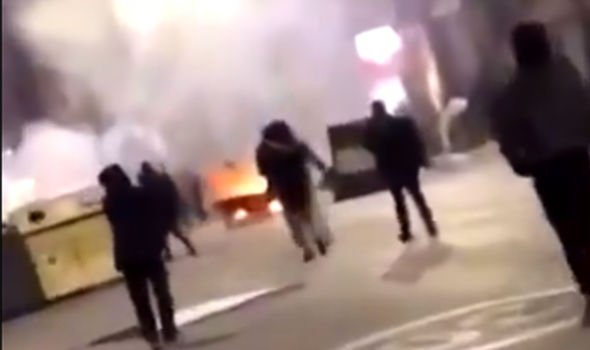 Similar violence broke out in Barcelona, capital of Catalonia.

Video from the scene shows metal barriers and rocks being thrown at police officers.

Some protestors started fires in the street. 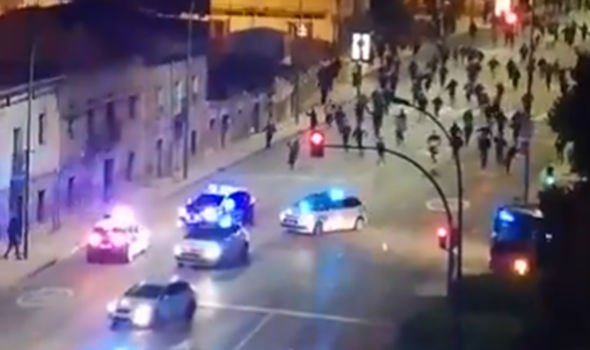 AP reporter Aritz Parra tweeted: “Clashes have erupted in central Barcelona between riot police and crowds protesting the closure of bars, restaurants and other businesses as authorities struggle to rein in a sharp coronavirus resurgence.”

Authorities said seven people were detained during the disturbances.

New national lockdowns have already been imposed on France and Belgium as Europe’s COVID-19 crisis escalates.

In Italy on Friday night police clashed with anti-lockdown protesters in Florence.

Officers were attacked with petrol bombs and other missiles during several hours of clashes.