Bulgaria’s MEP Angel Dzhambazki said the top EU bosses should be “ashamed” of themselves in a scathing rebuke of Brussels handling of the pandemic. He went on to label European Council President Charles Michel a “hypocrite” during the fiery address in the European Parliament this week. This comes after European commission President Ursula von der Leyen was forced into a grovelling apology to Italy on behalf of Brussels.

In her speech to MEPs on Thursday, Mrs von der Leyen admitted Europe had failed to show solidarity with Italy at the start of the pandemic outbreak.

She said: “It is true that no one was really ready for this. It is also true that too many were not there on time when Italy a needed a helping hand at the very beginning,” she said in a speech to the European Parliament.

“And yes, for that, it is right that Europe as a whole offers a heartfelt apology”.

An opinion poll last month found that 88 percent of Italians felt the EU had failed to support their country, prompting fears in Brussel of a Eurosceptic backlash. 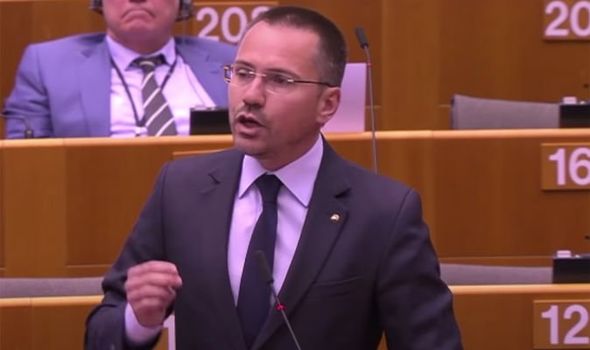 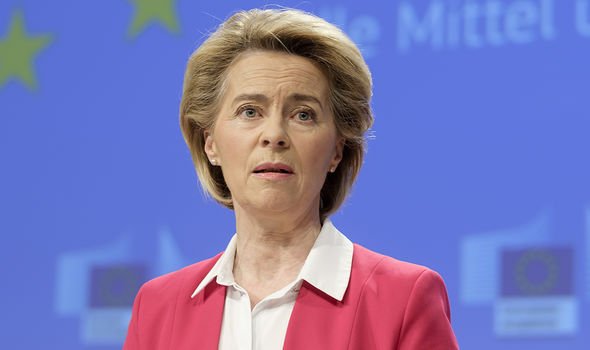 French President Emmanuel Macron has warned that the European Union faces a “moment of truth” and the bloc will splinter if it fails to unify in its response.

He said: “No-one here has said anything about communist China for having kept silent, for having spreading lies.

“It is just like the Sovet Union lied to the world about Chernobyl and that led to thousands of deaths here in Europe.” 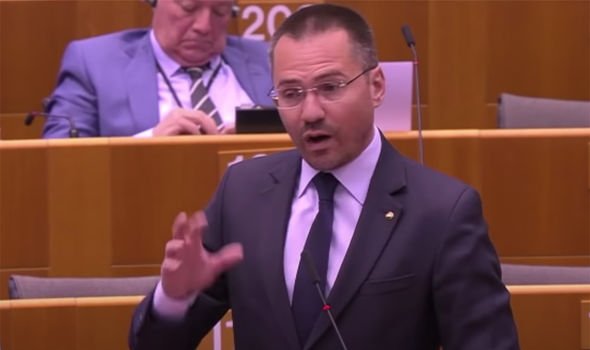 The MEP went on to blame the EU commission for the chaotic European response to the virus outbreak, saying member-states were forced to fend for themselves due to Brussels’ refusal to act.

He explained: “Commissioner, it is the EU Commission who was late and it was due to those delays that it meant member-states had to close borders.”

Ending his attack, Mr Dzhambazki then went on to attack Charles Michel for passing a mobility package that will render European “heroes” unemployed after the crisis. 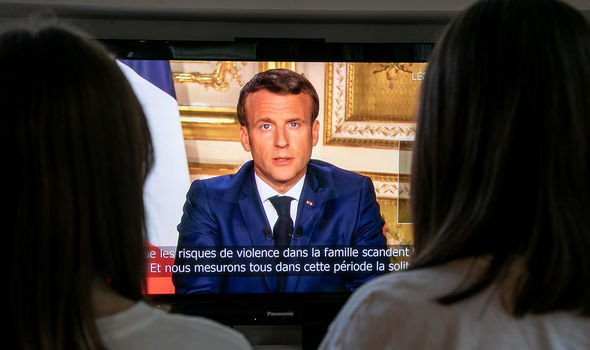 He said: “My very dear Charles Michel, you should be ashamed. I believe you are that today, in the midst of all of this, you are deciding on the mobility package.

“Hundreds of thousands of Bulgarian, Polish, Romanian and Czech drivers are saving the lives of people in Belgium, France, Germany and the Netherlands.

“And tomorrow you will kick them out, it is hypocrisy. It is mad. We are not going to side with this. These measures are not reasonable, they are fantasy!”

Viewers online commended his speech for “calling out the corrupt and inept EU dictatorship”.