Nazi Germany’s leader drew up a strategy to invade the UK under Operation Sea Lion during the Battle of Britain, as the RAF vigorously intercepted the Luftwaffe crossing the Channel. Following the fall of France, the Fuhrer wrongly assumed the Government would seek a peace agreement and he reluctantly considered invasion only as a last resort if all other options failed. But, it was one year earlier the brutal tyrant had already masterminded another plot to “bring Britain to its knees” without invasion under Operation Bernhard, it was revealed in Dark Doc’s ‘Germany’s most grotesque secret to win World War 2’.

The series explained: “Instead of bombing the country with the power of explosives, Germany would bomb its enemy with money.

“Operation Bernhard began forging British banknotes of such quality that one Bank of England official called them ‘the most dangerous ever seen’.

“The intent was to collapse the British economy and sow chaos by showering its citizens with free money falling from the sky.

“The unit in charge of replicating the money successfully duplicated the rag paper used by the British, engraving their identical blocks. 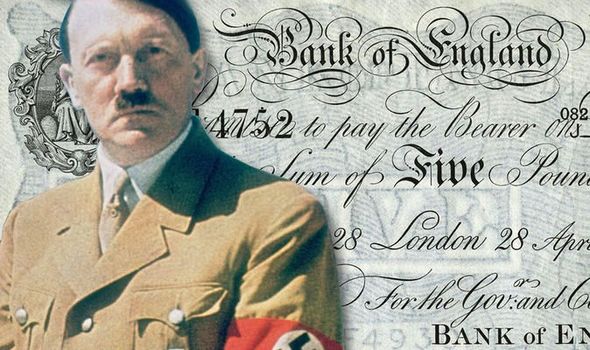 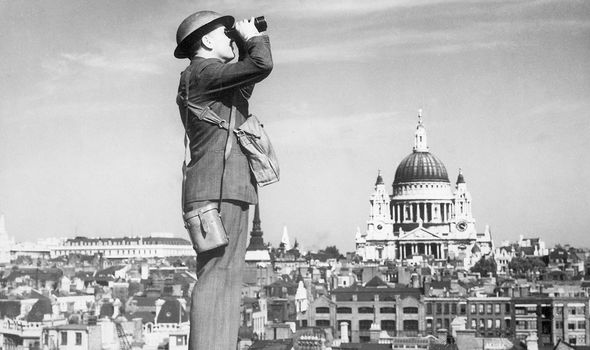 “It was only through the capture and interrogation of German intelligence leader Alfred Naujocks that the plot was eventually foiled.”

The series went on to reveal how the idea was first proposed.

It added: “The original plan was proposed in September 1939, at a meeting of the Reich’s Central Criminal Investigation Department of Germany.

“Arthur Nebe, a high-level security officer for the German government raised the idea, he suggested forging £30billion, afterwards the money would be distributed all over Britain leading to financial collapse as well as a decline in Britain’s status and global currency.

“His superior officer favoured the plan, but didn’t want to skulk around police files to assist, the Reich minister of propaganda responded in disgust, saying it was ‘grotesque,’ but still admitted there was potential in the idea. 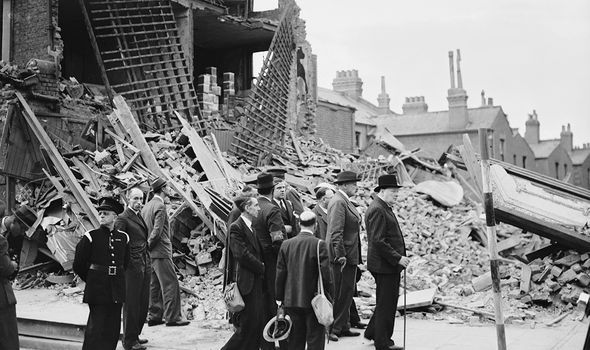 “Of course, Nebe only needed support from one man, and Adolf Hitler approved it.

“Although the meeting was supposed to be secret, the British ambassador to Greece, Michael Palairet, was briefed on the plan by a Russian emigre in November 1939.”

Britain brought in measures to minimise the risk, but it did not stop the threat.

The series explained: “The Bank of England and the US Department of the Treasury were both informed, however, the English felt their existing security infrastructure couldn’t sustain the attack.

“Therefore they resolved to do little more than releasing a blue emergency one pound note, fixed with the security thread running through.

“In 1940, they banned the import of pound banknotes during the war. 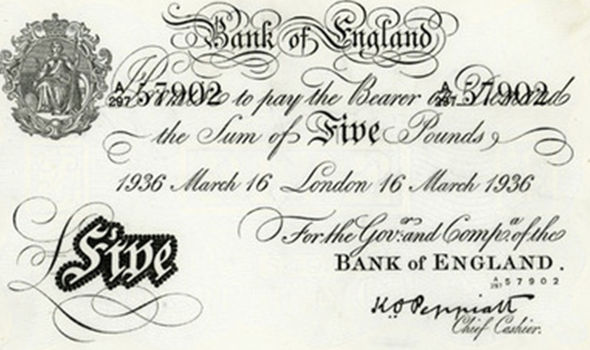 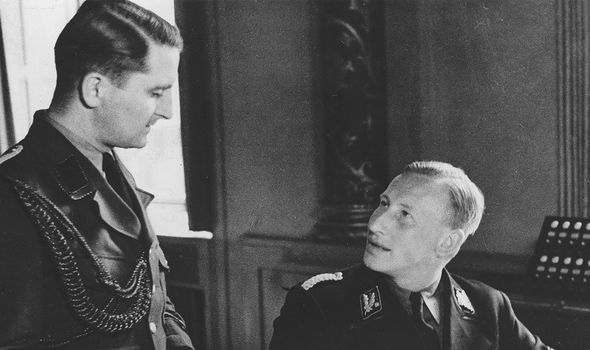 “Since these countermeasures didn’t completely protect the country, they did put out PSA’s regarding counterfeit money and stopped producing £5 notes.

“With Hitler’s seal of approval, a counterfeiting unit was created for Operation Andreas, which kicked off in early 1940 and was led by Alfred Naujocks.”

The plan was foiled with the capture of Naujocks in 1940.

“However, in late 1940, Naujocks was released of his position over squabbles with superiors.

“In 18 months of operation, they had reportedly forged £3million, although some historians estimate higher. 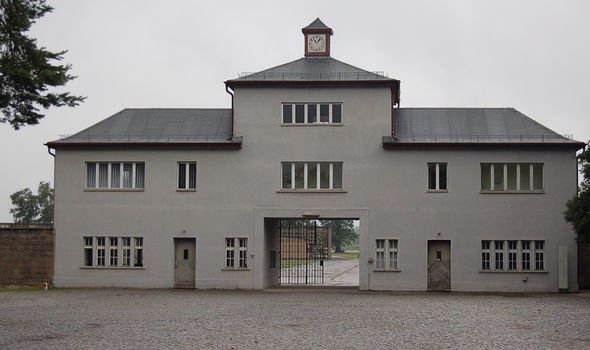 “However, the plan never came to pass and was exposed after Naujocks was arrested in 1944 – by then he was already infamous among Allied intelligence members for his role in sparking the war.

“He divulged that he was, in fact, the leader of Operation Bernhard and explained that his team trained and used 140 Jewish prisoners from the Sachsenhausen Camp to forge the banknotes.”

But that did not stop Nazi Germany counterfeiting notes.

The unit produced British notes until mid-1945, estimates vary of the number and value of notes printed, from £132million up to £300million.

By the time the unit ceased production, they had perfected the artwork for US dollars, although the paper and serial numbers were still being analysed. 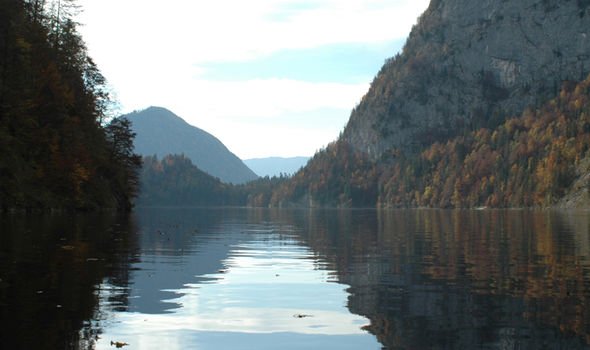 The notes were laundered in exchange for money and other assets.

Counterfeit notes from the operation were used to pay the Turkish agent Elyesa Bazna for his work in obtaining British secrets, and £100,000 from Operation Bernhard was used to obtain information that helped to free the Italian leader Benito Mussolini in the Gran Sasso raid in September 1943.

Much of the output of the unit was dumped into the Toplitz and Grundlsee lakes at the end of the war, but enough went into general circulation that the Bank of England stopped releasing notes and issued a new design after the war.

‘Bubbly’ woman, 20, died from overdose after splitting from ‘cheating’ boyfriend