Home » Politics » ‘You cannot stand in the way!’ Sturgeon says Boris will buckle over Scottish independence

The Scottish First Minister believes Westminster will have to give the Scottish people another vote if her SNP party secures an overall majority in Holyrood after May 6’s election. The SNP leader said she was “pretty confident” her plan B of taking a referendum bill through Holyrood regardless will not be necessary to secure a vote.

Technically Mr Johnson could block this, and he has previously ruled out granting a second ballot, but Mrs Sturgeon said he will give in under the pressure.

She told The Guardian: “If people in Scotland vote for a party saying, ‘when the time is right, there should be an independence referendum’, you cannot stand in the way of that, and I don’t think that is what will happen.

“People will always challenge that because of what the supposed position of the UK government is.”

Mrs Sturgeon, who was found to have misled the Scottish parliament over the Salmond Affair last month, even claimed the UK government privately accepted a second vote was inevitable. 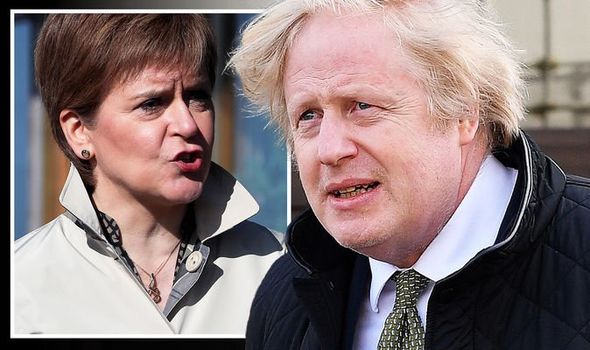 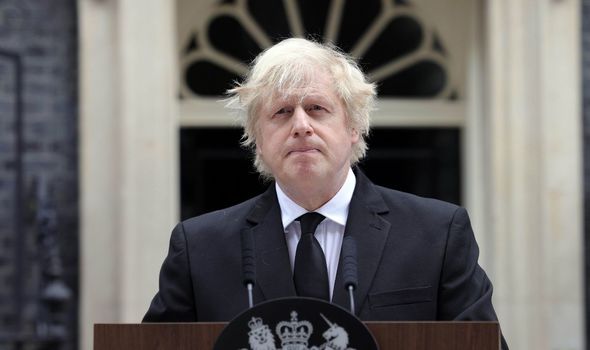 She even quoted the Spectator, claiming the discussion “has moved away from ‘we can stop a referendum’ to ‘when would it happen and on what basis would it happen?’”

If these results are translated roughly into seats, the SNP would win 71 – giving it a majority of 13.

Should this materialise, Mrs Sturgeon’s “strong preference and intention” is to hold another referendum in the first half of the parliament up to 2023. 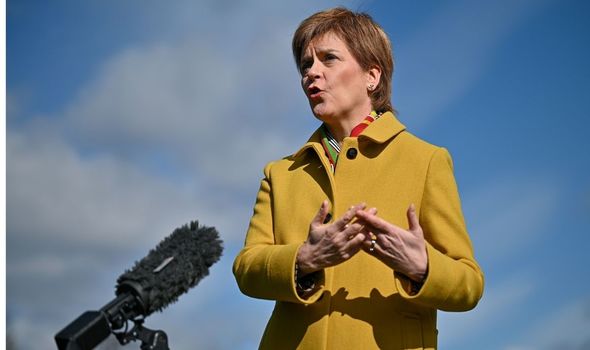 However, she admits this will be “guided by the realities of Covid”.

She has long argued the 2016 Brexit vote changed the game for many Scots who voted to remain in the UK two years earlier.

And, citing chancellor Rishi Sunak’s rumoured plans to cut spending to pay for the gigantic cost the Covid pandemic has wrought, she argued Scotland should not be subjected to a second round of Tory austerity.

She claimed the chancellor’s mooted plans have set “alarm bells ringing” over a focus on debt and deficit reduction, meaning “austerity cuts for people who can least afford them”. 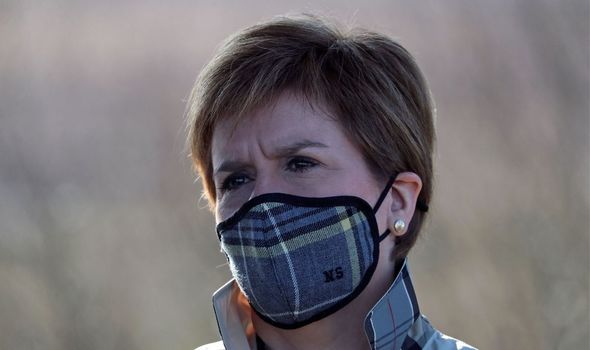 The SNP leader’s idea of recovery is vastly different from this, she argues.

She added: “If you’re somebody that voted no in 2014 and … because of Brexit or other things, are now open-minded to independence – and I know an awful lot of these people – and you hear somebody say they think they can bulldoze their way to independence in spite of public opinion, I would think, ‘maybe I don’t want to engage in this any more’.”

So far Mr Johnson has refused to grant a section 30 order required to hold a legal referendum.

Mrs Sturgeon has previously insisted that Westminster would not block a referendum if Holyrood voted for a second ballot. 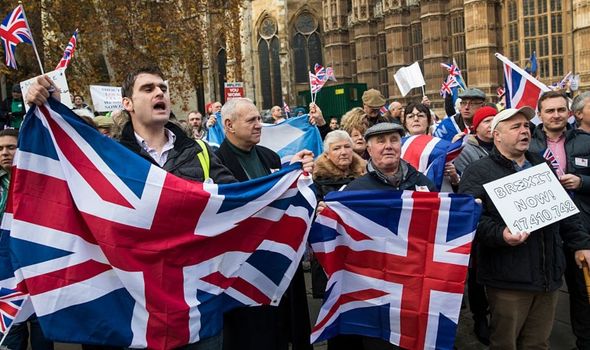 Speaking on Friday, she said: “I strongly suspect, based on some of what I hear that is under discussion in the depths of the Tory party and Whitehall at the moment, that they know an independence referendum is coming.”