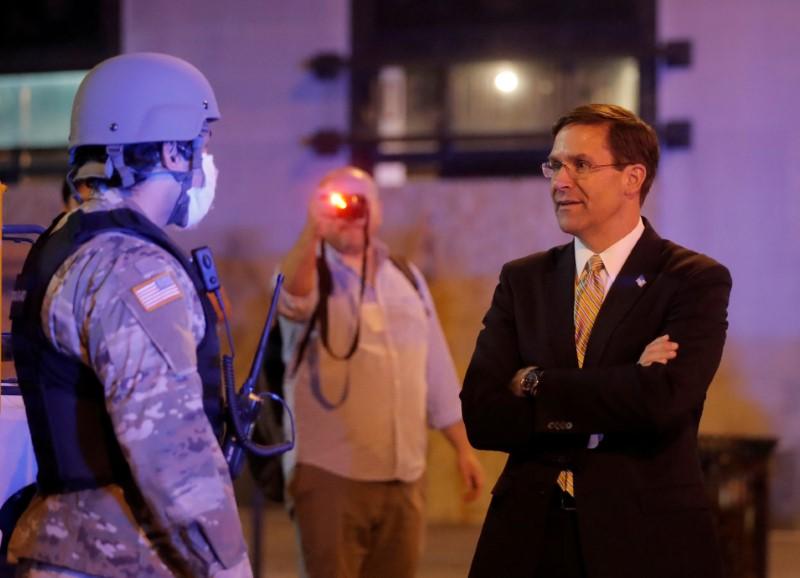 “As of right now, Secretary Esper is still Secretary Esper and should the president lose faith we will all learn about that in the future,” McEnany said at a press briefing.

Earlier on Wednesday, Esper said he did not support invoking the Insurrection Act to deploy active-duty forces to quell civil unrest for now. He also said he was unaware he would be a part of Trump’s politically-charged photo opportunity on Monday in front of a partly burned church across the street from the White House.

McEnany said people protesting the police killing of George Floyd were moved from in front of the historic church before Trump, cabinet members and top aides, including McEnany, walked over because Attorney General William Barr had ordered the security perimeter around the White House be widened earlier in the day.

“It was early afternoon. He noticed that it hadn’t been cleared, gave the order for it to be cleared, and that action took place,” McEnany said.

Trump has said he did not ask for protesters to be moved and the U.S. Park Police has said they used pepper balls and smoke canisters to respond to protesters throwing things.