The coronavirus pandemic has been extremely difficult for many, infecting almost 400,000 people and killing more than 41,000 people. The Government’s chief medical adviser spoke to the nation about the latest news on Monday, but Prime Minister Boris Johnson did not attend today’s briefing. So where exactly is the PM and why was he absent from the latest update?

On Sunday, 3,899 new cases of coronavirus were confirmed and 18 deaths were reported in the UK.

This total was confirmed after three days running where more than 4,000 new cases were confirmed each day.

The PM is understood to be considering a two-week mini lockdown, called a “circuit breaker”, in a bid to stem the rising rates of the virus.

The mini lockdown would not involve a full national lockdown such as implemented in March, but several measures could be imposed which can be turned off and on throughout the winter. 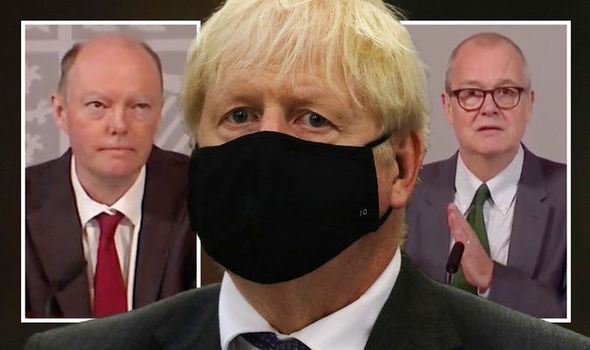 Earlier on Monday, Secretary of State for Transport Grant Shapps said the UK is at “a critical moment” in controlling the virus.

He added: “It is clear we are just a few weeks behind what we are seeing in Europe.”

The cabinet minister said the pending government plan will be based on the public response to the current measures, such as the rule of six and new penalties for self-isolating.

Mr Shapps said it is “absolutely vital” people self-isolate when they are required to do so and adhere to all other coronavirus rules.

Mr Shapps told Sky News: “We are going to end up back in a situation we don’t want to be in.

“I don’t think anyone can realistically expect an entire society to stay at home forever.

“We do have to get the balance right.

“We are at this tipping point and so it is absolutely essential we take stock of where we are and look at the data.” 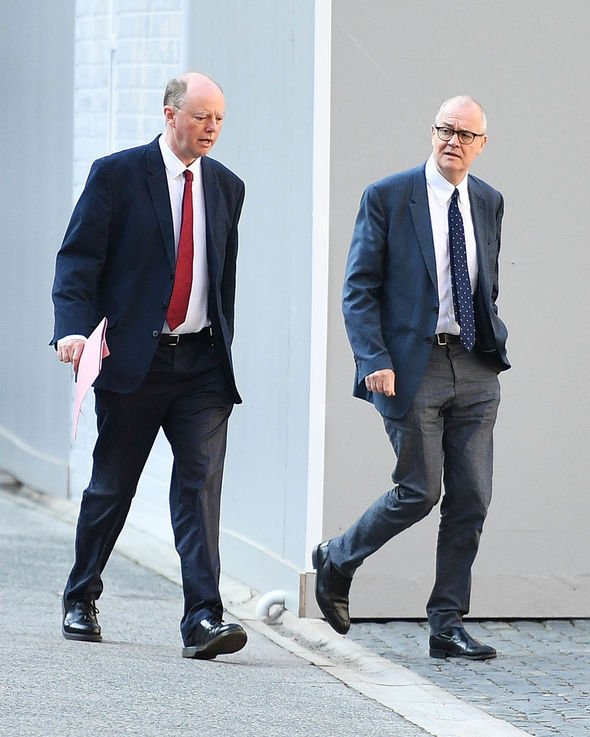 On Monday, Sir Partick was keen to stress there has been an increase in cases across all age groups.

He said there is a simple message, as the disease spreads, there will be more hospitalisations and more deaths.

The adviser added cases are doubling every seven days saying if this trend continues there would be 50,000 new cases per day by October 13, leading to 200 deaths a day a month later if the current rate of infection is not halted.

He said: “Speed and action is needed.”

Sir Patrick added around eight percent, equating to three million people, “may be infected and have antibodies.”

He said the “vast majority” of people are still vulnerable to the disease.

He said: “This is not someone else’s problem. This is all of our problem.

“The seasons are against us… and we have turned a corner.”

Professor Whitty spoke to the country about how the UK is facing a “very challenging winter” with the current trend heading in “the wrong direction”.

A news release before the conference confirmed Mr Whitty would say: “The trend in the UK is heading in the wrong direction and we are at a critical point in the pandemic.

“We are looking at the data to see how to manage the spread of the virus ahead of a very challenging winter period.”

The scientific statement was made ahead of Health Secretary Matt Hancock delivering a statement from the House of Commons at 3pm. 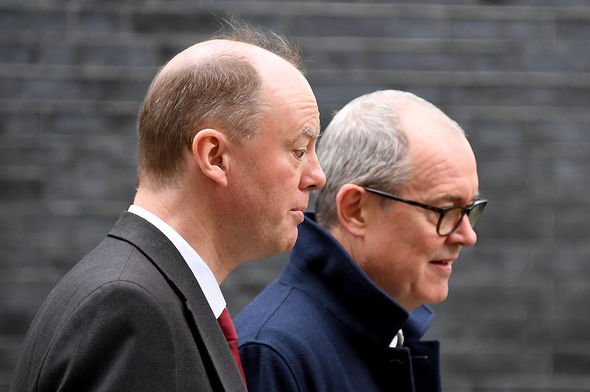 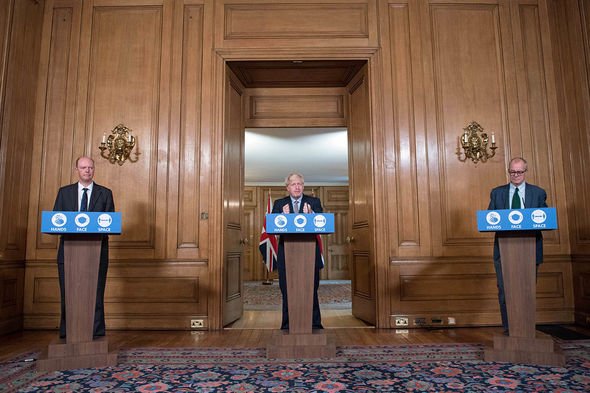 But where is Boris Johnson?

Mr Johnson did not join the scientific and medical advisers on Monday.

Ahead of the briefing, a Whitehall source told The Times the intention was to underline the importance of people following the rules.

Speaking on This Morning, Mr Hancock confirmed this intention adding the Government advisers intended to share the information known by the Government with the public.

The PM’s absence was noted in the briefing on Monday, but Mr Johnson is expected to announce further lockdown measures in the coming days, with cabinet ministers split over how extensive these should be.

The Prime Minister faced criticism from medical experts and members of the public for failing to join today’s briefing.

Professor Ashton said the country needs “decision-based on the facts and not the manipulation of data”.

He added: “It’s promising that they are now going to tell it as it is, but they may be being pushed forward again to be the fall guys for what is looking like a particularly bad few weeks and months to come.

“The trust has been lost… we have got to somehow rebuild public trust for these very difficult coming months.”

One social media user tweeted: “Curious that they’re letting Waldorf & Statler, aka Whitty & Vallance, do the 11am briefing, without anyone like Matt Hancock or Boris Johnson Subtle admission that the latter’s credibility is in tatters, or shift in govt policy from following the science to blaming the science?”

Another wrote: “Boris Johnson isn’t doing today’s big Downing Street #Covid19 briefing with the scientists because he 1) doesn’t understand the science, 2) is incapable of communicating any of it, and 3) wants to avoid responsibility. Also, as my wife said, I bet you he’s not even watching it.”

On Twitter, one person said: “You could see Boris Johnson not giving the press conference as a shirking of duties/responsibility. Alternatively, it’s an admission that the public do not trust the government and are more likely to listen when it comes directly from the scientists’ mouths.”

One person tweeted: “Initially I thought the reason Boris Johnson wasn’t at this briefing was because No.10 wants to this to be a science-led moment. I’m sure that’s true. But I think they also want this to be a moment to shock the public, & don’t want Boris Johnson near the pessimism that conveys.”

Another added: “Coronavirus briefing with no @BorisJohnson (again being a coward) or any minister and no questions? In a society where you can’t ask questions you can’t have democracy.”