Home » Politics » When will it end? EU and UK to ‘start again’ if Brexit trade deal not agreed, Fox says

A Brexit deal would give a “major boost to global confidence” in the aftermath of the coronavirus pandemic, the former international trade secretary said, as he added he was hopeful one would be struck. He said a deal between Britain and the European Union could have a major impact on the hailing global economy. Speaking to Sky News, Dr Fox said: “I still think that a Brexit deal is entirely possible.

“Not only do I think it’s in the interests of both the UK and the EU but in the global circumstances that we face today, we need a boost in confidence.

“And I think that both parties could make a big contribution to that global confidence by coming to an agreement.”

Dr Fox, who formerly served as International Trade Secretary, also pointed out talks between London and Brussels would not come to an end should the Brexit negotiations conclude in a no deal scenario.

The former frontbencher insisted talks with the bloc would still have to resume in the coming months to ensure a tentative trade agreement is in place to avoid major disruption to businesses.

JUST IN: EU demands Brexit deal reviewed in 10 years sparking anger from UK – ‘They don’t get it!’ 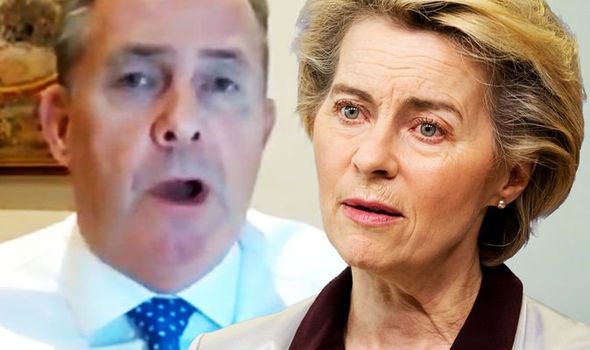 Dr Fox continued: “Let’s face it, even if we don’t get this agreement now, we would have to start again to get to one in the future because it’s in the interests of both parties.

“That’s usually the basis for a trade agreement.”

Asked whether continuing to negotiate would cause a postponement of the Brexit transition deadlines, Dr Fox said: “I still think we will get an agreement.

“I think there are such strong interests on both sides to get it, it is doable if the political will is there. It seems the differences in things like fishing or state aid can be managed, we can get over that.

“The thing we heard nothing at all is a sign that the intensity of the negotiations has increased.”

What to Watch For in the Impeachment Trial on Saturday

All Out Politics podcast: Covid Restrictions – Messaging and decision making