President Trump’s tax records show signs of financial distress, he claims to have lost out on billions of dollars in income while in office and his eldest sons say the family business has forfeited dozens of potential deals across the globe.

Now, denied a second term by voters, Mr. Trump may seek to return to a once-lucrative career in television, this time with a decidedly political bent. His family business will also be free to make up for lost time by once again looking overseas, where hotels and golf clubs helped drive its growth before his election in 2016.

Eric Trump and a spokeswoman for the Trump Organization did not respond on Saturday to requests for comment on the business’s post-White-House plans. The president put out a statement disputing the outcome of the election, indicating that he did not believe he had lost.

After winning the presidency four years ago, Mr. Trump declined to sell off his stake in the Trump Organization, and instead adopted a plan that he said would eliminate conflicts of interest. Among other things, the Trump Organization pledged to forgo new deals outside the United States and hired an ethics adviser to screen certain domestic ventures.

Democrats and others argued that the restrictions were half-measures at best, and indeed the approach did little to prevent the president from turning his resorts and hotels into a hub of favor seeking for lobbyists, donors and corporate chiefs, as The New York Times reported in October.

Still, the presidency took a toll on the privately owned family business, which has not closed a new hotel deal since Mr. Trump entered the White House. The company shelved a proposed chain of budget-friendly hotels last year, and Mr. Trump’s financial disclosure statements showed that his top cash-generating properties had largely gone sideways. Without offering evidence, Mr. Trump claimed last year that being president was “probably costing me from $3 to $5 billion.”

The ban on new foreign deals probably dealt the biggest blow. Before the presidency, the company was eyeing a major expansion in China; it would even maintain a Chinese bank account and keep an inactive office in Shanghai during the presidency. It had also done exploratory work on new business partnerships in Colombia, Brazil and Turkey. 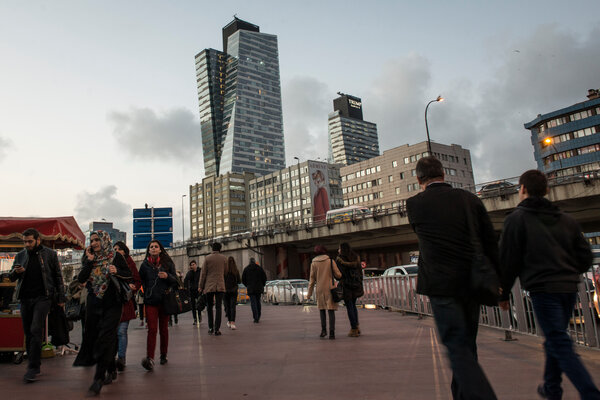 No longer constrained by its self-imposed ethics plan, the Trump Organization is now expected to seek hotel deals and other business, according to several people close to the company. Even so, there will be numerous obstacles to a rebound, including the coronavirus pandemic, law enforcement investigations into the company and a deeply divided view of Mr. Trump among the American public. Additionally, if Mr. Trump made another run for the White House in 2024, he might need to avoid new foreign entanglements that could provide ammunition for political rivals.

As Mr. Trump is poised to once again become a private citizen, here is the landscape for his family business.

The fastest way for the Trump Organization to raise money is to flip the switch on its international deal machine, licensing the Trump name to real estate projects like hotels and residential towers.

When Mr. Trump entered the White House in 2017, Trump Organization executives said the company had left behind more than two dozen such branding deals, including in China, Israel and across South America. As Mr. Trump leaves office, he is popular in some countries, and his brand is widely recognized.

The branding deals are largely risk-free for the company because they do not require capital investments and generally make between $500,000 and $1 million a year, at least initially. The payments often decline after units in residential buildings are sold, unless the Trump Organization makes parallel agreements to manage the properties.

While Congress may no longer be as focused on Mr. Trump’s business activities, prosecutors in New York will continue their investigations.

The Manhattan district attorney’s office is investigating Mr. Trump and his company for an array of potential financial crimes and is seeking his tax returns. The New York State attorney general’s office is conducting a separate civil inquiry into suspicions that the company misstated its assets, possibly to reduce taxes or obtain loans.

The company has denied any wrongdoing, but it may be reluctant to provide the investigators with additional deals to scrutinize. Eric Trump, who runs the company with his brother Donald Jr., last year cited scrutiny from Democrats and the media as a major reason for suspending plans to open a new line of hotels.

The investigations could also lead to negative publicity as the company is looking to expand.

A new stream of business partners may emerge with Mr. Trump out of the spotlight.

Over the past four years, Bobby R. Burchfield, a Washington lawyer, served as the Trump Organization’s ethics adviser, scrutinizing potential deals and business partners. The examinations made it difficult for some to pass muster, while others were scared off by the public attention.

That scrutiny will now fall away, opening a pipeline of new partners.

And with more than $300 million in debt coming due that the president has personally guaranteed, there may be some urgency for the Trump Organization to line up new deals. In addition, an adverse ruling in an audit battle with the Internal Revenue Service could cost him more than $100 million, The Times reported in September.

A polarized country and the pandemic could hamper a rebound.

Some of Mr. Trump’s most lucrative properties are in Democratic strongholds, like New York and Chicago, where he remains deeply unpopular. And his biggest revenue-generator, his Doral golf resort in Florida, has suffered from a drop-off in conference revenue as some big companies and organizations stayed away because of his divisiveness.

As president, Mr. Trump has tried to fill the gap, at least in part, through events booked at his properties by groups connected to him and Republican politics. The Trump International Hotel near the White House was often brimming with partisan allies.

It is unclear if that patronage will continue, or if Mr. Trump’s detractors will return to his properties once he leaves office. Additionally, it has been a tough year for the hospitality industry because of the pandemic, and the headwinds have hit commercial real estate, too. Both are central to Mr. Trump’s business portfolio.

There may be another presidential act for Mr. Trump or his children.

Mr. Trump, as of late, has privately raised the idea of running again in 2024. And the possibility of another Trump presidential run could have a chilling effect on his business in the intervening years, at least in countries like China, where a thicket of ethical and legal conflicts could arise.

The president also may not be the last Trump to run for elected office.

Donald Trump Jr. and Ivanka Trump may hold future political aspirations, and that could curb some plans for growth. The risks are greatest on the international front, where potential for conflicts of interest abound.

Finally, there is Mr. Trump’s love for television.

During his time in the White House, Mr. Trump put his eldest sons in charge of his company along with a team of other executives. But even before that, he had receded somewhat from scouting deals, letting his children take the lead.

Where and how Mr. Trump will reassert himself in the family business will be one of the intriguing questions surrounding his return to private life. A onetime reality TV star, he may instead return to television as a political pundit or in another role, those around him say.

There have been preliminary discussions about acquiring or starting a Trump-branded network, for example. His work on “The Apprentice,” tax records show, brought him new sources of cash and furthered a myth that would help propel him to the White House, The Times reported in September. Paid speeches and a book deal could also await him.