Home » Politics » What’s Driving the Surge at the Southern Border?

Blaming the increase in arrivals on current immigration policy only papers over harder truths, experts say. 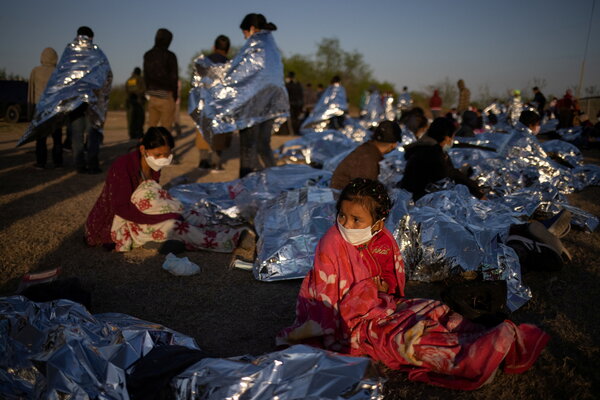 For a relatively popular Biden administration, the recent surge of migrants at the southern border has emerged as a glaring vulnerability.

A poll released today by The Associated Press and NORC found that the public was broadly positive on President Biden’s overall performance, but he was deep in negative territory on immigration issues. Among political independents, 67 percent disapproved of the job he was doing on immigration, while just 30 percent approved.

Notably, the poll results were just a touch less negative when respondents were asked specifically about his handling of “border security,” suggesting that for many voters, particularly independents, his rejection of Donald Trump’s pugnacious approach to migrants arriving from Latin America is not necessarily the source of the problem.

That result points to an inconvenient truth underlying the situation: The recent increase in migration had begun well before Biden took office, and the reasons behind it form a complex web that was a long time in the making.

While Republican commentators have painted this surge as a result of Biden’s softer stance on immigration, experts say this papers over harder truths: The main motivators of emigration from Mexico, Central America and points south are tied to climate change, violent crime and corruption — all issues that the Biden administration knows it must confront if it stands any chance of stemming the inflow of people at the border.

“It’s not possible to talk about any one particular factor, but it’s a confluence of issues that are driving the forced migration,” Vicki Gass, a policy adviser for Central America at Oxfam International, said in an interview.

Migrants have arrived at the U.S.-Mexico border in higher numbers over the past few months, including over 170,000 people in March alone, the largest single-month total in well over a decade. And a higher-than-usual percentage of those travelers are unaccompanied minors; the administration recently opened its 10th temporary housing facility to accommodate these young arrivals.

The most immediate cause of the immigration surge may be the series of deadly hurricanes that swept through Central America last year, part of a greater trend fueled by climate change. They destroyed crops and homes, especially in Honduras, leaving an estimated nine million people displaced. Not coincidentally, Honduras and neighboring Guatemala have accounted for most of the migrants now trying to enter the United States.

“They’ve had six years of ongoing droughts in these areas,” Gass said. “People are starving to death. They have no food, no means for employment or livelihood, and they’re eating the seeds which they would normally save for planting. And when the seeds are gone, they don’t have much more to go on. Many are fleeing because of hunger.”