But now the Labour Party is at risk of its own civil war after Remainers hit back at Sir Keir Starmer for rejecting the EU. It was widely thought that Labour’s stance on Brexit was one of the reasons why swathes of Red Wall seats turned blue in the 2019 general election.

Richard Hewison, leader of the Rejoin EU Party, slammed Labour and called its policy nothing more than empty wordplay.

He said: “When you have no policies of substance, put out a five-point ‘plan’ that says nothing specific and hope to fool people that you have something of substance to say.”

“We can summarise the plan by saying Labour wants to talk nicely to the EU, follow without question as many EU rules as possible, and hope to get thrown a few crumbs in reduced paperwork in return. It’s not going to happen.”

Mr Starmer’s speech on Monday outlined Labour’s plans to occupy the center-ground of British politics, and find a way to make Brexit work for the UK. 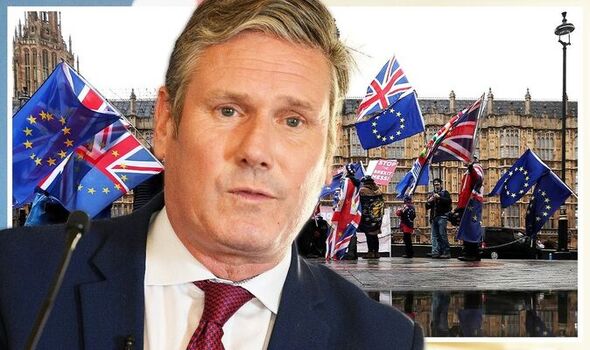 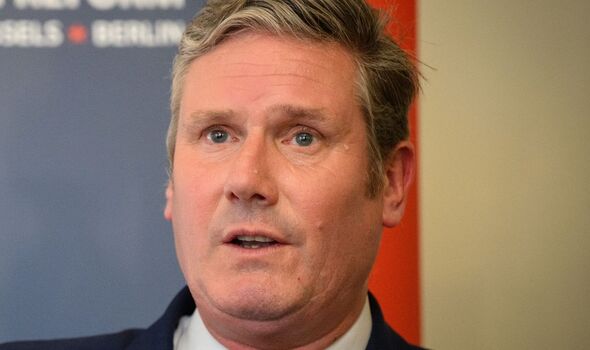 The Labour leader said: “Let me be very clear. Under Labour, Britain will not go back into the EU. We will not be joining the single market or the customs union.”

He added: “It would simply be a recipe for more division, it would distract us from taking on the challenges facing people and it would ensure Britain remained stuck for another decade.”

Under former Labour leader Jeremy Corbyn, the party slumped to election defeat in 2019 after Boris Johnson led the charge for getting Brexit done.

The Prime Minister won an 80-seat majority, in a signal from the British public that the back and forth arguments over the EU had gone on long enough. 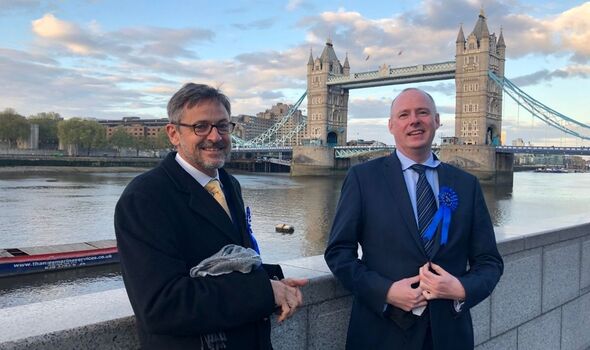 But Mr Starmer tore into the Prime Minister and said the Tory Party had no plan for helping families with the cost of living crisis.

He said: “Britain is also stuck with a government that has no plan. One that was elected on a promise to get Brexit done but has now decided to re-open those old divisions, in order to ensure Britain remains stuck with this failed Prime Minister.”

The row casts doubt over Labour’s ability to hold onto seats that voted heavily to remain in the EU in 2016, including many in London.

Rejoin EU Chairman Andrew Smith said: “Labour’s in denial and won’t confront reality – a few tweaks here and there won’t work. The only way to fix these problems is for the UK to resume its rightful place at the heart of Europe – and rejoin the EU.”

Mr Rend added: “The attitude that the same manipulative tactics that the leave campaign used will work again is frankly insulting. We’ve had enough of cakeism – we don’t believe it anymore.”

While Labour won back Red-Wall seat Wakefield in a by-election last month, it struggled in Tiverton and Honiton in Devon, which the Lib Dems won after overturning the Tories’ 24,000 majority.

The Prime Minister is facing his own crisis today, with several Tory MPs handing in their resignations following his appointment of Chris Pincher as deputy chief whip in February.

But Mr Starmer’s Labour Party may have opened up their own division by isolating its members with its new Brexit policy.