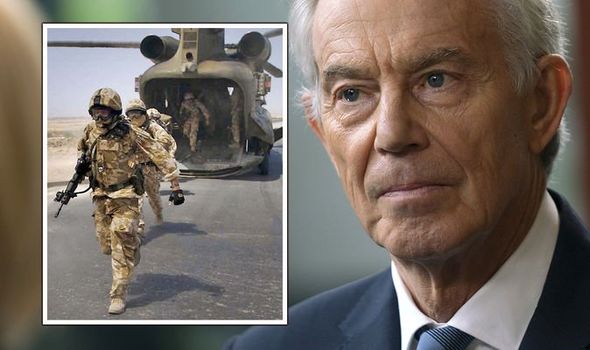 As the number has topped 100,000, it could mean MPs debating whether the former Labour prime minister, 68, should have the honour rescinded.

Northern Ireland veterans branded it an “insult”, while military mothers threatened to return Elizabeth Crosses – given to bereaved families.

Sir Tony was made a Knight Companion of the Most Noble Order of the Garter, an honour bestowed on all bar one of his predecessors. The exception was Alec Douglas-Home, who got the Order of theThistle.

In a letter, co-spokesman Paul Young said: “He is the architect of the legislation which resulted in terrorists being released from prison, being issued ‘letters of comfort’ and royal pardons on an industrial scale, whilst at the same time deliberately excluding any protection to our Armed Forces who served in Northern Ireland.

“This man is detested by the UK veteran community because of his deliberate actions in the continued appeasement of Sinn Fein/IRA.

“It is a huge insult to the relatives of those who perished that this despicable man is now being awarded the highest award that our country can bestow.” Blair also faced criticism for sending troops into Afghanistan and Iraq, a decision which culminated in a devastating report by Sir John Chilcot in 2016 which found he overplayed evidence about Saddam Hussein’s weapons of mass destruction.

A total of 179 Armed Forces personnel and Ministry of Defence civilians died during the Iraq campaign, while 457 were killed in Afghanistan.

Carol Valentine, whose son Simon was killed clearing landmines in Afghanistan in 2009, said Sir Tony’s knighthood is the “ultimate insult”.

And Hazel Hunt, whose son Richard also died in that country, is thinking of sending back the Elizabeth Cross her family received.