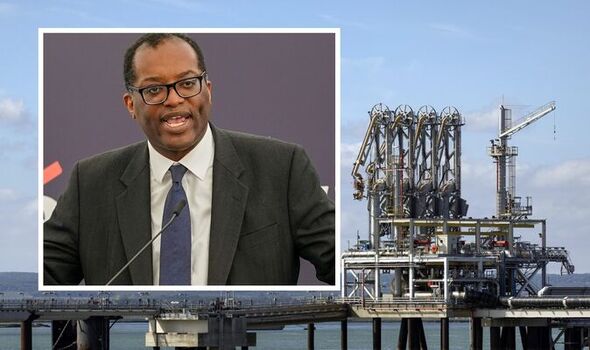 “Project Shine” was first commissioned by the Treasury last year as fears around rising energy prices began to rise due to the pandemic.

Two sources cited by Bloomberg have now revealed that briefings by the project warned ministers of the approaching disaster in November 2021 – well ahead of Putin’s invasion of Ukraine, which has exacerbated the crisis.

The briefings informed ministers that industries including chemical and fertilizer manufacturers were particularly at risk, and faced having to slow down their operations or shut down entirely due to increased operating costs.

The warnings raise concerns about Mr Johnson’s heeding of their warnings, as well as questions about how the next PM will respond.

British industry is not protected by a price cap on energy like households, leaving heavy electricity users such as shops and restaurants vulnerable to shifts in the wholesale energy market.

Bloomberg’s sources add that a plan had been drawn up to extend a subsidy program to alleviate the issue, with funding proposals including through taxation or a levy on household energy bills.

However, it appears neither will be introduced by the current government, with one of the sources claiming it will be up to Mr Johnson’s successor to decide whether to make changes necessary to save struggling businesses.

The government this month announced a consultation on other potential ways to reduce electricity bills for industries.

A spokesperson for the government defended its response to last years’ warnings.

They pointed to the £145 million of extra support given to energy-intensive industries in April 2022.

This intervention came after the invasion of Ukraine pushed prices even higher.

The spokesperson added: “Ministers and officials continue to engage constructively and regularly with industry and our priority is to ensure costs are managed and supplies of energy are maintained”.

Fertiliser industries are of particular concern due to a combination of high prices and lower demand, as well as high manufacturing costs.

For some manufacturers, energy bills take up 12 percent of their cost.

The knock-on effect of higher prices for fertiliser piles on alreayd surging operational costs for farmers – leading in turn to higher food prices.

Ministers were reportedly told that some chemical and fertilizer companies faced site closures or slowdowns without state intervention or a change in circumstances.

Cold storage represents another key issue, due both to the high electricity costs involved and a higher demand for storage in Britain following Brexit.

Frozen and chilled storage were seen as being most at risk, and make up a crucial component for supermarkets transporting perishable goods.

For some supermarkets, electricity makes up 20 percent of their cost.

Ministers were told in the briefings last year that this could lead to higher food prices.

The PM’s spokesperson Camilla Marshall told reporters yesterday: “Households, businesses and industry can be confident they will get the electricity and gas they need over the winter”.

She reiterated that Mr Johnson’s government would be making no announcement on additional support.

Britons braced for barrage of new rules after EU withdrawal – are YOU ready?