WASHINGTON (Reuters) – Efforts to push a further $250 billion of coronavirus aid for small businesses through the U.S. Congress were stalling on Wednesday as top Democrats said they would back the measure only if it was coupled with a similar amount for hospitals and local governments. 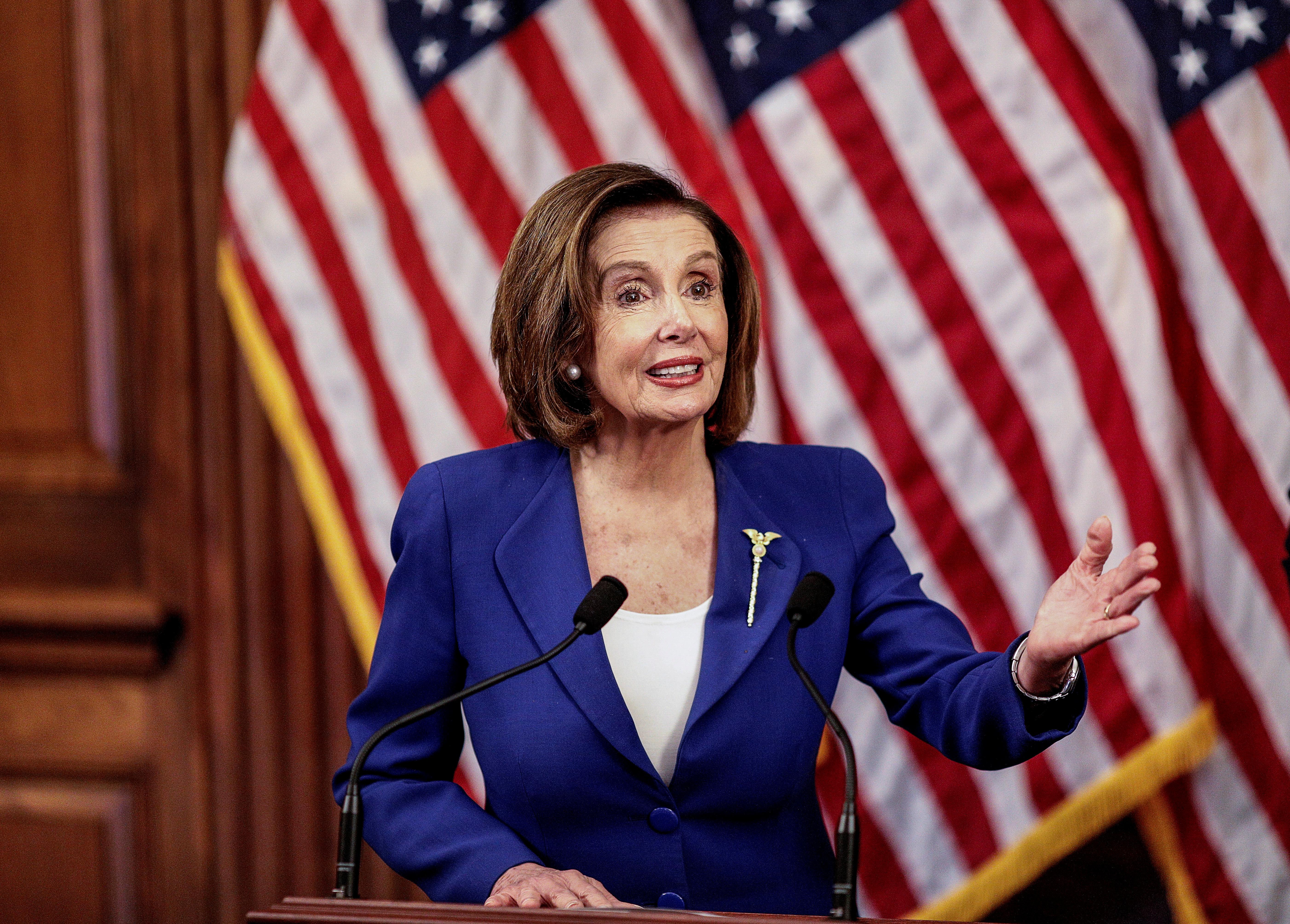 House of Representatives Speaker Nancy Pelosi and Senate Democratic leader Chuck Schumer proposed, in a statement, more than $500 billion in total interim aid that could be followed with another measure expanding relief down the road.

But as the day wore on, Republicans and Democrats appeared far from agreement, jeopardizing immediate action on any bill that would require unanimous support in Congress under fast-track rules.

“The bill that they (Republicans) put forth will not get unanimous support in the House,” Pelosi said in an interview with National Public Radio.

Congress has already allocated more than $2.3 trillion in three waves of legislation aimed at cushioning the economic hit of the novel coronavirus, which has killed more than 14,300 people in the United States.

U.S. Treasury Secretary Steven Mnuchin pushed for Congress to act by the end of this week on the $250 billion request he made on Tuesday.

But there was no sign Republicans would support legislation that goes beyond the additional small-business loans. Nor had Democrats signaled they would back off of their call for coupling the small business aid with $250 billion more for hospitals and state and local governments dealing with the coronavirus crisis and for more food assistance for poor people.

“They (Democrats) shouldn’t use the leverage of small business needing this money to accomplish a lot of things that right now don’t need to be done,” Senate Finance Committee Chairman Chuck Grassley told Fox Business.

A deadlock would mean that neither side is able to win Senate passage of a bill on Thursday and that negotiations might be needed in coming days.

The $250 billion in small-business loans, which would turn into grants if basic lending requirements are met, would be on top of $349 billion that began flowing last Friday.

The loan program is targeted at helping hotels, restaurants and other businesses hurt by the coronavirus pandemic.

Sean Kennedy, a National Restaurant Association vice president, said in a phone interview that nearly 15% of restaurants had either gone out of business since the virus took hold in the United States or were considering doing so within the next two weeks.

He said his association was lobbying for more flexibility in Treasury Department rules governing the loan program.

Top administration officials held separate telephone briefings for House Republicans and Democrats about the coronavirus response. A House Democratic source said Mnuchin told them over $98 billion in small-business loans had been approved so far.

Most lawmakers are not in Washington and the regular business of the Senate and House is on hold at least until April 20, when the current recess is set to end, although it could be extended.

In the unlikely event the Senate approves a bill on Thursday, Pelosi would either have to get her 429-member chamber to go along with a unanimous “voice vote” for the Senate measure or call lawmakers to Washington, possibly on Friday, to muster a majority of the House for passage.

Pelosi has told House Democrats that additional federal aid costing more than $1 trillion was needed. That would follow the March 27 enactment of $2.3 trillion in economic stimulus and other coronavirus-related aid.

Pelosi and Schumer said half of the $250 billion in small-business aid must be for community banks serving farmers and nonprofit organizations as well as minority-, women- and veteran-owned companies.

The bill must also include $100 billion for hospitals and other healthcare facilities, $150 billion for U.S. states and local governments, and an expansion of nutrition programs, they said.