WASHINGTON (Reuters) – Democrats and Republicans in the U.S. Congress found themselves in a partisan deadlock on Tuesday over police reform legislation to address public outrage over law enforcement’s use of excessive force blamed for the deaths of George Floyd and other Black people. 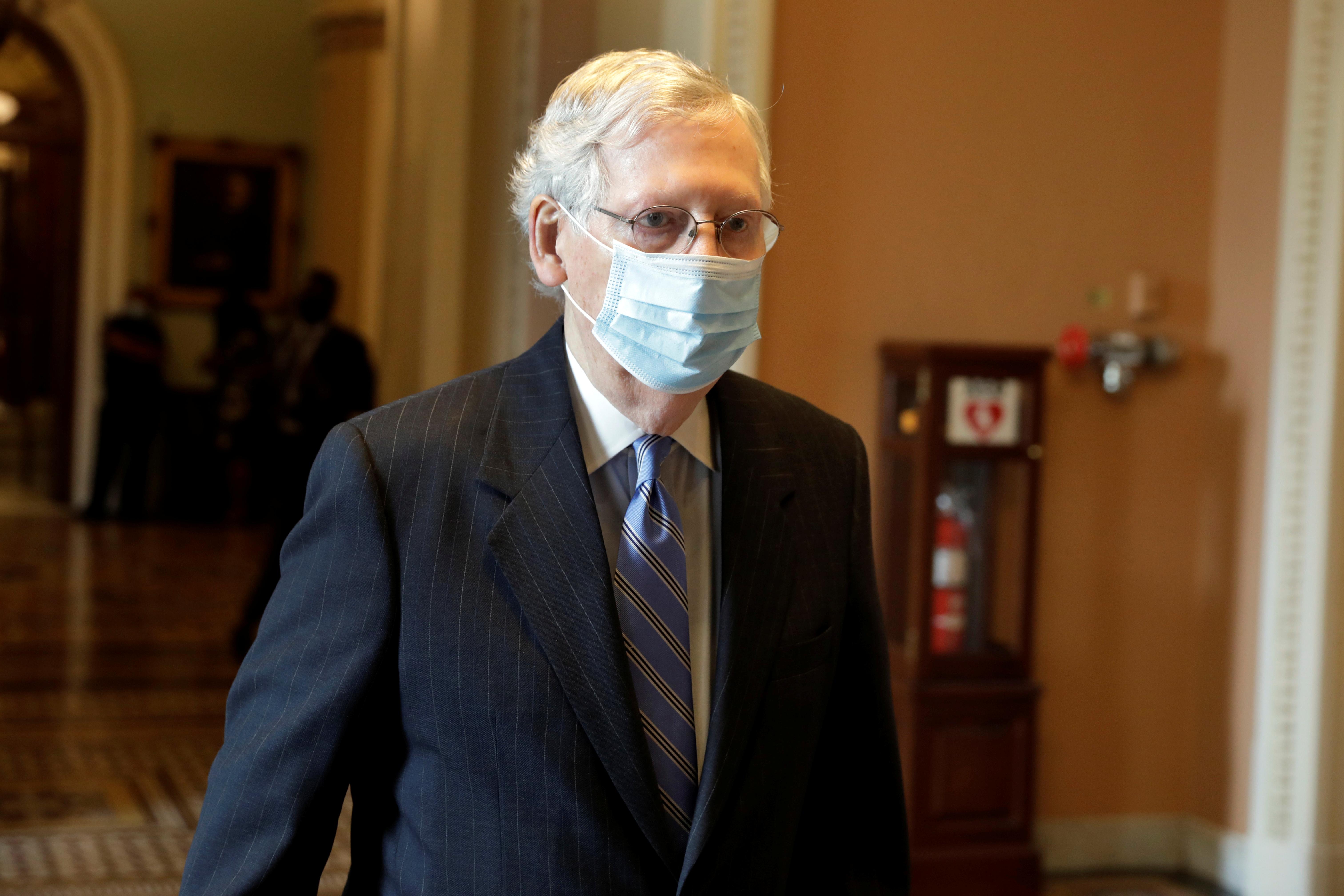 Democrats urged Senate Majority Leader Mitch McConnell not to hold a key procedural vote on Wednesday on a Republican bill that critics say does not go far enough to address racial disparities and misconduct in American policing practices.

They called on McConnell instead to consider stronger reforms contained in a sweeping Democratic bill that the House of Representatives is due to consider on Thursday, warning that the Republican legislation would not receive enough support to move forward in the Senate.

“The Republican bill has been thrown out to give lip service to an issue, with nothing substantial in it that would actually save … lives,” Senator Kamala Harris, a Black legislator who helped craft the Democratic bill, said on the Senate floor.

But McConnell warned of “partisan stalemate” if Democrats refuse to move to a debate on the Republican bill on Wednesday.

“Tomorrow, we’ll find out whether our Democratic colleagues share our ambition or whether they choose to duck the issue and leave the country in the lurch,” McConnell said before Harris and other Democrats had spoken.

Floyd’s May 25 death in Minneapolis, when a white officer knelt on his neck for nearly nine minutes, sparked weeks of worldwide protests and stirred strong public sentiment for stopping excessive force by police, especially against African-Americans.

But nearly a month after Floyd’s death, the Republican-led Senate and Democratic-led House have pursued separate partisan bills that do not have enough support to win approval from both chambers and be signed into law by Trump.

While Democrats reject the Republican bill because it relies on incentives to encourage reforms, Republicans warn that changes in law and policy mandated by the Democratic legislation could have a chilling effect on law enforcement.