The Biden administration is trying to ease trade tension with allies, in part to help counter China. 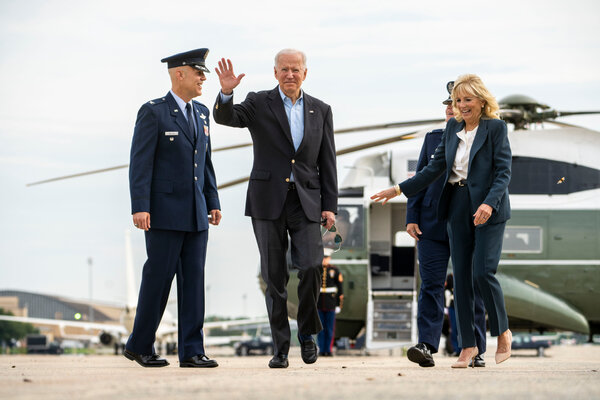 WASHINGTON — The United States and the European Union are working toward an agreement that would settle long-running disputes over aircraft subsidies and metals tariffs that set off a trade war during the Trump administration as President Biden looks to re-engage with traditional American allies.

The two sides are hoping to reach an agreement by mid-July with a goal of lifting tariffs that both governments have placed on each other’s goods by Dec. 1, according to a joint statement that is being drafted before the U.S.-E.U. summit that Mr. Biden will attend in Brussels next week.

Resolving trade tensions with Europe and other allies is a key goal of the Biden administration, which is trying to repair relationships that fractured under President Donald J. Trump, whose provocative approach to trade policy included punishing tariffs. Mr. Biden and other administration officials have said they want to rebuild those relationships, in part so that the United States can work with allies to counter China and Russia.

The joint statement suggested an eagerness on both sides of the Atlantic to end a trade fight that has resulted in tariffs on a wide range of goods — including American peanut butter, orange juice and whiskey as well as levies on European wine and cheese.

“We commit to make every effort possible to find comprehensive and durable solutions to our trade disputes and to avoid further retaliatory measures burdening trans-Atlantic trade,” the document said.