President Trump repeatedly hurled the phrase “They built the cages” at his debate opponent Thursday, but separating children from parents was a policy all his own. 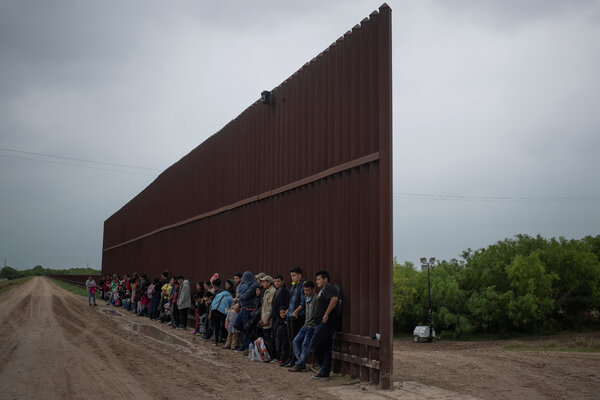 WASHINGTON — President Trump has never been known for making apologies or displaying regret, but when his policy of separating children from their families at the southwestern border arose during his debate with former Vice President Joseph R. Biden Jr. on Thursday, he had a ready deflection for the “kids in cages” accusation.

It was Mr. Biden’s fault.

“They said, ‘Look at these cages; President Trump built them,’” Mr. Trump said. “And then it was determined they were built in 2014. That was him.”

Mr. Trump is correct that the Obama administration expanded the number of border facilities with chain-linked enclosures in 2014, but the journey from their construction to contend with a surge of Central American children crossing the border to Mr. Trump’s “zero tolerance” policy that led to the separation of thousands of families was not captured by the president’s evasions. Nor is it explained by the “kids in cages” catchphrase often hurled by Mr. Trump’s opponents.

“It is one of the definitive phrases, but I don’t think sloganeering will ever bring you closer to why this disaster happened in the first place,” Cristobal Ramón, a senior policy analyst at the Bipartisan Policy Center, said of the “kids in cages” catchall. “You have to get beyond slogans.”

The Obama administration separated children from adults at the border only in cases when there was a doubt about the familial relationship between a child and an accompanying adult or if the adult had a serious criminal record.

Mr. Trump’s “zero tolerance” policy was a deliberate act of family separation, meant to deter migrants from trying to enter the United States. It directed prosecutors to file criminal charges against everyone who crossed the border without authorization, including parents, who were then separated from their children when they were taken into custody.

That policy was ended amid international outcry, but its repercussions remain. Court documents filed this week showed 545 children still have not been reunited with their parents after the Trump administration resisted sharing information with a court-appointed committee of lawyers and advocacy groups tasked with finding their guardians.

‘They’ve done it before!’ David Davis warns EU Brexit punishment only around the corner