WASHINGTON — The Trump appointee who oversees the government’s global media operations is moving to shut down a federally funded nonprofit that helps support internet access around the world, documents show, a decision that could limit people’s ability to get around constraints in places that tightly control internet access, like Iran and China.

The appointee, Michael Pack, the chief executive of the U.S. Agency for Global Media is seeking to restrict the nonprofit, the Open Technology Fund, from receiving federal funding for three years, in part because of a dispute over whether the fund should support work done by the Falun Gong, the spiritual movement known for spreading anti-China, pro-Trump misinformation.

His action, a month before President-elect Joseph R. Biden Jr. takes office, would be difficult for the new administration to undo.

The nonprofit, which is funded by the global media agency, helps develop technology that makes it easier for more than 2 billion people in over 60 countries to access the internet. It is known for helping create tools like Signal, an encrypted messaging application, and Tor, a web browser that conceals a user’s identity while logged onto the internet.

Officials at the fund have 30 days to appeal Mr. Pack’s decision, according to documents. Mr. Pack, an ally of Stephen K. Bannon, President Trump’s former adviser and strategist, will oversee any appeal, legal experts said. His final decision must be made by Jan. 19, one day before Mr. Biden takes office, the documents show.

During that time, the Open Technology Fund would not be able to receive any money from the federal government, and will only have enough funds to keep its staff of 10 employed until June, officials at the nonprofit said.

Without funding, projects that help provide nearly 1 in 4 Iranian citizens and 10 million people in China access to the internet could be at risk of stopping, the officials added.

“This is the kill shot,” Laura Cunningham, acting chief executive officer of the Open Technology Fund, said in a statement to The New York Times. “Without OTF, users around the world will be cut off from the global internet.”

A spokesman for the U.S. Agency for Global Media said that the agency is committed to funding a range of firewall circumvention technologies.

He said that the organization lacked “adequate authorization from Congress” to be a government funded nonprofit, according to documents. The fund started in 2012 as a pilot program within Radio Free Asia, a broadcasting outlet under the agency’s purview. In 2019, Congress allowed it to become an independent nonprofit grantee of the media agency.

Mr. Pack said that the Open Technology Fund has breached conflict of interest rules by not disclosing if it has paid its board of directors. He has also said that the funds his agency has given the nonprofit group have had “no apparent impact” on internet freedom.

Tools supported by the Open Technology Fund are recommended by organizations including the United Nations.

The Open Technology Fund has received bipartisan support in Congress. In a September Congressional oversight hearing for the U.S. Agency of Global Media — where Mr. Pack ignored a subpoena to testify — lawmakers said that the fund’s budget of $20 million dollars has proved invaluable in stemming the advance of Chinese and Russian surveillance technology, protecting human rights activists and journalists in repressive societies across the world, while allowing millions to access the internet across the globe. 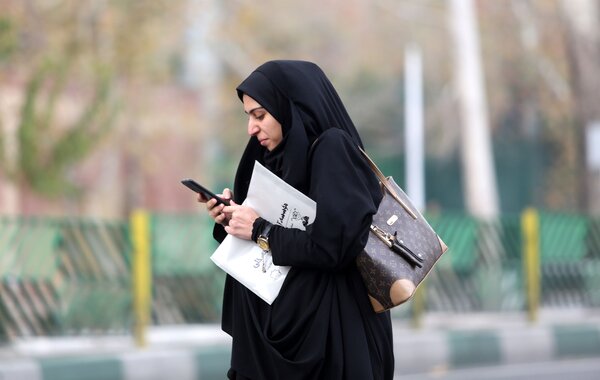 In a joint statement on Saturday, Senator Marsha Blackburn of Tennessee and Representative Michael McCaul of Texas, both Republicans, said Mr. Pack’s attempts to strip the Open Technology Fund of access to U.S. government funding for the next three years, called debarment, would be a significant setback to U.S. foreign policy objectives.

The effort “is a blow to democracy movements around the world who rely on their services to push back on authoritarian regimes,” they said. “This latest attempt by CEO Pack to circumvent Congress and gut the Open Technology Fund, which is a lifeline for freedom fighters around the world, is absolutely unacceptable and will endanger democracy movements, and lives, across the globe.”

The Open Technology Fund became the target of Mr. Pack shortly after he took office. He moved to fire the fund’s board in June. That decision was challenged in the federal courts. A federal judge has temporarily overturned Mr. Pack’s decision until a final ruling is issued.

In June, Mr. Pack temporarily withheld millions in funding to the nonprofit. In response, 527 human rights organizations and internet freedom groups — including Human Rights Watch and the Wikimedia Foundation, which hosts Wikipedia.com — called on members of Congress to protect the nonprofit group from Mr. Pack’s actions.

Much of the worry around the Open Technology Fund revolves around its leadership’s resistance toward funding a piece of firewall circumvention software called Ultrasurf, developed by a member of the Falun Gong, the secretive, spiritual movement persecuted by the Chinese Communist Party. The group has embraced Mr. Trump for his anti-China stances.

The State Department in July issued an audit of Ultrasurf, saying the “Ultrasurf platform, in its current state, would be a costly and ineffective waste of U.S. taxpayer dollars.” In November, Mr. Pack provided Ultrareach Internet Corp., the parent company of Ultrasurf, a nearly $1.8 million contract, federal data shows.