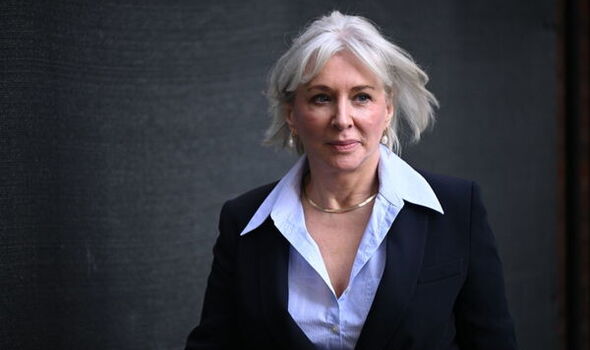 The ex-Brexit Secretary claims the new Online Safety Bill is “dangerous” and “authoritarian” and would lead to censorship by tech companies and grant too much power to the Government of the day. Mr Davis is particularly concerned about requirements for large online platforms to address content which is considered “legal but harmful”, predicting that for fear of being fined tech bosses will “censor people” who have not broken any laws.

The culture secretary will have the power to add to the list of categories of such material that must be addressed as a priority by the companies, and Mr Davis warns that free speech could be eroded “without proper parliamentary scrutiny”.

Writing for the Sunday Express, he said the Bill “represents a devastating blow” to freedom of speech and “true Conservatives should have nothing to do with it”.

Ruth Smeeth of Index on Censorship echoed his concerns, describing the Bill “a dangerous mess”.

She said: “There are some things to welcome, not least an eleventh-hour realisation that these proposals bring with them a tremendous risk to freedom of expression, journalistic freedoms and democratic liberties. But instead of scrapping the absurd concept of ‘legal but harmful’, ministers have chosen instead to make themselves arbiters of what will be covered by this description.

“Meanwhile, the ever greater powers given to Silicon Valley are as wrong as they are wrong-headed. There remain provisions in this Bill that are worthy of support, from child protection to tackling online scams.

“Yet while it retains at its heart a dangerous approach to freedom of expression and journalistic freedom, we will redouble our efforts make ministers think again.”

A spokesman for the human rights group Liberty was concerned at the proposals which come as speculation mounts about an overhaul of the Human Rights Act.

He said: “We cannot afford to give too much power to this Government – and subsequently all future governments – to determine what is and isn’t allowed to be said online. Instead we needs a rights-based approach that upholds freedom of expression for everybody, including and especially for marginalised communities.”

The long-awaited legislation to crack down on abuse of the internet includes a ban on sending unsolicited sexual images – so-called “cyber-flashing” – as well a requirement for pornographic websites to verify the age of users, measures to clamp down on scams and a new right of appeal for people who believe their social media posts were taken down unfairly.

A spokesperson for the department for digital, culture, media and sport criticised Mr Davis’s remarks, saying: “This is a misunderstanding of the Bill and it is a shame that it keeps being repeated.

The Bill will not require social media firms to remove legal content, but it will require them to protect children from adult material and to finally do more to remove illegal content that is too often allowed to stay up online.

“The Bill also ensures the biggest social media firms have clear terms and conditions and that they actually have to enforce consistently. This will mean users know whether content like bullying or images of self-harm are permitted on the platform when they sign up, and know it will be removed if not.

This is good consumer protection and better than leaving online to remain in the wild west.”

Culture Secretary Nadine Dorries is set to have talks with the influential Common Sense Group of Conservative MPs this week over their demands on the Online Safety Bill.

The Sunday Express understands that the Culture Secretary will meet with MPs on Tuesday where she will be asked to make social media giants the legal publisher in the cases of anonymous accounts.

This means that when anonymous accounts are used to defame people or publish harmful content the social media company would be held responsible legally and could be sued or prosecuted.

The move would stop short of an outright ban on anonymous accounts but would force social media companies to regulate their content.

Chairman of the group Sir John Hayes said: “This requirement to provide protection would cover everyone from PC Andrew Harper’s widow to Premier League footballers.
“Of course nobody is above being criticised but they should not be trolled just because they are who they are.”

They also want stronger regulation for images than ideas.

Sir John said: “There is a difference between ideas and images. It is clearer what an inappropriate image was while ideas can usually be debated.”

At long last, the Government has published the much anticipated Online Safety Bill.

The Secretary of State in charge of this Bill, Nadine Dorries, has put it at the heart of her agenda.

As it stands, the Bill could be the biggest accidental curtailment of free speech in modern history. It is dangerous. It is authoritarian.

There are three key problems with the Bill.

Secondly, the Bill does not simply relate to illegal content, it also calls on social-media giants to censor ‘legal but harmful’ content.

Thirdly, the Bill attempts to cover far too wide a range of issues. Inevitably, this will result in sweeping, unfair rules.

Ever since it first mentioned the Bill, the Government has faced heavy criticism from groups like Big Brother Watch, which are worried about its impact on civil liberties.

In recent weeks, ministers have tried to counter the views of campaigners and MPs like me who are gravely concerned by the Bill.

The Bill presented last week is improved from its draft form. But it is a long way from being acceptable and all three core problems remain.

Writing last week, the Secretary of State tried to frame the Bill as a defence of free speech.

It is precisely the opposite. It will make Silicon Valley even more likely to censor people – afraid, as bosses will be, of being fined for not silencing enough users. The fact that the Bill vaguely tells social media companies to pay ‘regard’ to free speech when taking down content is of little reassurance.

What’s more, the Secretary of State will be able to change the definition of ‘legal but harmful’ content through secondary legislation. That means the Minister’s decision will be debated in a Committee, the majority of whom will be selected by the government’s Whip’s Office. This raises the prospect of the law shifting – further eroding free speech – without proper parliamentary scrutiny.

This is unacceptable. If we really think something needs to be banned online, we must debate it in parliament as a whole.

We have already seen rampant attacks on online free speech. The proposals in this Bill will only make that worse.

My colleague Sir Christopher Chope has twice been censored by YouTube when speaking about compensation for the small minority of people suffering injuries from Covid vaccinations. Videos featuring him debating the issue in Parliament were taken down.