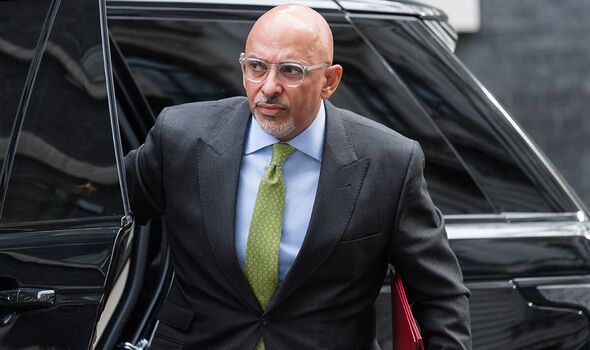 Nadhim Zahawi faces fresh questions over his tax affairs after he was accused of paying a penalty as part of a multi-million pound settlement with HMRC. The Tory party chairman and former Chancellor, who attends Rishi Sunak’s Cabinet, has been under pressure since it was reported that he paid a seven-figure sum to end a dispute.

Now, the Guardian has reported that he paid a 30 percent penalty, taking the estimated total to more than £4.8 million.

Both Mr Zahawi’s team and the Conservative Party were contacted about the latest allegation. Neither have responded to rebut the report.

Labour has called for an inquiry into Mr Zahawi and deputy leader Angela Rayner urged HMRC to clear up the “serious questions raised about a potential conflict of interest”.

Tax lawyer Dan Neidle has been working to expose the minister’s tax affairs and has estimated that he owed £3.7 million.

Interest could be due on top of the 30 percent penalty reported by the Guardian, taking the possible total to in excess of £4.8 million.

Mr Neidle, of the Tax Policy Associates think tank, said “you don’t pay a 30 percent penalty if your tax affairs are in order”.

He said: “You do it, at best, if you’ve been careless if you haven’t paid tax that’s due.”

The lawyer said the chances Mr Zahawi had paid a penalty were “almost inevitable” after the Sun on Sunday reported that he had settled a seven-figure sum with HMRC.

Asked about the level of the reported penalty, Mr Neidle said: “It probably means that at least he didn’t admit to deliberate behaviour, it probably means he admitted to carelessness.”

The Conservative MP allegedly avoided tax by using an offshore company registered in Gibraltar to hold shares in the polling company he co-founded, YouGov.

The report described the company as the “family trust of Nadhim Zahawi”, then an executive director of the polling firm.

Ms Rayner said: “If HMRC has applied a 30 percent penalty in this case, the British people deserve to know why, yet the Conservative Party chair is maintaining a deafening silence.

“It’s quite clearly a matter of public interest to know if the man who was, until recently, in charge of the UK tax system has accepted a fault or been subjected to a penalty to settle his own tax bill.

“Rishi Sunak must explain what he knew about this, and why he appointed Nadhim Zahawi to his Cabinet.”

A spokesman for Mr Zahawi has previously said his taxes are “properly declared and paid in the UK” and the minister “has never had to instruct any lawyers to deal with HMRC on his behalf”.

Mr Sunak has defended his ally, telling Prime Minister’s Questions on Wednesday that Mr Zahawi “has already addressed this matter in full and there’s nothing more that I can add”.

The Prime Minister’s press secretary said Mr Zahawi “has spoken and been transparent with HMRC”.

On whether Mr Sunak believes the matter is now closed, she said: “I don’t know whether the Prime Minister has reviewed it in full, but I do know that he takes Nadhim Zahawi at his word.”