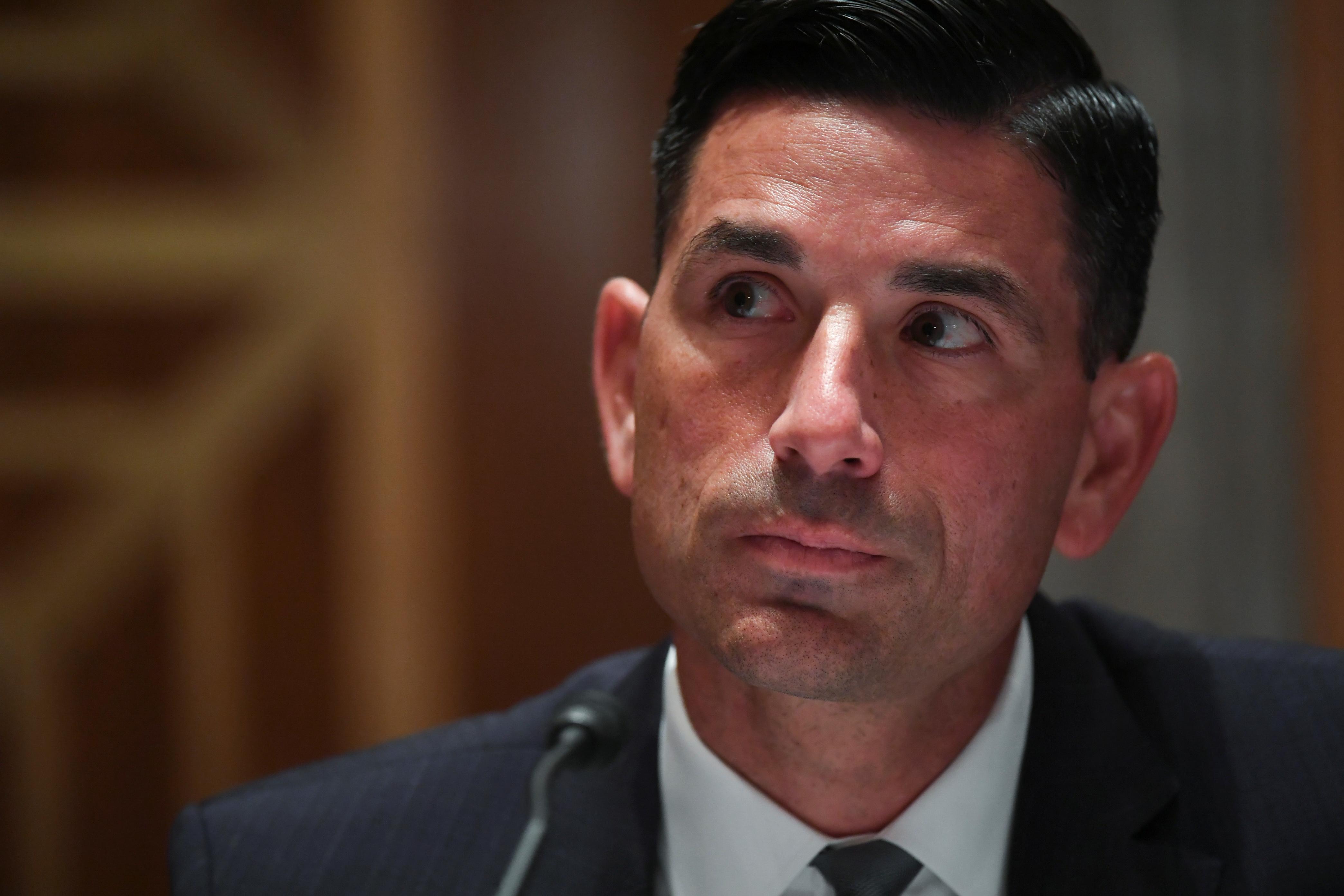 WASHINGTON (Reuters) – The appointments of two top homeland security officials in the Trump administration were improper, a U.S. government watchdog said on Friday in a decision that could complicate the administration’s efforts to defend immigration policies in court.

The U.S. Government Accountability Office (GAO) found that the appointments of Chad Wolf, acting secretary of homeland security, and Ken Cuccinelli, acting deputy secretary of homeland security, did not follow processes outlined in federal law. The GAO, which provides nonpartisan information to Congress and cannot force the executive branch to take action, referred the issue to the inspector general for the U.S. Department of Homeland Security (DHS), another watchdog.

Republican President Donald Trump made a crackdown on immigration a major focus of his first four-year term in office and campaign for re-election. At the same time, he has cycled through leaders at DHS, which oversees immigration enforcement, relying on many officials in a temporary “acting” status.

Nathaniel Madden, a DHS spokesman, said the department disagreed “wholeheartedly” with the GAO and would issue a formal response shortly.

In a 12-page decision, the GAO found that the department did not follow the proper chain of succession following the departure of Senate-confirmed Secretary Kirstjen Nielsen in 2019, making the subsequent appointments of Wolf and Cuccinelli improper.

The decision could provide legal firepower for parties challenging Trump immigration policies and potentially make the policies easier to reverse if his Democratic opponent Joe Biden wins the Nov. 3 election.

In a federal court hearing in Maryland on Friday over new Trump rules that make it harder for asylum seekers to obtain work permits, U.S. District Judge Paula Xinis said that if the GAO findings were correct, the rules should be invalidated.

Top Democrats, including Senate Minority Leader Chuck Schumer, called on both Wolf and Cuccinelli to step down in light of the report.

Afghanistan: UK in race against time to fly 2,000 out of Kabul