The Expedition in Pursuit of Rare Meats, painted by Rex Whistler in the 1920s, has hung in the restaurant after which it is named for decades. However, after an online group drew attention to the mural, and specifically the imagery of two apparently enslaved children depicted within it, the committee commissioned a discussion paper by the artist John Akomfrah and academic David Dibosa.

Speaking in September, committee chairwoman Dame Moya Greene told the Tate board members were “unequivocal that the imagery of the work is offensive” and the “offence is compounded by the use of the room as a restaurant”.

The Tate had previously described the mural as one of Whistler’s “most significant works”.

The statement added: “It is important to acknowledge the presence of offensive and unacceptable content and its relationship to racist and imperialist attitudes”. 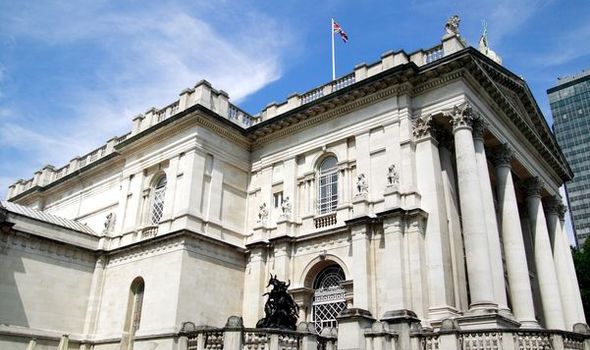 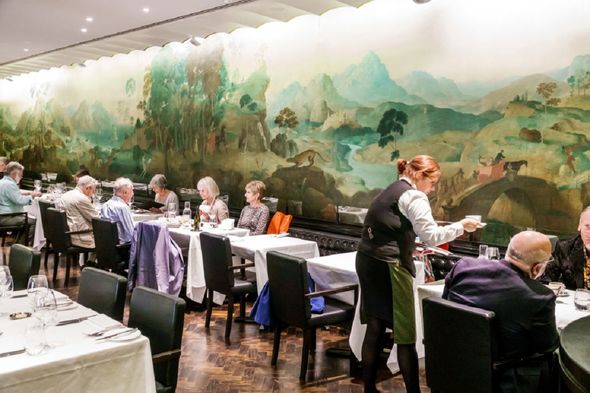 Critics’ group The White Pube flagged up their concerns in a tweet in July which said: “Rex Whistler Restaurant in the basement of @Tate Britain has a racist mural called ‘The Expedition in Pursuit of Rare Meats’ that depicts Black child slaves.

“They keep investing in its restoration & the website includes a description of it as ‘the most amusing room in Europe’.”

Twitter user Sarah Hickie said: “Wow this is vile I had no idea”, while another suggesting the painting was “shocking and horrific”.

JUST IN: Turkey lashes out at ‘provocative’ Greece as tensions soar in east Med 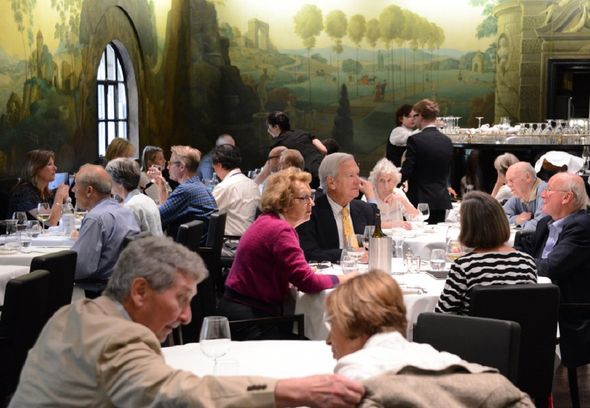 Kerry Sinahan added: “How can this dehumanizing violence be allowed?”

However, not everybody was impressed by the idea of hiding the painting from view.

One poster said: “The people advocating for censorship of art today are no better than those who put a fig leaf on Michelangelo’s ‘David’. Puritanism at its worse.”

A spokesman for the gallery said: “The fine dining restaurants at Tate Modern and Tate Britain both remain closed until at least autumn 2021.

“As reported in the summer, we are taking this time to consult internally and externally on the future of the room and the mural, and we will keep the public informed of future plans.”

Whistler painted the piece when he was 22.

Churchill statue may be 'safer' in museum says granddaughter

He is regarded as one of the most important British artists of the early 20th century.

The focus on the painting reflects wider concerns about Britain’s colonial past which have left some uneasy at perceived attempts to airbrush history.

In the wake of the tragic death of George Floyd in the United States and the resurgence of the Black Lives Matter, a statue of slave trader Edward Colston was thrown into Bristol harbour. 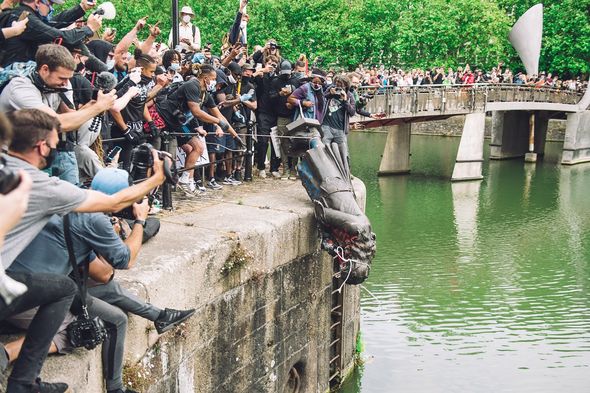 Additionally, the initial decision to remove Rule Britannia from this year’s Last Night of the Proms provoked a furious backlash, prompting organisers to backtrack.

Last month, the British Museum was forced to apologise after former Poet Laureate Ted Hughes’s name was included on a register of famous figures with connections to the slave trade on the basis on an ancestor born 300 years before he was.

In a statement, the library said: “We regret profoundly the distress that this has caused and have removed the spreadsheet pending a review of this research.

“In particular we wish to apologise to Mrs Carol Hughes, widow of the late Poet Laureate, Ted Hughes, and to other family members and friends, owing to a reference included in the spreadsheet to a distant ancestor which should not have been made, and which we withdraw unreservedly.”