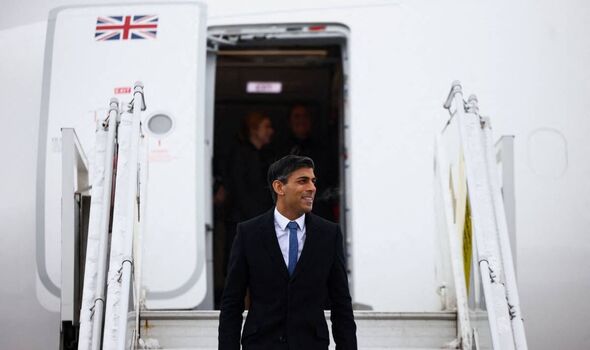 The Prime Minister said the scheme, which High Court judges ruled was lawful on Monday, is an “important part” of the Government’s plan to end the small-boats crisis.

But he told MPs yesterday “we expect further legal challenge” with judges set to rule on January 16 whether a number of charities and campaigners can appeal.

If they get permission, it means the Government could face months of legal battles, with no migrants deported until proceedings are resolved.

Asked how many people the Government thinks it will send to Rwanda, Mr Sunak yesterday told the Liaison Committee of MPs: “We expect further legal challenge. We will continue to pursue that as necessary.”

Dame Diana Johnson, chairwoman of the Home Affairs Select Committee, noted the Rwandan government had used a figure of around 200, to which the Prime Minister responded: “We haven’t commented on what is a commercial contract.”

He added: “We’ve clearly said there’s a £120million payment for additional development. I believe the Rwanda scheme represents an important part of our plan to tackle illegal migration and stop small boats.

“It is not the only part of it, but it is an important part. We will introduce legislation in the new year that will achieve the aim I set out.

“I am confident that we can deliver on that plan and it will make a difference and reduce the number of boats arriving.”

Mr Sunak also said he was committed to abolishing the backlog of 92,000 asylum claims by the end of next year.