Health Secretary Matt Hancock has announced two cases have been detected of another new strain of the coronavirus in the UK. The new mutation was first recorded in South Africa earlier in the month. Mr Hancock said: “Both are contacts of cases who have travelled from South Africa over the past few weeks.”

The Conservative frontbencher added: “We are incredibly grateful to the South African government for the rigour of their science and the openness and the transparency with which they have rightly acted as we did when we discovered a new variant here.”

Mr Hancock continued: “This new variant is highly concerning because it is yet more transmissible and it appears to have mutated further than the new variant that has been discovered in the UK.”

The Government has been advising those who have been in contact with anyone who visited South Africa in the last fortnight that they must quarantine.

He added: “These measures are temporary while we investigate further this new strain which is shortly to be analysed at Porton Down.”

JUST IN: Tier 4 EXTENDED: More of UK plunged into lockdown as ‘dangerous’ variant out of control 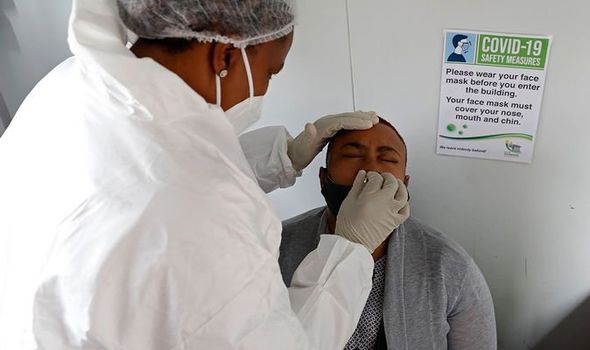