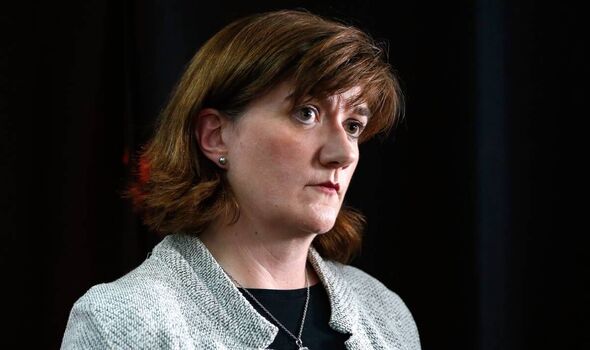 Ms Nokes, MP for Romsey and Southampton North, said: “I always reflect that what happens in the online space all too often overflows into real life.

The petition calls for the Bill to introduce a violence against women and girls (VAWG) code of practice.

This would provide clear rules for tech companies on how to prevent and respond to violence and hold them to account for not prioritising female safety – or face serious consequences.

Women are 27 times more likely than men to be harassed online, Glitch and EVAW said – while one in five women suffers online harassment or abuse.

Andrea Simon, director of EVAW, said: “If they aren’t forced to, platforms won’t fix a system they’re profiting from.”

Seyi Akiwowo, of Glitch, said: “We are supporting a simple amendment that will help ensure firms systematically prevent misogynists wreaking havoc on our online spaces.”

Ms Nokes added: “I welcome this Bill. It’s taken a long time to get it this far.

“I want to see a code of practice that is robust for the tech companies and for those media giants that have, to date, allowed misogyny to become commonplace.”

The delivery of the petition came just as the Bill returned to the Commons for its final stages.

He bowed to pressure from 50 MPs calling for a Bill amendment to make tech chiefs criminally liable for failing to stop minors seeing damaging content.

But Culture Secretary Michelle Donelan also promised changes to crack down on those who use social media to promote Channel crossings – socalled “TikTok traffickers”.