The debate, which will run between 7.30pm and 9pm tonight on STV will feature the five leaders of the main political parties at Holyrood – Labour, Lib Dems, Greens, Conservatives and the SNP. Patrick Harvie, Willie Rennie, Douglas Ross, Anas Sarwar and Nicola Sturgeon will battle it out in the second and final leaders debate of the season.

But George Galloway and Alex Salmond have reacted with fury at being excluded from the Scottish broadcaster’s debating table and threatened to launch legal challenges against the broadcasters.

Douglas Ross, leader of the Scottish Conservatives, told the Express: “It’s not my decision but I do want the debates to allow us to have a full and frank discussion of the policies we’re putting forward.

“We saw in the BBC TV debate that many of the audience questions were prefaced with their own concerns that we can’t focus on these vital issues while another independence referendum hangs over us.”

Speaking on Alex Salmond’s Alba Party and George Galloway’s Alliance4Unity being excluded, Mr Ross added: “These are decisions for the BBC, STV and Channel 4 and whoever hosts the debates in line with Ofcom guidance. 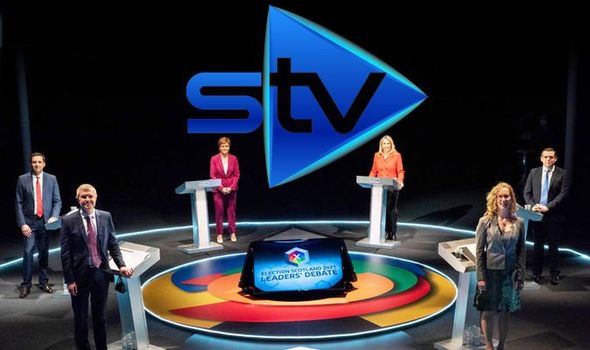 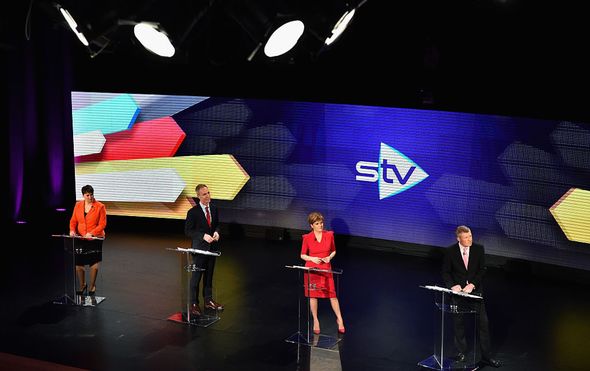 “The Guidance is clear that established parties who have a record of electing MSPs in Holyrood are invited to attend.

“I think it’s clear at the moment that the smaller parties do not meet that criteria but clearly it is a decision for the host channels, but I will debate anyone and everyone at the next debates.”

Speaking ahead of the debate, Willie Rennie, leader of Scottish Lib Dems, added to this publication: “I’m not afraid of debating them [Salmond and Galloway].

“George Galloway is already predicting defeat, he’s not got a great deal of optimism about his own talents, we need people that are confident about the United Kingdom. 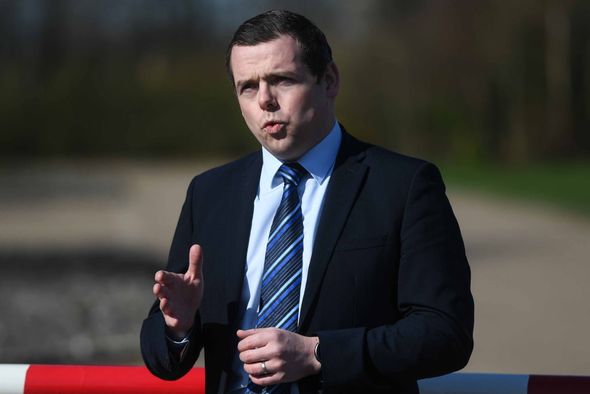 “On both counts, it’s not for me to decide, it’s for the broadcasters.”

A Scottish Labour source said: “After his performance last time, it’s not surprising that Douglas Ross wants to turns this debate into a circus.” 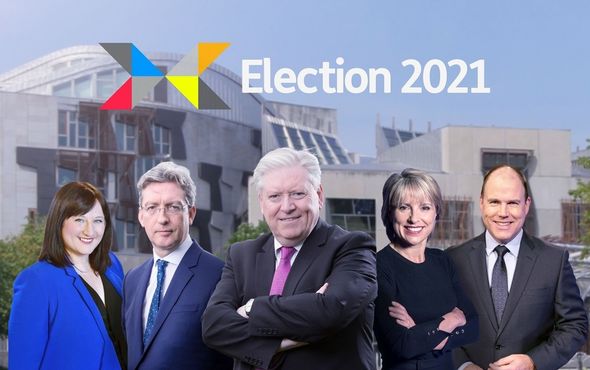 Sir John Curtice, Professor of Politics at the University of Strathclyde and Scottish polling expert, said: “Given the evidence, I would be surprised if Ofcom were to rule in Salmond or Galloway’s favour.

“Salmond’s representing the section of the SNP that feel let down by Sturgeon.

“They feel Sturgeon is more interested in being First Minister.

“There has long been a debate on what should happen.”

In a statement issued this afternoon, Mr Salmond accused STV and BBC Scotland of “effectively censoring” the Alba party ahead of the debate.

He said: “The BBC and STV operate as if they were in a self-isolated political bubble in which the initiative that everyone else is talking about doesn’t even appear on their radar.

“Not only does that involve excluding Alba from election debates but also dictates the daily mentions on all the main news bulletins.

“These organisations, unlike others, are effectively censoring Alba. 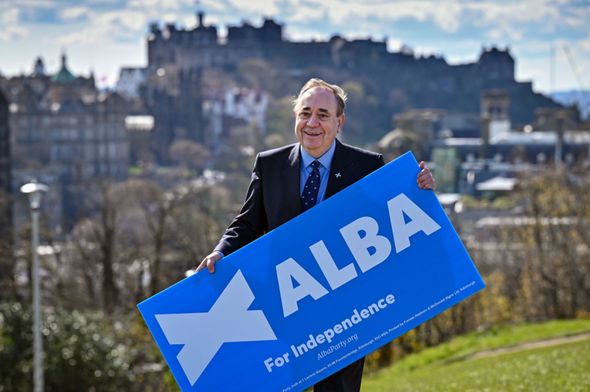 “We have asked both BBC and STV repeatedly for an explanation of their undemocratic behaviour but have not yet even received the courtesy of full detail of their proposed election coverage over the next three weeks.

“In two weeks ALBA have secured a membership greater than the Liberal Democrats and more MPs than the Labour Party.”

An STV spokesperson said: “STV’s election coverage has been, and will continue to be, balanced and fully in accordance with strict Ofcom guidelines.

“Alex Salmond has not been invited to participate in the STV Leaders’ Debate. We have offered the Alba Party the opportunity for Alex Salmond to take part in a one-to-one interview with Colin Mackay as part of our series of Scotland Tonight specials.”