SNP Commons Leader Ian Blackford traded blows with Speaker Lindsay Hoyle in the House of Commons after the Scottish politician accused Boris Johnson of lying in his past as he discussed reports Michael Gove used emergency funds for opinion polls. Lindsay Hoyle quickly addressed the breach in decorum and calmly urged Mr Blackford to withdraw his comments. But the pair exchanged awkward blows several more times as the SNP leader also overran his allocated time in an embarrassing display from Mr Blackford.

Mr Blackford was invited to ask an urgent question to the Government following reports of emergency Covid funds being used on opinion polls discussing the Union.

Cabinet Minister Michael Gove was accused of using part of a £560,000 fund, used to gauge public opinion on Covid restrictions, to ask questions about Scottish independence and the UK as well.

Speaking in the House of Commons, Mr Blackford said: “The truth and this government are distant strangers.

“And that should come as no surprise when we remember the Prime Minister has been sacked but not once but twice for lying. 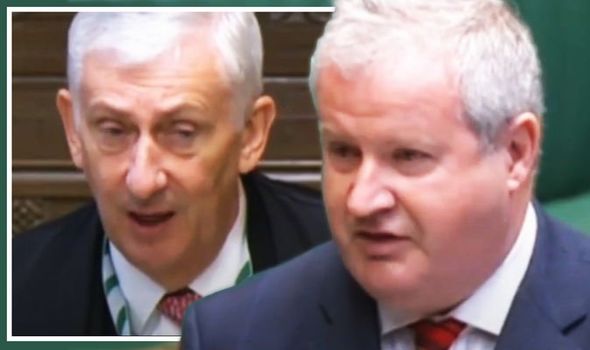 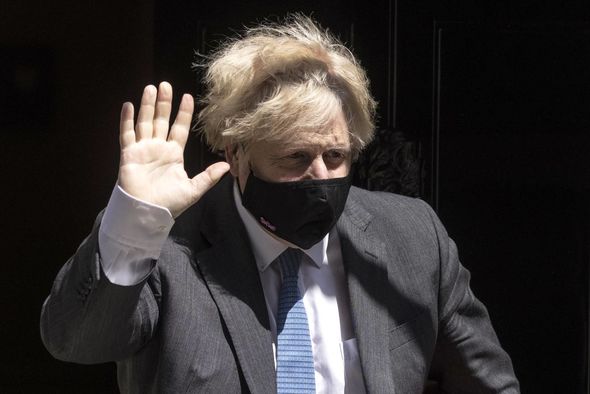 “Last Wednesday at PMQs, the Prime Minister said he was unaware of these contracts, and ever since he has ignored demands for a full [investigation]…”

But Speaker Lindsay Hoyle quickly rose from his seat to tell the SNP Commons leader off for using unparliamentary language.

He branded it a “serious allegation” and urged Mr Blackford to withdraw his comments as “honourable members would never lie”.

The Speaker has the power to tell ministers to withdraw comments if they use unparliamentary language and could even eject them from the sitting. 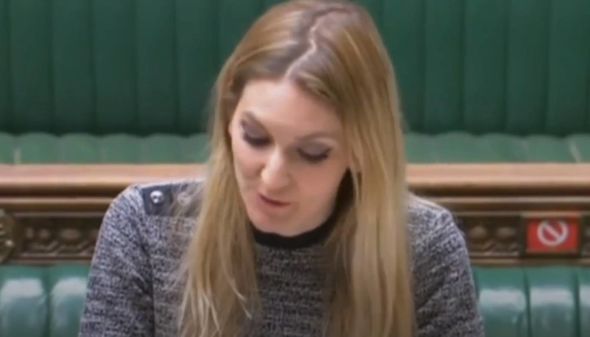 Mr Blackford said he was “being careful” with his language and was simply pointing out the contradiction from Boris Johnson.

Mr Hoyle stood up once more and named Mr Blackford, a disciplinary move, and said he could not criticise the Prime Minister without the correct motion.

The session was to ask the Government about opinion poll funding.

Mr Hoyle added: “I think the language that we use is important for me to keep good order.” 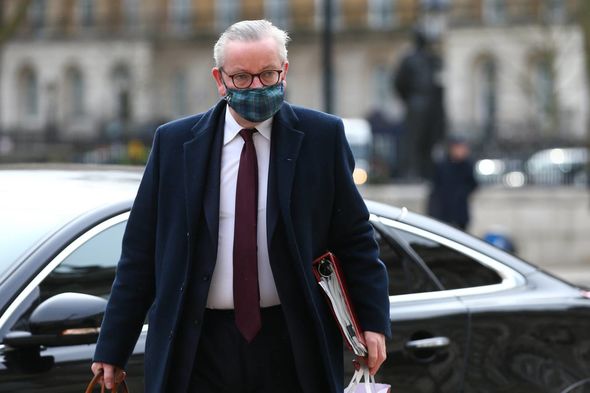 The SNP politician continued his question but was once again stopped by Mr Hoyle for a different reason as he was overrunning his allocated time.

Mr Blackford wrapped up by asking the Government to support an investigation into the reports and wanted them to say how they would do so.

Cabinet Secretary Julia Lopez took to the dispatch box and quipped: “I’ll try to address [him] with facts and not party political allegations first.”

Later on, Mr Blackford could be heard accusing Ms Lopez of lying with other backbench MP heard shouting “kick him out”.

Coronavirus: Report your neighbours to police if they break rule of six, says minister