SNP politicians pleaded for the recruitment age to be increased to 18 from 16 stressing the UK was the only European country or NATO member to allow this process branding the practice “morally reprehensible”. But their suggestions have been brushed aside by Defence Secretary Ben Wallace, who accused the party of being “incoherent” and flip flopping on defence policy.

The SNP’s plans come as part of a number of proposals for the integrated review of foreign and defence policy, restating its opposition to Trident and calling for a greater focus on “regional security in the High North”.

The plans also include an ambassador for “hybrid threats” who would tackle disinformation, political influence and cyber operations.

The SNP’s submission paper to the Ministry of Defence said this was needed in the wake of the Intelligence and Security Committee report on Russia, which was released in July.

Discussing the navy, the party’s submission said: “Scotland hosts no major surface warships, a fact which means that scrambling the Fleet Ready Escort to Scottish waters takes more than 24 hours, as witnessed by the (Russian) Kuznetsov carrier group ‘visit’ to the Moray Firth in January 2014. 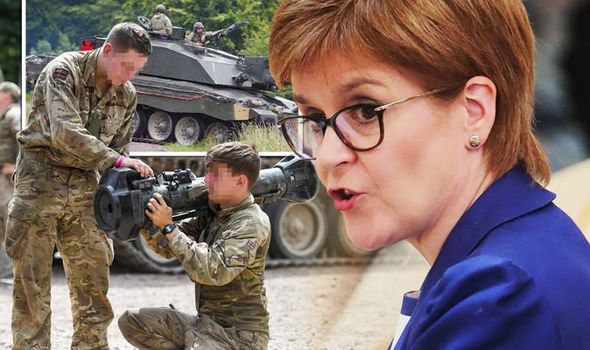 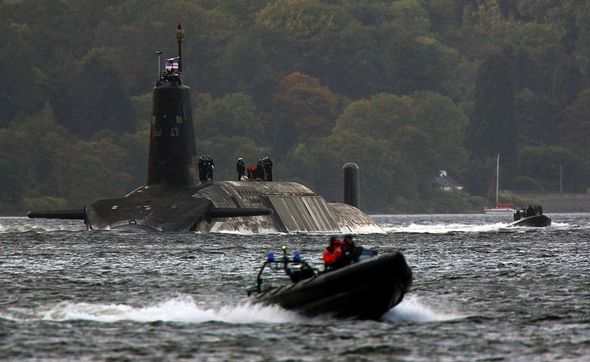 “The Ministry of Defence should address this anomaly by permanently basing surface warships within Scottish waters.”

It continued: “Beyond the financial cost, the opportunity cost of Trident renewal is a heavy burden for the rest of the Armed Forces to bear.

“Scrapping Trident would allow this money to be better spent on conventional equipment, including ships and aircraft within the Royal Navy.”

It added of under 18’s in the armed forces: “While this position has long been morally indefensible, the 2017 Francois Report highlights that it is of increasingly less practical significance, noting that the “increase in post-16-year-olds staying on in education” has “particularly affected recruiting in the Army”. 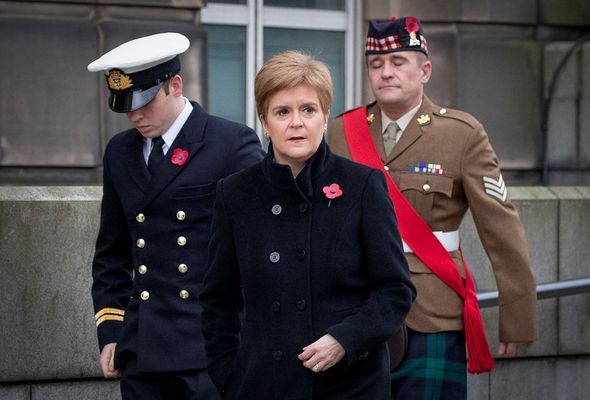 “HM Government must raise the age of recruitment from 16 to 18 years old.”

Responding to the plans, Defence Secretary Ben Wallace, added: “The SNP’s plans for defence are delusional.

“Over the years the SNP has firstly rejected Nato membership, and then more lately decided that they would want to join after all – a view that is incoherent with their views on the deterrent and the fact that Nato is a nuclear alliance.

“Article 5 of the Nato treaty says that an attack on one member is an attack on all – collective state security doesn’t have room for the things that the SNP likes and dislikes. 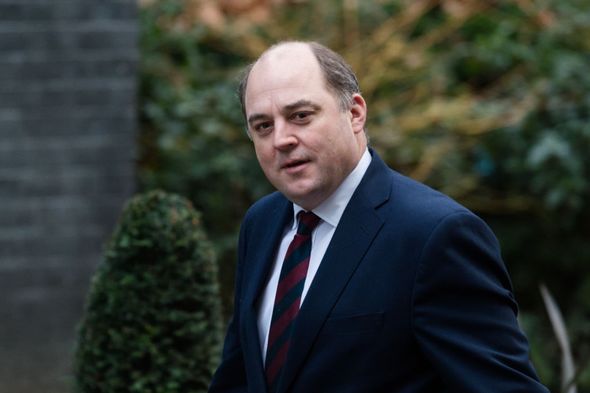 “Or when the nationalists unexpectedly change their minds. Again.”

He continued: “The SNP’s plans for HM Naval Base Clyde – potentially basing a few Scottish surface ships there – show a complete lack of understanding of the complex work that goes on there to deliver our independent nuclear deterrent capability.

“The thousands of advanced nuclear and engineering posts, the hundreds of programme planners and technicians managing the repair and maintenance programme, as well as the highly-trained military and civilian security force, would simply not be required in such numbers just to support a few Scottish surface ships.”

A Scottish Tories spokesman, added: “Scotland continues to benefit by being part of the UK-wide defence system.

“The SNP fail to explain how they would replace the 11,000 jobs that are reliant on the base on the Clyde.”

More Arrests Made Amid New Calls for Investigation of Capitol Attack