NEW YORK (Reuters) – Seven Northeastern states on Thursday extended a shutdown to contain the coronavirus pandemic until May 15, even as President Donald Trump prepared to detail his plan to end the lockdown in the least-affected U.S. states as early as May 1.

Governor Andrew Cuomo extended his stay-at-home order by another two weeks despite a downward trend in key metrics such as hospitalizations that pointed to a stabilization in the outbreak in New York state. He said he was extending the restrictions on business and social life in coordination with six neighboring states that agreed to take a regional approach to reopening.

Last week, Los Angeles extended its restrictions to May 15, and the District of Columbia did the same on Wednesday.

“What happens after that, I don’t know – we will see, depending on what the data says,” Cuomo, whose state is the hardest hit in the United States, told a news briefing.

Later on Thursday, Trump was expected to detail his strategy to begin reopening the devastated U.S. economy by May 1, despite concerns from health experts, governors and business leaders about the dangers of lifting restrictions without widespread testing in place.

The number of deaths recorded in the United States on Wednesday rose by 2,500, a second consecutive daily record. The U.S. death toll in the global pandemic is now more than 31,000, higher than any other nation.

The restrictions have strangled the U.S. economy to an extent not seen since the Great Depression nearly a century ago. Another 5.2 million more Americans sought unemployment benefits last week, the Labor Department reported on Thursday, lifting total filings for claims over the past month to more than 20million.

The Republican president, who has staked his re-election in November on the strength of the U.S. economy, is scheduled to hold a call with the nation’s governors at 3 p.m. (1900 GMT) and said he would announce his plan at a news conference later on Thursday. The White House coronavirus task force is scheduled to hold its daily public briefing at 5 p.m. (2100 GMT).

In addition to the seven-state East Coast coalition, three governors from the West Coast have formed a similar alliance to coordinate any reopening. The 10 states, mostly led by Democrats, together make up 38% of the U.S. economy.

On Wednesday, Trump said data suggested new cases have peaked and that industry leaders in a round of calls offered him good insights into how to safely restart the economy.

But public health experts and business leaders say that comprehensive testing for the coronavirus is a prerequisite for abandoning stay-at-home orders and other social distancing measures to ensure there is no resurgence of infections and in order for people to feel safe.

“We’re ramping up the testing. We’ve got to see what the infection rate is … We’ve got to be careful before we open the door again for schools and everything else,” Connecticut Governor Ned Lamont told CNN. “I can’t simply wait for the federal government’s guidance, but I’ll listen when it comes.”

The total number of cases nationwide rose nearly 30,000 on Wednesday to 637,000, the biggest increase in five days. But not all states have been struck equally.

Eighteen states have recorded fewer than 100 deaths from COVID-19, the disease caused by the coronavirus. On Wednesday, Centers for Disease Control and Prevention Director Robert Redfield said 19 to 20 states had indicated they could be ready to open as soon as May 1, without naming the states.

North Dakota’s Doug Burgum is the only state governor so far to issue his own guidelines for reopening as soon as May 1. 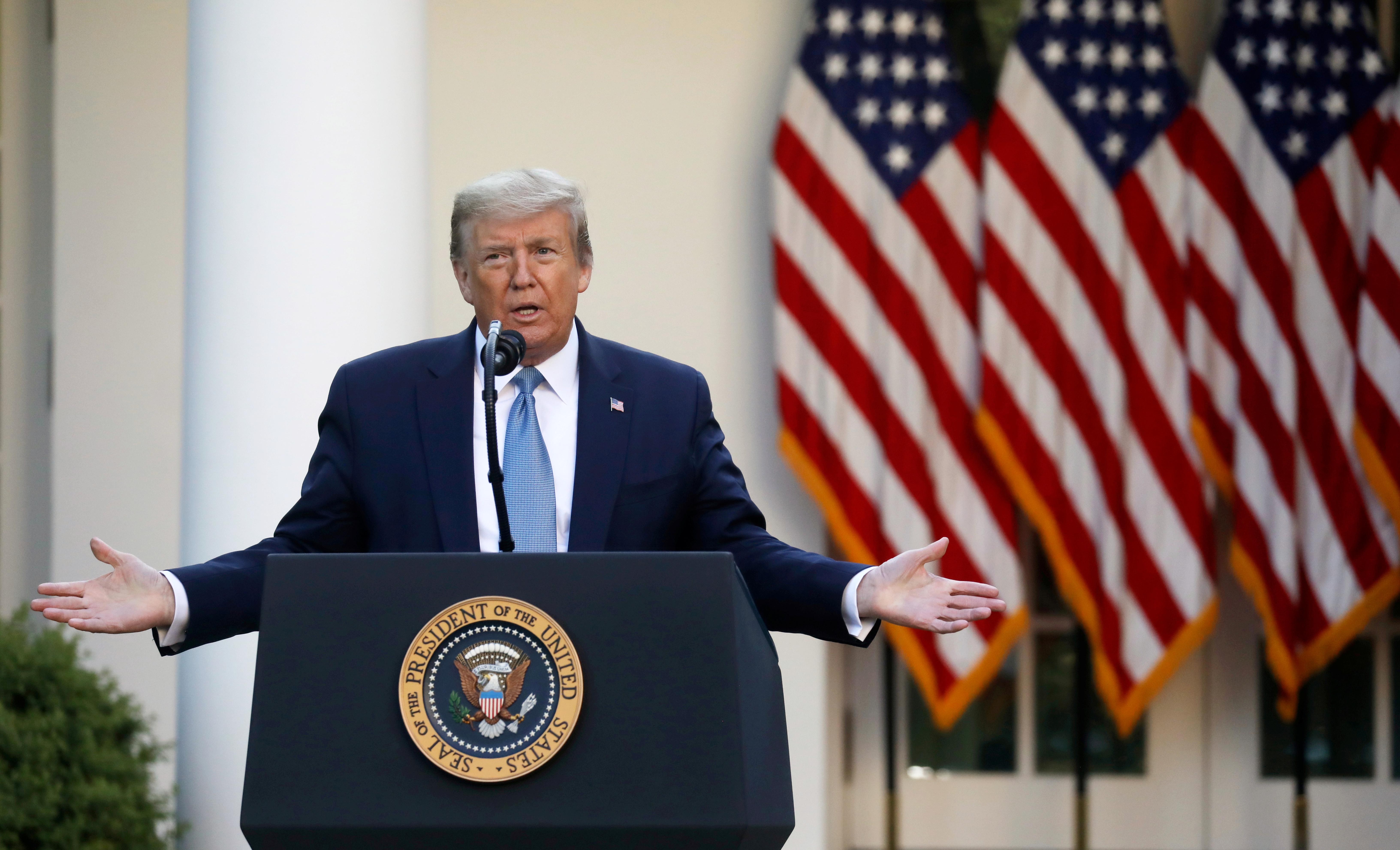 Even within states, urban areas have been hit harder than rural areas. That divide has inflamed political divisions and prompted protests against some state leaders who opted to keep residents at home.

In Richmond, Virginia, about 30 people gathered outside the state capitol building on Thursday in defiance of a stay-at-home order, which the governor has instituted until June 10.

“STOP the MADNESS! It’s just a COLD VIRUS! End the shutdown for the GOOD of US all!” read one sign.

Thousands of demonstrators in cars with horns honking thronged around the Michigan state capital on Wednesday, some chanting “Lock her up,” to protest against stay-at-home orders imposed by Governor Gretchen Whitmer.

Traffic around the statehouse in Lansing was jammed for hours by the rally, dubbed “Operation Gridlock” and organized by a Republican-aligned group.

Michigan has one of the country’s fastest-growing infection rates for the new coronavirus, with more than 27,000 confirmed cases and nearly 1,800 deaths.

Earlier this week, Trump said he had the power to override state governors who did not move to restart activity, but later said he would work with them on their efforts to reopen.

U.S. medical companies and labs have been rushing to expand testing supplies and options, not only to diagnose the virus but also to screen for possible immunity.

Months into the crisis, however, diagnostic tests in the United States are still hard to come by. Capacity to process the tests is also an issue. 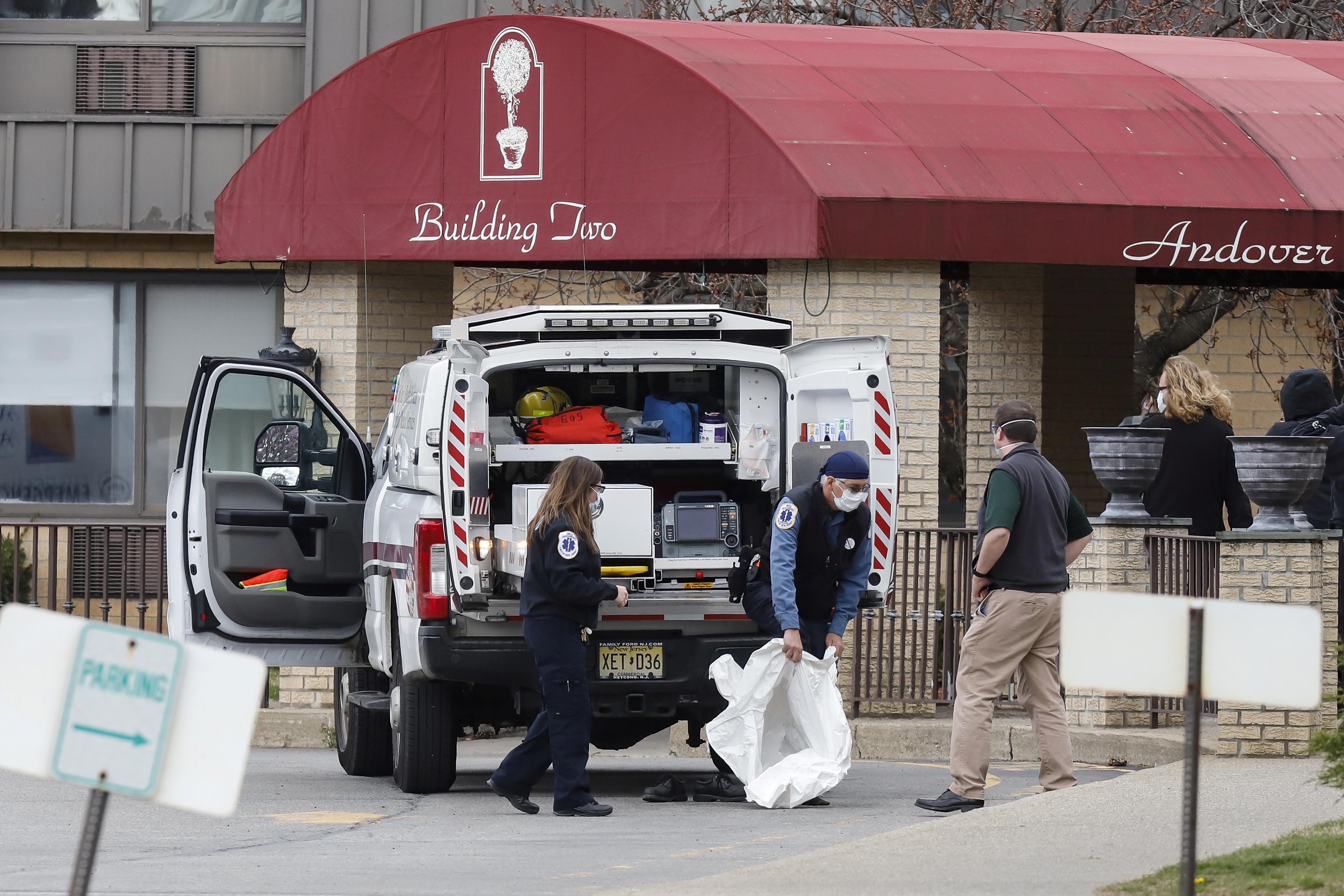 Other companies are developing quick blood tests for antibodies that could indicate immunity and allow workers to return, although researchers said many questions remain.

Even when activity starts again, health experts have said the country will be vastly different, with face masks and continued social distancing the new normal.

Coronavirus: Care provider MHA getting no regular tests due to safety issues